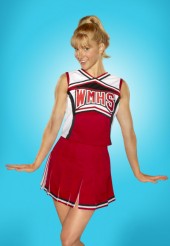 Exclusive Interview: GLEE star Heather Morris gets into the groove

One of the weekly joys of GLEE is getting a weekly Brittany fix. Each week, the writers give Heather Morris, who plays Brittany, some kind of out-of-left field line that usually proves to be absolutely hilarious.

Is Brittany dumb or was she made that way? ASSIGNMENT X caught up with Morris for a few minutes recently to talk about her character, why she loves the opportunity GLEE has afforded her and her own theories into Brittany’s general lack of judgment. 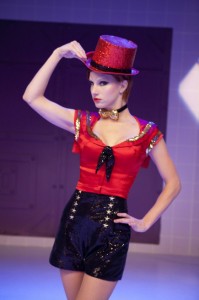 ASSIGNMENT X: When did you realize you were getting all the good lines on the show?

HEATHER MORRIS: I realized it when I would read the script and I would laugh out loud.

AX: And you also bring so much to those line reading as well – you nail them every time.

MORRIS: Maybe it’s the way I look. You just say your lines and you don’t have any emotions. [laughs]

AX: Was your character intended to break out as much as it was?

AX: When did you realize things were changing for you on the show?

MORRIS: When they started giving me storylines. There was a moment when [co-creator] Ryan [Murphy] saw me and thought I should play a dumb girl and they kind of got her and then they realized they could write and say whatever they wanted to through her.

AX: I’m glad they didn’t break her and Artie [Kevin McHale] up on the show. Were you worried?

MORRIS: I was. I thought they were going to stop it. I think they changed their minds. They were going to stop it. We broke up in the “Duets” episodes and they weren’t going to continue it. Then they saw our chemistry. Kevin and I work really well together. I think they saw that, and thought “maybe we won’t break them up.” It’s a good relationship. They both understand each other in a certain way.

AX: With so much to do on the show from acting, singing, dancing, pre-recording the songs – does it get overwhelming at times?

MORRIS: It’s pretty hard. You’re always tired, but at the same time, I sleep very well. I don’t go out – I go home every time I’m done. It turned into a job. You just start working, but it’s good to have vacations. 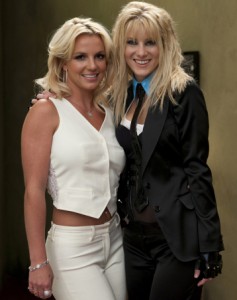 AX: It’s turned into a job, but does it feel like a job?

MORRIS: Actually, none of it feels like a job. That’s what’s weird. I’m tired and the hours [are crazy], and when I’m doing it, I’m learning. It’s like class. Dancing is the love of my life. I’ve been doing it my whole life. It just comes naturally. Singing, that’s hard.

AX: Is there anything else you’d like to do more of on the show.

MORRIS: I think she maybe wasn’t taught right by her parents. She might have parents who were so busy, they never taught her the right things. I’m thinking they’re like NASA engineers and crazy smart, and they’re so focused on their work, they don’t have time to teach her the right morals.

AX: So they let her kid lost in the sewers over the summer ….