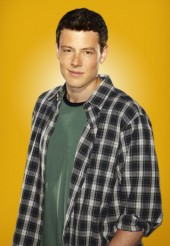 The actor takes five in this AXclusive interview

While many of the characters of GLEE get to wear their emotions on their sleeve, jock and show choir member Finn has proven to be the most introspective.

As played by Cory Monteith, Finn internalizes so much, it’s hard to really pinpoint where he’s coming from at times. Yet, for all his internal strife, he’s also the one character who has grown leaps and bounds with last week’s episode finally having embraced Kurt (Chris Colfer) as his step-brother with open arms.

ASSIGNMENT X caught up with Monteith to talk about Season Two, exploring his voice and covering Queen as the actor takes five in this AXclusive interview. 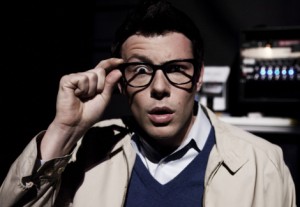 On your break do you go, “I need to explore my voice” or do you want to sleep for a couple of months and worry about it in the fall.

“I think I had eight days off this summer,” says Monteith. “It was welcomed days off, but I tried to sing every day. It was in the shower, it was in the car – wherever the heck I was. It was keeping it bookmarked where I was. I’m just learning all the different parts of my voice, that stuff is all new to me.

“ Yes, and they wrote it in because I’ve been playing the drums since I was a little tot,” adds Monteith.

TAKE 3:
What have been some of the favorite songs you’ve performed?

“Yes and [co-creator] Ryan Murphy has an incredible ability to sort of in the same scene blend something incredibly touching with something incredibly funny,” says Monteith. “I saw it in his movie EAT PRAY LOVE. It’s the same thing. I really understood what his true talents are as a director and writer. That’s one of the coolest things about GLEE, it goes from one to the other seamlessly. 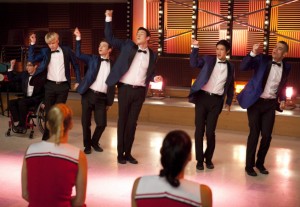 TAKE 5:
What’s the one thing you didn’t expect to enjoy as much as you did with GLEE?

“I started to enjoy the dancing,” he admits. “It’s tricky. It’s the hardest part for me for sure. I’m alright, I’m okay, I’m not good, let’s not go too far. It’s the biggest stretch for me, but at the same time the most challenging things bring the most benefits.”