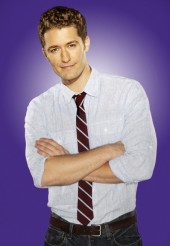 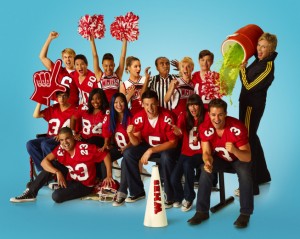 How do you follow the thrills of the Super Bowl? Well, if you’re GLEE, you do an episode featuring Michael Jackson’s classic “Thriller” which airs tonight on Fox right after the big Super Bowl game.

If you’re Matthew Morrison, who stars on GLEE as dedicated high school teacher and glee club champion Will “Shoe” Schuester, this is one more exciting moment in a ride that has seen world tours and two consecutive years presenting at the Kennedy Center Honors at the White House.

Here’s his thoughts on the fortunes GLEE has brought him creatively and career-wise and where Mr. Schuester will be heading during the latter part of Season Two.

ASSIGNMENT X: Are you seeing the enormous success of GLEE as something you’re enjoying in itself, or are you also seeing it as sort of a career booster outside of GLEE?

MATTHEW MORRISON: I think any actor kind of wants to have one project lead to the next, so honestly, it’s not wasted on me that the show is amazing and it’s really done a lot for my career, as someone who’s just done a bunch of Broadway shows to now being of the global stage, so it’s not lost on me at all.

AX: Is Broadway coming to you and saying, “Hey, during your hiatus, would you like to headline …?”

MORRISON: From doing seven Broadway shows in the past, it would be impossible to do a show on my hiatus, since it’s only two and a half months and it takes at least a month just to put up a show. 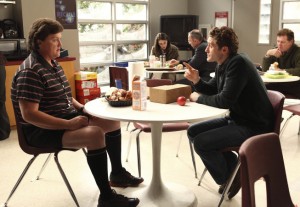 AX: Do you know what you’ll be doing during the upcoming hiatus?

MORRISON: I’m actually going on a world tour this hiatus, with my debut album that’s coming out.

AX: How big is your touring band?

MORRISON: It’s an eight-piece band with three back-up singers. I play the guitar, I play the ukulele, and there are some dancers involved as well.

AX: What was it like being a performer two years in a row on the Kennedy Center Honors?

MORRISON: I think it’s one of the best nights ever, because it brings together New York, L.A. and D.C. and just honoring these amazing legends. And last time, I got to honor Mel Brooks and this time I got to honor Jerry Herman, so it was just an honor to be part of the honors. That is my passion, performing on stage, and that’s what I’ve done for all my life, so this time on GLEE has been a real learning process, because I feel like I spent ten years in New York, and I really figured out who I was as a New York actor. But now it’s kind of like it’s a whole learning process, beginning again. L.A. is a whole different beast. 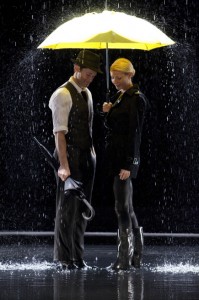 AX: You were on AS THE WORLD TURNS in 2006. What did you learn from that experience?

MORRISON: I had a tremendous amount of respect for soap opera actors after that. I had to literally learn a script a day. It’s something I never want to do again, because I’m not good at memorizing lines and it was just the worst time of my life. It was awful.

AX: How do you see Shoe has developed from first to second season?

MORRISON: Well, the first season, he was married the whole time, so I think the second season has been about – really, if you’re married to somebody, I feel like that’s your life, so I think it’s really trying to figure himself out as a newly single man and who he is as his own person now, without a partner. I think he’s enjoying being single, and he’s making a lot of mistakes, but he’s figuring himself out. He’s got a lot of faults, which I love playing.

AX: As far as how Shoe feels about coaching the glee club, would you say he’s more optimistic or more pragmatic now? Or both?

MORRISON: A little bit of both. I think he’s always wildly optimistic. I mean, that’ll never go away for him. People come up to me on the street saying, “You are the teacher I wish that I had had.” It’s really great to hear that, to know I’m making a difference.

AX: Anything you’d like to say about GLEE that nobody’s asked lately?