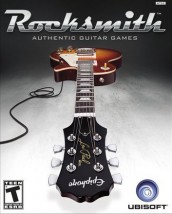 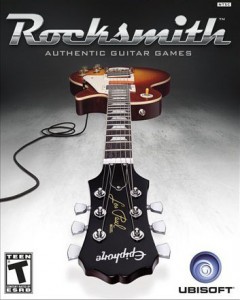 ROCKSMITH – AUTHENTIC GUITAR GAMES
Suggested Retail Price: $79.99 (PS3, XBOX 360, PC)
Cool Yule Factor: Now that GUITAR HERO and ROCK BAND have faded away into the pop culture collective subconscious, Rocksmith has arrived to provide the experience many guitar aficionados felt were lacking by pressing colored buttons on a guitar toy for so many years. And that, of course, was using an actual guitar and playing real notes. ROCKSMITH remedies that with an excellent new game that plugs into your actual electric guitar and allows you to rock out. Like GUITAR HERO and ROCK BAND, you have to hit colored notes on screen, but you’re actually plucking the strings on your guitar to achieve it. Admitting, this is definitely much harder, but the rewards are far greater. It not only improves whatever guitar skills you might have, but there are also many tutorials throughout the game that give you basic guitar playing tips as well. This is a pretty awesome game that also includes familiar tracks by The Rolling Stones (who would have figured “(I Can’t Get No) Satisfaction” had such a simple chord progression to Tom Petty and the Heartbreakers. There’s also everyone else in between. The game comes with a suitably long cord that connects from the console to your guitar. It takes some time to get used to, but once you start getting into the groove, it’s just as fun.
Purchase ROCKSMITH here 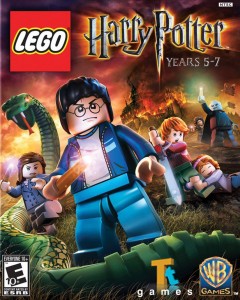 LEGO HARRY POTTER – YEARS 5-7
Suggested Retail Price: $49.99 (PS3, XBOX, Wii), $39.99 (Nintendo 3DS), $29.99 (Nintendo DS, PSP),
Cool Yule Factor: The LEGO franchise is one of videogames best and brightest and has spanned STAR WARS, Indiana Jones, PIRATES OF THE CARIBBEAN and is now on its second Harry Potter iteration. Remedying some of issues with the first Harry Potter release and adding new tricks (you can now use a spell to carve out holes in walls, etc.), this is a wonderful game for the whole family. Yes, it gets dark in the movies, but the humorous LEGO interstitials are handled in clever ways and you don’t have to save up your LEGO coins life savings to get Lord Voldemort this time out. A great release. I can’t wait for the ultimate edition that combines all seven years onto one super disc.
Purchase LEGO HARRY POTTER here 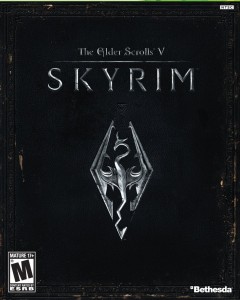 THE ELDER SCROLLS V: SKYRIM
Suggested Retail Price: $59.99 (PS3, XBOX, PC)
Cool Yule Factor: We can’t give SKYRIM a higher rating. 6 out of 5! 11 out of 10! No game in a very long time has given so much pleasure and fun for such a long time as SKYRIM has. And sales of the game have been astronomical as everyone has gotten on board in order to play a game that will last them 100 or more hours (more likely 150). Of course, this is the follow up to THE ELDER SCROLLS IV: OBLIVION which itself was an amazing game and considered one of the best games of the past decade. SKYRIM makes OBLIVION look like chopped liver. Kill dragons, kill giants, kill hundreds of beasts and a slew of random characters throughout a gigantic landscape that is not just beautiful but open to doing whatever you want. A must have for the gamer in your family.
Purchase THE ELDER SCROLLS V here 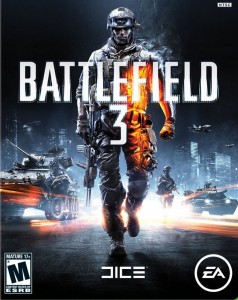 BATTLEFIELD 3
Suggested Retail Price: $59.95 (PS3, XBOX, PC, PC Download)
Cool Yule Factor: When Electronic Arts put out BATTLEFIELD: BAD COMPANY 2, it was assumed this would be the awesome long-lasting game we had been looking for from the franchise. It wasn’t and quickly lost favor among players. Then came along BATTLEFIELD 3 and this is the game we have been waiting for – beautiful graphics, great maps, compelling classes of playable soldiers, loads of vehicles and lots of nooks and crannies to keep things interesting. The awesome thing is that they already have come out with four new maps just a month and a half after the original maps were released. Perfect game for the shooter in your family needing a fix.
Purchase BATTLEFIELD 3 here 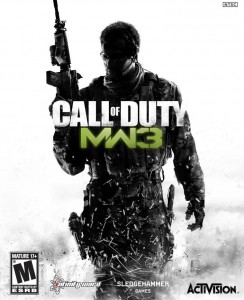 CALL OF DUTY: MODERN WARFARE 3
Suggested Retail Price: $59.99 (XBOX, PS3, PC, PC Dowload), $49.99 (Wii), $29.99 (Nintendo DS)
Cool Yule Factor: Some may call this MODERN WARFARE 2 but just with a shiny new coat of paint. The real winners are the ones that play multiplayer as they have tremendously upped the ante in terms of how online play is delivered … keeping the cool stuff and doing away with some of the things that used to piss you off. While the single player aspect may have lost a step, still worthwhile for those that enjoy killing random fools on the Internet.
Purchase CALL OF DUTY – MODERN WARFARE 3 here 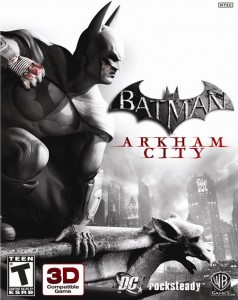 BATMAN: ARKHAM CITY
Suggested Retail Price: $59.99 (PS3, XBOX), $49.99 (PC)
Cool Yule Factor: How do you follow up one of the best games of all of 2010? Make it bigger, badder and bolder than before. ARKHAM CITY takes the game that put a breath of fresh air into BATMAN games and ups the ante with more characters, more bad guys, a bigger playing field and a richer storyline with a slew of new stuff to do that will keep any gamer busy for hours. If you have a fan of DC Comics that plays games and enjoys a single player action title, look no further, this is exactly what you want and need for them for the holidays.
Purchase BATMAN: ARKHAM CITY here

DEAD ISLAND
Suggested Retail Price: $59.99 (PS3, XBOX), $49.99 (PC), $39.99 (PC Download)
Cool Yule Factor: Creating a new zombie game is a bit tough considering the genre has been thoroughly developed at this point, but what this game did was take the best of LEFT 4 DEAD and combine it with the best of DEAD RISING to create a hybrid RPG co-op. While you do not have to play with others, it makes the experience a little more fun and makes the game a bit easier as it gets harder and harder as you level up and go further into the game. With all the bugs now worked out, your zombie lover will have a blast playing this fun game.
Purchase DEAD ISLAND here 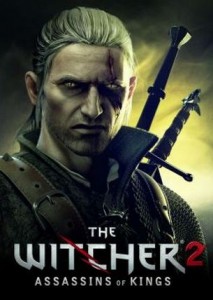 THE WITCHER 2: ASSASSINS OF KINGS

THE WITCHER 2: ASSASSINS OF KINGS
Suggested Retail Price: $59.99 (XBOX), $49.99 (PC), $39.99 (PC Download)
Cool Yule Factor: Looking for an action RPG that is uber fun and challenging that’s not going to take your life away like SKYRIM will? THE WITCHER 2 is the game for your holiday buyer. The original game was fun because it added a new combat system to the traditional way and a surprisingly fun storyline with a slew of extra adventures added in. The sequel basically amps this up 100 fold with some cool replayability factors built in as well as a challenging combat system and interesting characters that join you along the way. Again, no multiplayer but it isn’t needed as your gamer will have loads of fun by himself and it is priced lower than some of the other games here.
Purchase THE WITCHER 2: ASSASSINS OF KINGS here 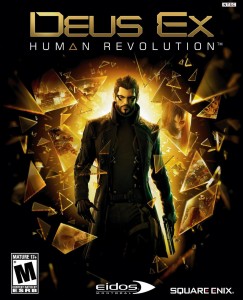 DEUS EX: HUMAN REVOLUTION
Suggested Retail Price: $59.99 (PS3, XBOX), $49.99 (PC), $39.99 (PC Download)
Cool Yule Factor: This is also priced lower as it came out earlier than some of these other games on the list, but this is almost a throwback game to a time when things were more simple but still fun. DEUS EX continues that same universe from previous games where modded implants in the playable character’s body allow him to do some extraordinary things. With a conspiracy in full force to bring down one of the largest corporations of the future, you will need all of these new tools in order to win the day. It is a fun and action packed mini-RPG that will appeal to those first person shooters you are buying for.
Purchase DEUS EX: HUMAN REVOLUTION here 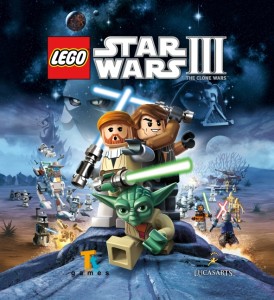