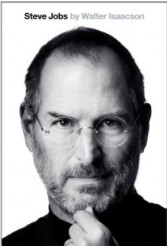 Featuring the Steve Jobs and Darrell Hammond bios, the hilarious BENT OBJECT OF MY AFFECTION, THE HUNGER GAMES trilogy and the new Stephen King novel 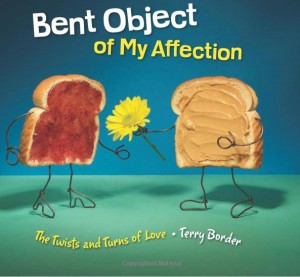 BENT OBJECT OF MY AFFECTION by Terry Border
Suggested Retail Price: $13.00
Cool Yule Factor: Terry Border has created one weird art book, but it’s irresistible. The idea is taking every day objects, adding some bent wire and highlighting the nature of love in incredibly unique ways. Some of them are obvious. One picture is called “I love Your appeal” and it has two unskinned bananas snuggling underneath the sheets with the peels on the floor. Yet, as provocative as that sounds, the book is rather innocent in its approach throughout. It’s hard to take inanimate objects and give them life, but Border does it effortlessly and it will appeal to those with a similar, morbid sense of humor.

Purchase: Bent Object of My Affection: The Twists and Turns of Love 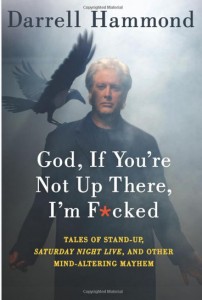 GOD, IF YOU’RE NOT THERE, I’M F***ED by Darrell Hammond

GOD, IF YOU’RE NOT THERE, I’M F***ED by Darrell Hammond
Suggested Retail Price: $25.99
Cool Yule Factor: One of SATURDAY NIGHT LIVE’s great impressionists also had one of the best kept secrets in the business – he was a total screw up, a drug addict and even had a multiple personality disorder (among other mental issues). These are all shocking revelations from a funny comedian and he handles them in the book with a razor sharp wit. The book digs deep into his personal life and his messed up childhood, but it’s reflections on his time at SATURDAY NIGHT LIVE that is the most interesting especially when he takes hosting celebs like Paris Hilton down a few pegs.
Purchase GOD, IF YOU’RE THERE, I’M F***ED by Darrell Hammond 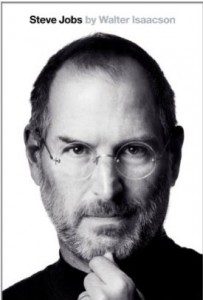 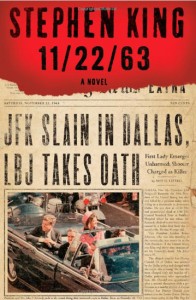 11/22/63 by Stephen King
Suggested Retail Price: $35.00
Cool Yule Factor: You can’t go wrong with a new Stephen King novel. And while he has definitely stepped out of his comfort zone over the years, he certainly steps way over the line into a whole other genre with his latest. The story follows a man going back in time to try to stop the John F. Kennedy assassination. At a whopping 849 pages, expect an amazingly well-told and detailed journey to keep anyone glued to the page over the holidays.
Purchase Stephen King’s 11/22/63 HERE 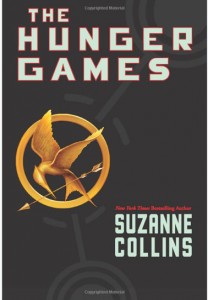 THE HUNGER GAMES by Suzanne Collins

THE HUNGER GAMES TRILOGY BOX SET by Suzanne Collins
Suggested Retail Price: $53.97
Cool Yule Factor: Like TWILIGHT, it all started with a book and next year’s big movie attempt at tapping into that Tween zietgiest begins with this book series by Suzanne Collins. There’s elements of THE RUNNING MAN, THE MOST DANGEROUS GAME, LOGAN’S RUN and DEATH RACE 2000 here as it follows the story of one boy and one girl from each district in a future world who must fight to the death on live TV. All three books are here and thankfully there’s not a single emo vampire in sight. For the Tween who’s grown past vampires and is looking for something with a little more substance.
Purchase THE HUNGER GAMES TRILOGY here