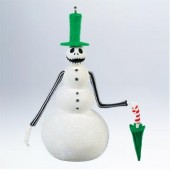 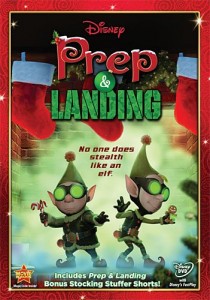 PREP AND LANDING
Suggested Retail Price: $19.98
Cool Yule Factor: One of the few really good modern-day animated specials (and it won an Emmy Award for Outstanding Animated Program as well).  The story follows crackerjack elves that aid in Santa’s gift delivery every year. In this case it’s a mismatched pair – one is a disgruntled elf named Wayne and his new partner – the idealistic Lanny. There are two PREP AND LANDING bonus shorts as well as some nice bonus features including Elf training videos and more. Unlike many bare bones Holiday DVDs, this one is packed.
Purchase PREP AND LANDING here 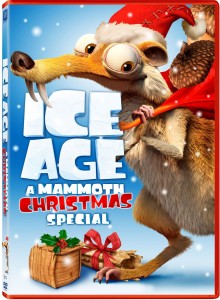 ICE AGE: A MAMMOTH CHRISTMAS SPECIAL
Suggested Retail Price: $7.98
Cool Yule Factor: The heroes of the ICE AGE feature films take time for a Christmas celebration in another fun adventure that leads everyone to the North Pole. The voice talent from the films (Ray Romano, John Leguizamo, Denis Leary and Queen Latifah) return and ICE AGE wouldn’t be complete without a Scrat appearance (with some nods to the Nutcracker and THE GRINCH) with his little adventures in securing a nut. The special features are limited to a music video and a preview of next years ICE AGE: CONTINENTAL DRIFT movie, but this also has the potential for being another annual Christmas special treat and it’s a bargain for under $8.00.
Purchase ICE AGE: A MAMMOTH CHRISTMAS SPECIAL here 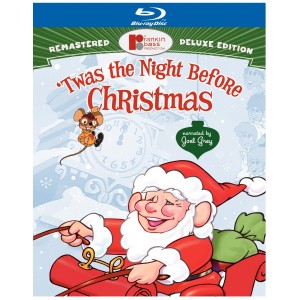 ‘TWAS THE NIGHT BEFORE CHRISTMAS DELUXE BLU-RAY
Suggested Retail Price: $24.98
Cool Yule Factor: One of the most underrated of the Rankin/Bass holiday specials – it’s also, along with FROSTY, one of the rare 2D animated specials they produced amongst their classic stop-motion glory days. It’s now available on Blu-ray for the first time and follows a little mouse who doesn’t believe in Santa and manages to put the entire town on Santa’s naughty list for an imflammatory letter. Great songs, great message – and finally it’s getting its own separate Blu-ray release to remind people what a treasure this 1974 gem is.
Purchase TWAS THE NIGHT BEFORE CHRISTMAS BLU-RAY here 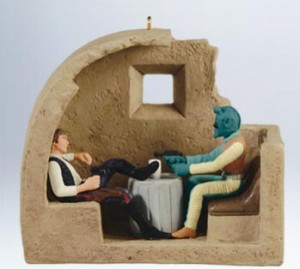 HALLMARK KEEPSAKES
Suggested Retail Price: Various Prices
Cool Yule Factor: Every year, Hallmark comes up with clever new Keepsake Ormaments to hang on your tree – ranging from traditional Christmas themes to pop culture savvy items. This year, there’s the expected STAR WARS Keepsake’s (you have Showdown at the Cantina between Han Solo and Greedo where you don’t have to worry about who shoots first), Yoda and a LEGO Darth Vader, while classic STAR TREK is captured with a scene from the “Mirror, Mirror” episode and a Spock figure. For more modern day Keepsakes, there’s a TWILIGHT love triangle ornament, Captain Jack Sparrow from the PIRATES OF THE CARIBBEAN movies and of course Harry Potter. Our personal favorite though is “A Snowy Surprise” featuring Jack Skellington from A NIGHTMARE BEFORE CHRISTMAS as a Snow Man.
Purchase HALLMARK KEEPSAKES here 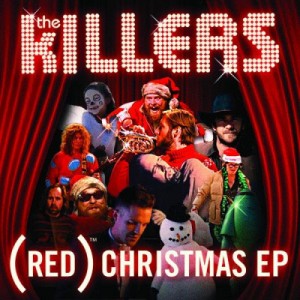 THE KILLERS – (RED) CHRISTMAS EP
Suggested Retail Price: $5.99
Cool Yule Factor: It’s been a Christmas tradition since 1996 that alt rock band The Killers would release a brand new Christmas single like clockwork. The songs all benefited the (RED) global fund. And now all six songs (including this year’s track) are included in one download exclusively to iTunes. There’s a cheeky flavor to the various tracks. “Don’t Shoot Me Santa” is hilarious and “Happy Birthday Guadalupe” has a nice Spanish flavor. The two tracks that best exemplify the Christmas spirit though are “A Great Big Sled” and last year’s lilting “Boots”. And this year’s song “The Cowboys’ Christmas Ball” is another fun slice of Christmas cheer where frontman Brandon Flowers gets his cowboy boots on for a little jangly dustbowl ditty.
Download THE KILLERS CHRISTMAS EP here