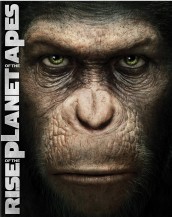 Also worth checking out: FRIGHT NIGHT, SLEDGE HAMMER! THE COMPLETE SERIES, SWITCHED AT BIRTH: VOLUME ONE and more 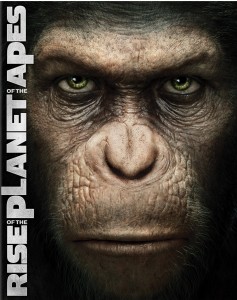 RISE OF THE PLANET OF THE APES | © 2011 Fox Home Entertainment

RISE OF THE PLANET OF THE APES – If you can get past the flaws in the film that teeter on actually ruining it completely, then RISE is actually worth a watch and enjoyably so even without anyone screaming about “Damn dirty apes.” In essence, RISE is just CONQUEST OF THE PLANET OF THE APES as it shows how the apes were able to take over the Earth, or at least alludes to it. See, we know that some attempt to cure Alzheimer’s makes the Chimp Caesar self aware and more intelligent than he was already, but we never really get to see it in action. Plus, why are all these apes living in San Francisco area? Again, if you can look past the errors in the plotline, the rest is quite good and even does a great job in offering up some surprises here or there. A whopping eight featurettes are included on the Blu-ray version along with audio commentaries and deleted scenes. 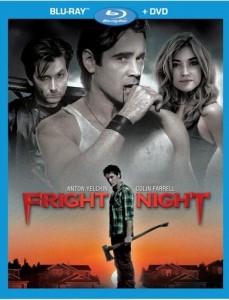 FRIGHT NIGHT – I know most of the lame remakes oh classic horror films usually go down in flames as a pale shadow of what came before, but actually this is probably one of the better turns mostly because of the awesome performance of DOCTOR WHO favorite David Tennant as Peter Vincent, who is hilarious and is hands down the best part of the movie. They should really think about putting out a movie with Vincent’s character as the lead as he steals the show. Anton Yelchin stars as Charley Brewster who begins to get the feeling a vampire is his new neighbor (Colin Farrell) after weird sh** starts happening and people go missing.  He’s also got a way-too-hot-for-him girlfriend in Imogen Poots who Farrell is interested a little too much in. While it doesn’t master the charm of the original, nor is it as bad as the sequels to the original were, it is worth checking out indeed for Tennant’s performance and for the hotness of Poots. 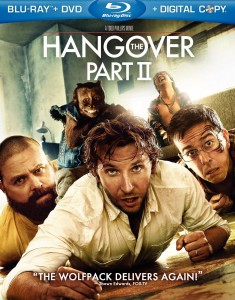 THE HANGOVER PART II – I missed this last week but the second edition of the Wolfpack coming back and once again getting in way over their heads is actually still a very fun and funny movie. But it does not capture the same special something the original had. But there are some great moments and it is worth adding to your collection or Netflix queue. Some really good featurettes as well that are just as hilarious on the Blu-ray version. 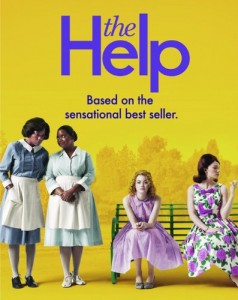 THE HELP – The film based on the book of the same name is an inspirational powerhouse focused on a slew of different women in the 1960s South that build a friendship based on a secret project. With a very extensive cast including Emma Stone, Viola Davis, Bryce Dallas Howard and Octavia Spencer and a nice set of bonus features including interviews with the real life maids from the time and much more, this is worth your time for sure if you enjoy such type films.

TORA! TORA! TORA! – One of the first film’s that showcased the horrors of the attacks on Pearl Harbor starring Martin Balsam, James Whitmore and Jason Robards arrives on Blu-ray for the first time. The Blu-ray includes the so-called “Japanese Cut” containing about 10 minutes of never-before-seen footage as well as photos from the film and the set and much more. 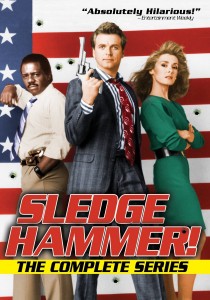 SLEDGE HAMMER! THE COMPLETE SERIES – I used to love this show when I was growing up because it was just completely off-the-wall stupid. Sledge (David Rasche) took on just about anyone that was threatening the streets he was sworn to protect whether it be the Mafia, Elvis impersonators and much more ludicrous characters. This left him to become much celebrated in the police force but just as much irritated by his police captain. Each week, Sledge would use some random gun that a cop would never use to solve crime and fight the bad guys. Of course, that’s what made it funny. Now, the whole series is available in one great collection.

BIG LOVE: THE COMPLETE COLLECTION – HBO’s groundbreaking series about a polygamist and his three wives that are wrapped up in a number of scandalous events and people comes to DVD in the complete collection including all 53 episodes of the show on 20 discs from all five seasons. Also available if you have already bought the other four seasons already and don’t want to buy the full collection, you can also get THE COMPLETE FIFTH SEASON on DVD as well. 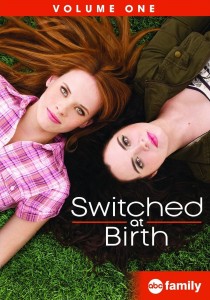 SWITCHED AT BIRTH: VOLUME 1 – Shockingly this ABC Family program – brought to you by the people that created THE SECRET LIFE OF THE AMERICAN TEENAGER – is actually not too shabby as it focuses on two different women and their places in life after growing up in two separate families but they should have grown up in the opposite family. One an artist that had wealthy parents, the other a deaf athlete that’s poor. The point that both must realize is that it matters not where you grew up but what’s in your inner being. 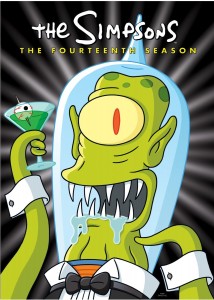 THE SIMPSONS: THE FOURTEENTH SEASON – The DVD and Blu-ray set includes all of the episodes from the 14th season including the landmark 300th episode with Tony Hawk and Blink 182. As always with every season of THE SIMPSONS it is loaded with extras including audio commentaries, a slew of deleted scenes and some cool featurettes. Now, while the show is on Season 23, they are a bit behind on the current season but still definitely worth collecting if you are a fan of the show. 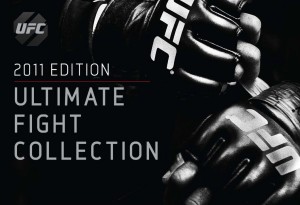 UFC: ULTIMATE FIGHT COLLECTION 2011 EDITION – How cool is this? A 20 disc set that features more than 40 hours of fighting from numerous events from the UFC throughout 2011 and some of 2010. This includes some 10 hours of never before seen footage and a handful of featurettes and bonus features not available on any previous collection. Jam packed with loads of bouts from pay-per-views, TV specials and other live events, this is a great gift for any fan of mixed martial arts.

Article Source: Assignment X
Article: Blu-ray and DVD picks of the week including RISE OF THE PLANET OF THE APES