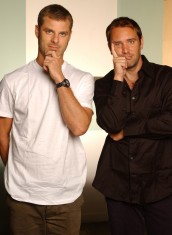 Breaking News: SOUTH PARK isn’t over according to Trey Parker

On THE DAILY SHOW he says the show will continue in the fall, even though the midseason finale offered mixed signals 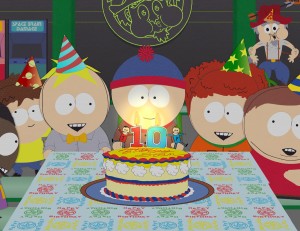 Many SOUTH PARK fans were a bit perplexed and concerned by Season 15’s spring finale “You’re Getting Old” which featured Stan turning into a “cynical ***hole” on his tenth birthday and ending with the divorce of his parents.

Many thought this was the end of SOUTH PARK as we know it – and considering creators Trey Parker and Matt Stone were Broadway sensations with BOOK OF MORMON (and took home a slew of Tony’s last week too), there could have been some truth to this.

However, not only did both Parker and Stone thank SOUTH PARK fans upon accepting their Tony wins, they also sat down with THE DAILY SHOW WITH JON STEWART this week and clarified things further.

“We did that last episode by the seat of our pants,” Parker told Stewart. “Obviously it had a lot of theme and things we were feeling in it. And we came back and people were like ‘Are you okay? Is the show coming back.’ And we’re like ‘Yeah.’ We had a fun time doing that. We don’t know what’s going to happen, but we’ll figure it out in August.”

So let’s all let out a collective “whew” now!