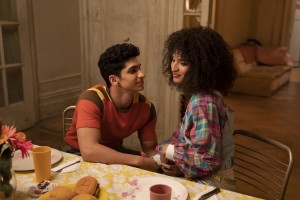 On FX Networks’ POSE, now in its second season on Tuesday nights and renewed for a third, Angel Bismark Curiel plays Lil Papi. Papi is a former street hustler and small-time drug dealer who has given up both to become part of the House of Evangelista, headed by “Mother” Blanca (Mj Rodriguez). Unlike most of his Evangelista family and friends, Lil Papi has modest ambitions, at least so far. Papi doesn’t want to be a parent, a business owner, or a star, and while he’s supportive of everyone’s activism on the part of gay men, transgender people and those with AIDS, he’s not an activist himself. Papi just wants to be a good son to Blanca, a good brother to his House siblings, and a good boyfriend to housemate and budding supermodel Angel (Indya Moore). Also unlike most of his peers, Papi is neither transgender nor predominantly gay, though he seems open to any possibilities and accepts everyone for who they are.

ASSIGNMENT X: How did you get involved in POSE? Did you specifically try out for Papi, or did you go in on a general audition?

ANGEL BISMARK CURIEL: No, I specifically tried out for Papi.

AX: What did they tell you about Papi when you tried out?

CURIEL: Originally, I got the breakdown, and it was very minimal, it was a sixteen-year-old guy that happened to be Dominican. And that was really it, off the top of my head, that was on that breakdown. So it was really up to the sides that I had got to get [prepared] for that character.

AX: At least at the beginning, do you think Papi has any kind of judgment about the people around him, that he just doesn’t express it for the sake of his housing, or do you think he’s truly nonjudgmental?

AX: Do you think that Papi is going to start thinking about what he wants out of life, or do you think he’s going to continue to go with the flow?

CURIEL: I think there are definitely going to be moments of contemplation of what is it that Papi is going to do with life. I think that’s just part of growing up. Every human being goes through it, experiences it, so it’s only natural for a character in his circumstances to also go through it. 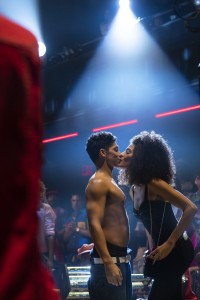 AX: Your real first name is Angel, and the name of your love interest on POSE is Angel. Is that ever confusing on set, when people say “Angel,” to know if they mean you, or if they’re talking to Indya Moore about her character?

CURIEL: Sometimes. I know some people want to address by real names, the character names, and they go back and forth, so sometimes, you kind of go, “Huh?”

AX: A lot of POSE is set in the New York trans ballroom scene in the ‘90s. When Papi performs at the balls, it’s usually backing up his House of Evangelista family rather than showcasing himself, but do you watching the ballroom scenes, on set and/or for real?

CURIEL: I do, yeah. I have a blast. It’s one of my favorite things, because it’s filled with everything from so much chaos to so much love to so much fun. And just to be able to be in that space and witness that is a whole different ordeal.

AX: There’s one scene in Season 1 where Papi walks a ball as kind of a rapper.

AX: Was that based on a particular rapper? Did you already know how to do that, or did you get some help from production?

AX: Did you enjoy that?

AX: Did you have to learn how to do anything to play Papi?

CURIEL: I think one of my favorite things about playing Papi is that it did come with such fluidity for me. I’m an urban kid. I grew up in Liberty City, Miami, which is a rough part in Miami, so it felt natural to me to step into that role of a young kid that knows where his life is, might know what it is that he wants, and go for it. 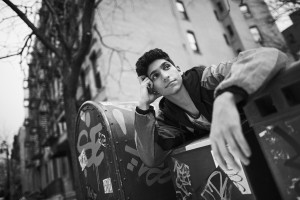 CURIEL: I feel like we explore so much on the show – race, sexuality, gender – these are all topics that get explored on the show, so obviously, all those kinds of questions are always fun, because it keeps me on my toes, it keeps me learning.

This interview was conducted during FX Networks’ party for the Television Critics Association (TCA) press tour.