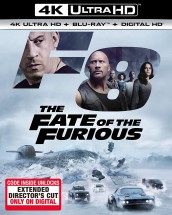 © 2017 Lionsgate Home Entertainment
THE FATE OF THE FURIOUS

Your weekly roundup of things out on video this week in all formats.

THE FATE OF THE FURIOUS 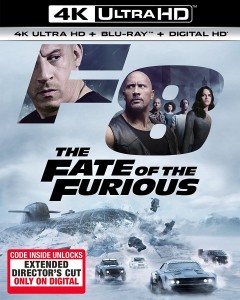 THE FATE OF THE FURIOUS | © 2017 Lionsgate Home Entertainment

The FAST AND FURIOUS franchise is an interesting one in that it is a series of films that began mediocre, went belly up, then inexplicably rose from the ashes to become a huge, mega hit at the box office and with critics. It’s a crazy story and one that nearly never happens in Hollywood. TRANSFORMERS comes out bad, stays bad for a dozen movies even though people continue to go and see the films in the theater. FAST AND FURIOUS can actually say that at one point the films were actually good in addition to making a ton of cash.

That brings us to THE FATE OF THE FURIOUS, the eighth movie and finally maybe a return to those old ways of mediocrity. This one involves Dom (Vin Diesel) turning his back on the crew and working for an expert hacker played by Charlize Theron and the rest of the group having to find their way without their long leader. Now don’t get me wrong, there are some bananas crazy car chases in this but once again it becomes tired and instead of just being fun at the expense of lots of car deaths it seems a bit forced. Good news is that it is available in 4K which means you also get the Blu-ray and digital copy as well. Plus there are about five featurettes on the making of the film, extended fight scenes which is always a cool feature and audio commentary. 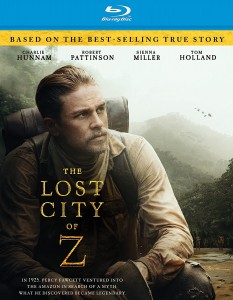 This may seem like the perfect title for a zombie film about a group of explorers looking for treasure that happen to enter the wrong forgotten city with a bunch of flesh-eating monsters. Hell, I wish it was this. That sounds like a cool Lucio Fulci type of flick or even a tribute. However, it instead stars Charlie Hunnam as an adventurer that explores the Amazon looking for a previously, unknown advanced civilization. The flick also stars Tom Holland, Sienna Miller and Robert Pattinson so there is no lack of talent here and it is a decent enough story. But anytime a Z is in the title we gotta have zombies, that’s like film school 101. 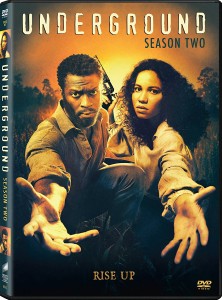 The story of slaves working to escape to a free north continues in WGN’s ground-breaking series UNDERGROUND. Season two begins with the country on the verge of civil war because of the slavery issue. That makes escaping to the North that much harder than it was originally, and was hard already. The series is based on actual events including the heroes that actually helped slaves escape before, during and after the great war in the United States. Not a lot on the special features beyond deleted scenes and a gag reel, which seems out of place for this type of series but whatever. 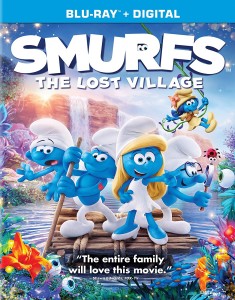 When I see a name like THE LOST VILLAGE I expect zombies … OK I’m kidding about this one, or am I? I’m not sure how many SMURF movies there have been but it seems like a lot. I guess if kids keep going, or if parents keep taking them, it will continue to be a franchise. I know this because I took my kids to this movie. It’s not half bad. It is entertaining with enough potty humor and slapstick that it gets kids attention but it may be limited, teens may not be into it. I mean this isn’t Pixar level quality and they aren’t going for that, just more of a general entertainment option for children. It is available in 4K which is cool, and you get the standard Blu-ray and digital copies as well along with it. Extras include a whopping 11 featurettes on the making of the film, music videos, audio commentary and deleted scenes. 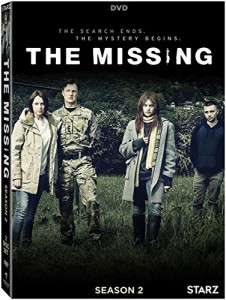 The Starz and BBC series about a woman that returns back to her hometown, 11 years after she was reported missing. The return sends shockwaves through the small town and the family is thrown into turmoil because of secrets and lies that may tear that whole town apart. In season two, continues the old school mystery that does away with anything that’s sexy or glamourous and with very little violence instead of focusing on atmosphere and tension to do the trick of developing and telling the story. Not a heck of a lot on the DVD extras so this is mainly for hardcore fans or those looking to catch up or even watch for the first time this impressive drama. 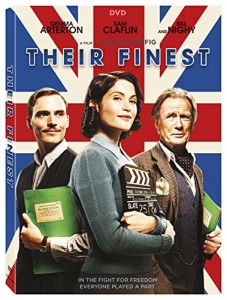 Apparently this is based on a best-selling novel about life in Britain during World War II and how citizens went about efforts to boost the country’s morale after, you know, constantly being bombed by German planes. Gemma Arterton stars as an untested screenwriter that works with a skeleton film crew to product content that will hopefully boost spirits. While billed as a comedy it is much more of a drama than an outright comedy. Are there comedic moments? Yes. Is it enough to move it out of the drama category? No, not with the material here or even how it is presented. Still it shows the importance of how every day citizens worked to help against the enemy in a unison fashion, something we could use a lot more of these days.

Article Source: Assignment X
Article:  The Fate of the Furious and more Blu-ray, 4K, DVD reviews for the week of July 11, 2017