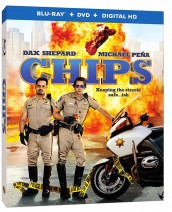 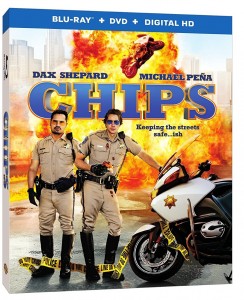 When I saw the original trailer for the CHiPS movie I thought it looked OK and it might have some funny moments but I thought about how many people actually will get the actual references to the classic television show. There’s an entire generation that has no clue about Ponch and Jon. So it already had some issues with people knowing what this was about. It showed as it didn’t perform well in the theaters. In the movie version, Ponch is an undercover federal agent investigating a million dollar heist and joins the CHP teamed with Jon, a former pro motorbiker. Of course, they don’t get along at first and then find a common task of taking down bad guys. It is a storyline that has been done numerous times over and while there are some funny moments here but it is incredibly formulaic. Might be worth a rental if you need a few laughs. 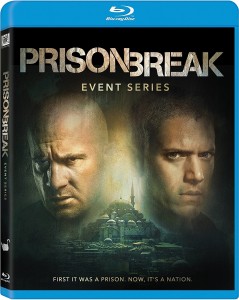 So I was a huge fan of the original PRISON BREAK. The first season was spectacular. The second season was good but not great and it slowly trickled down after a few seasons to being just mediocre, relying on the fans it had established in the first great season to carry it. As they have been bringing back a number of old series and rebooting them such as THE X-FILES, 24, GILMORE GIRLS and more, they decided to do this with PRISON BREAK leaving me a bit worried and a bit excited. The Event Series is kinda a mess. Instead of giving us some early background as to why Michael Scofield (Wentworth Miller) is alive and what he’s been doing, we are presented with a bit of mystery and a throwback to when they were locked up in a Panama prison. It doesn’t work well, unfortunately. The characters are still great and you still have that connection to them so that is worthwhile, but how they decided to do this left a lot to be desired. Still, I can see if you missed it when it aired, this would be a nice easy way to catch up. The Blu-ray set includes some good featurettes, deleted scenes and more. 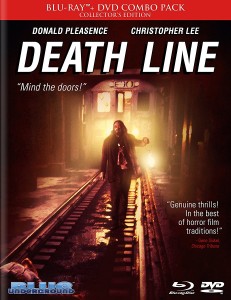 This is also known as RAW MEAT about a tribe of people that are no longer humans but love to eat them. Apparently in the 19th century some tunnel workers were long thought to be dead. But they survived by feasting on each other and they developed an underground enclave where they hunt the streets for victims. Starring Donald Pleasence and Christopher Lee, the horror flick is a classic that has never before been issued on Blu-ray. This is a Blue Underground production so you know it is loaded with new content and has been transferred to 2K from the original uncensored negatives. The extras include audio commentaries, new interviews, original promo materials and a bonus collectable book with new content. 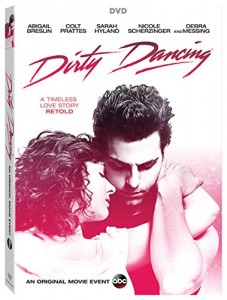 The classic DIRTY DANCING helped to launch Patrick Swayze’s career as a leading man. It was a fun movie with romance and comedy and became a staple for 80s movies. So why no remake it? That’s exactly what this is a modernized version with some of the exact same songs from the original flick but done by modern artists. The story finds Baby falling in love with a resort dance instructor, which causes plenty of fallout between the families of those involved. I mean, it’s alright. It is another case of a movie that doesn’t need to be remade or retold in a new way. The songs done by different people are just weird as it tries to be a hybrid between the original and a new story. Either go one way with a complete remake or better yet try and make a decent movie that has the same name (the way they did with DAWN OF THE DEAD comes to mind). 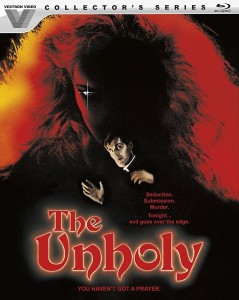 With the rise of specialty video distributors such as Shout Factory’s Scream Factory, Blue Underground and others, Lionsgate has gotten in on the act with its Vestron Video label that has been rolling out awesome hard-to-find titles onto Blu-ray, mostly for the first time. They did it again with THE UNHOLY, a strange tale of a priest that battle demons in his parish. The demon in question is a nasty one that kills the sinner in the act of sinning, sending their soul to hell. Tempted by the demon who takes the form of a hot chick, he must not just fight for the church but also for the fate of the world. The cool thing here is that they have new special features such as an audio commentary, interviews with the cast and crew, storyboards and more. 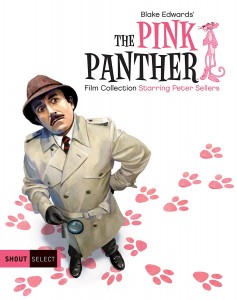 Shout! Factory has released an awesome collection of the classic movies starring the bumbling, stumbling, fumbling Inspector Jacques Clouseau starring Peter Sellers. The movies include THE PINK PANTHER, A SHOT IN THE DARK, THE RETURN OF THE PINK PANTHER, THE PINK PANTHER STRIKES AGAIN, REVENGE OF THE PINK PANTHER and TRAIL OF THE PINK PANTHER. Admittedly, the series does get a bit long in the tooth toward the end of its run. This is the first time all six of the films have been collected together with four making their debuts on Blu-ray. The set also includes a 24-page book with an essay by film critic Jerry Beck. Other features include interviews, auto commentaries, original trailers and more. Must have for fans given these have all been remaster using the latest high definition conversion technology. 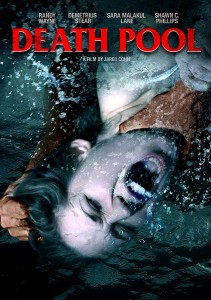 Call it an aquaphobic’s worst nightmare or perhaps a fetishists greatest fantasy but DEATH POOL, not to be confused with the hit movie DEADPOOL or Clint Eastwood flick THE DEAD POOL (although I’m sure the title isn’t at all a grab at those titles, nah not at all), features maybe the largest amount of fake drownings to ever be filmed. A young boy that had horrors with the babysitter in the pool grows up to fear water … that is until he learns he gets off by killing scantily clad women in the water. What follows is what seems like an extremely long hour and half of mass drownings featuring women portrayed as the dumbest humans alive and a society gone mad with serial killer enjoyment. It tries to be sort of a NATURAL BORN KILLERS type flick but fails. Although there is some great nudity here, the acting and storyline are below B Movie level quality. DEATH POOL is on VOD and DVD.