Home » BEAUTY AND THE BEAST highlights Blu-ray, DVD and Digital Releases for June 6, 2017 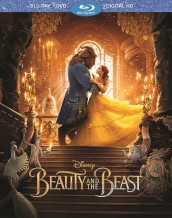 BEAUTY AND THE BEAST highlights Blu-ray, DVD and Digital Releases for June 6, 2017

DISNEY’S BEAUTY AND THE BEAST 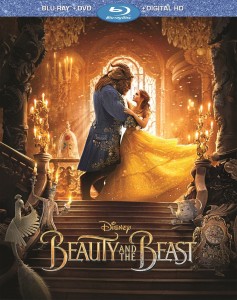 While Disney continues to make a killing with its Marvel franchise and its Star Wars franchise, it continues to make money hand over fist with these live action adaptations from classic animated titles. Here Emma Watson plays the title character of Belle, who agrees to be the captive of the gnarly beast when her father gets in trouble. Unlike some of the other live action flicks, this one keeps the storyline pretty close to the original including creepy CGI candlesticks, tea cups and more. Kids will be all over it because it will show Belle and more come to life. The cool thing here is that there are a number of good special features here including a sing-a-long version, 10 minutes of deleted scenes, five featurettes, music videos and an entire making of the song to screen of the musical numbers. So if you ever wanted to see how musicals are made, the special features have a great documentary style look at this flick. 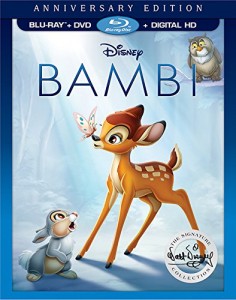 Not to be outdone by all the live action flicks coming out, Disney has also released this week BAMBI: ANNIVERSARY EDITION to celebrate the classic animated tale being out for a whopping 75 years. Of course, everyone knows the tale of a young deer that must go on an adventure after his mother is killed. The big deal here is that the film has been remastered to high definition using the latest technology making this possibly the best the movie has ever looked. New to this cut is a featurette that details how the original movie created a number of innovations never before seen in animated films, another featurette on the difficulty producing the film, new deleted scenes and Bambi facts to test viewers’ knowledge about the deer and his companions. 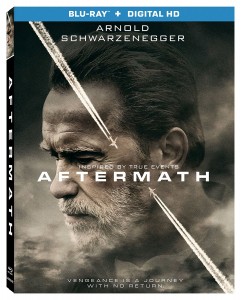 I appreciate that Arnold Schwarzenegger is taking on roles that fit who he is today rather than the action movie beast he was in days gone by. For a while he was taking roles that tried to portray him as the badass he used to be and that’s just silly given his age. But then he made MAGGIE, a very subdued zombie flick where his daughter was bitten and slowly turning into an undead. It was an emotional movie with limited horror elements but Schwarzenegger did a great job with it, showing the pain of a father seeing his beloved fight for her essence. In AFTERMATH, he continues this trend in a movie that is a slow burn psychological drama. It is a very dark movie, very brooding without a happy ending. He plays a father who loses his family in a plane crash but finds he can’t face the tragedy without confronting the man who cause it. There is no winner here. There is no redemption here. It is pure emotional torment and Schwarzenegger does a decent job in his acting the role. Just a few extras with interviews and an audio commentary but if you want watch a brooding drama this is a good fit. 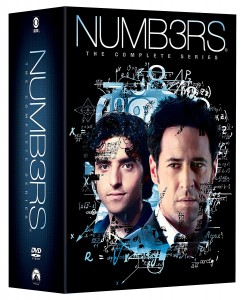 How cool is this? After years of putting out the individual seasons of the popular CBS show that starred Rob Morrow and David Krumholtz as FBI agents tasked with solving crazy cases that are unordinary by using math, CBS has finally released the full complete series of the show in one nice box set. While the show ended in 2010, it still has a pretty good fan base as evident of the network putting this out using the latest digital transfer technology. Contained within the box set are all 118 episodes of the six seasons on 31 discs. But beyond just the episode there are a crazy amount of extras included such as more than 10 featurettes, deleted scenes from every season, audio commentaries on every season, photo galleries and bloopers.

JOAN OF ARCADIA: THE COMPLETE SERIES 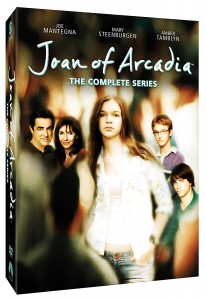 CBS is also treating fans with the release of the complete series of the JOAN OF ARCADIA TV show that starred Amber Tamblyn as a teenager going through typical issues of growing up and dealing with a moving to a new town. The big twist is that when she and her family moves, she begins to have encounters with the one thing she never expected, God. God speaks to her in the form of various people who give her assignments to carry out to help others. Of course, the hook here is she is never quite sure if she is actually following God, or just going bonkers. All of the 45 episodes of the series are included in the 12 disc DVD set. Unfortunately, there are no new extras here but all the legacy special features are included. 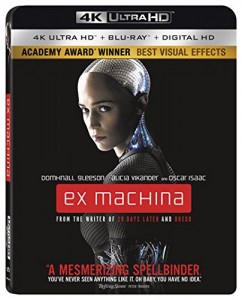 The hyper cool robotics gone awry flick with a packed cast with Alicia Vikander, Oscar Isaac and Domhnall Gleeson that waivers the thin line between making robots human even but not so far as they start thinking for themselves. In 4K, hoooly crap it looks good. A film with so many scenes of robots, half robots and more, the 4K resolution makes it that much more real as do, uh, Vikander’s robotic assets. 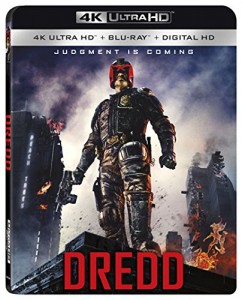 Also on 4K is maybe one of the sneakiest best comic book movies to be filmed in DREDD, the reboot of the character originally played by Sylvester Stallone, this time in his full badass form as he and a judge recruit take on an apartment complex filled with drug dealing bad guys. It is brutally violent and incredibly gory but at the same time just an excellent action flick. All made better by ultra HD format. Must have for all 4K owners. 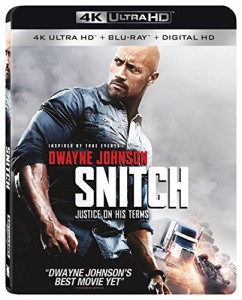 Dwayne “The Rock” Johnson is probably the most famous action start going today but every so often he does an under-the-radar flick such as SNITCH. Here he goes undercover for the DEA to free his son who had been sent to jail after a busted drug deal. Hints of former action heavyweight Arnold Schwarzenegger’s earliest action titles, this has The Rock doing his best to wreck bad guys in a variety of ways. While not maybe the best movie for 4K, everything looks better regardless so this is worth an upgrade for fans.