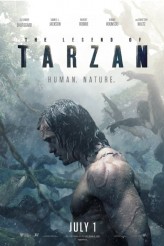 Movie trailer reviews because who has time to watch an entire movie?

It’s springtime, so you know what that means, right? It’s time for summer blockbuster trailers.

I’ve got a couple of the big summer movie trailers below, plus an actual spring release. Madness I tell ya. The big movie this weekend is BATMAN V SUPERMAN: DAWN OF JUSTICE. I wonder who will win. Probably Wonder Woman. I’m super curious to see what trailers they show before BATMAN V SUPERMAN starts. If you see it this weekend, let me know what trailers you saw in the comments.

In the meantime, let’s review some movie trailers.

Remember GLADIATOR? This remake of BEN-HUR sure does. This trailer is guilty of one of the worst sins: It shows you everything, explains every plot point, and shows what I’m sure are the best shots from the chariot race. Of course, if you’ve seen the original Charleston Heston-starring BEN-HUR then you’ve already know everything about this movie, too. Grade: C

THE LEGEND OF TARZAN (July 1)

Here’s another trailer that looks like it might be showing you every plot point, but I think THE LEGEND OF TARZAN looks kinda exciting. I’m not just talking about a shirtless Alexander Skarsgård, either. Plus, it’s got Christoph Waltz doing his Christoph Waltz thing. I’m leery of seeing movies that feature animals in prominent roles, even CGI animals, because I’m a sensitive flower that cries every time an animal is hurt or killed. FYI, I also can’t stomach babies or children being in danger, harmed or killed – it’s not just animals. I’m not a monster. Anyway, back to THE LEGEND OF TARZAN … Grade: B

THE LEGEND OF TARZAN and THE JUNGLE BOOK: Children being raised in the jungle by animals is so hot right now. This live action JUNGLE BOOK looks… umm, fine. This trailer isn’t a “bear necessity.” Get it? It doesn’t make me want to see this movie. It makes me want to see the 1967 animated  film. Grade: C

Hey, you guys, Tim Burton is directing a movie that’s not a remake, re-imagining or reboot. Pretty exciting, right?! Back in the day, the name Tim Burton meant we were in for something really special, but after craptacular “re-imaginings” of ALICE IN WONDERLAND, CHARLIE AND THE CHOCOLATE FACTORY, PLANET OF THE APES, DARK SHADOWS, I would groan when I saw his name on a trailer. MISS PEREGRINE’S HOME FOR PECULIAR CHILDREN looks, well, kinda good. Also, Eva Green is the new Helena Bonham Carter. We all know that, right? Grade: B

Because who doesn’t want to watch a movie in which food have thoughts and feelings? Let’s pretend the movie is actually funny. It could happen. What’s the message? Is there supposed to be a message? I really wanted to like this trailer. I’m a big fan of SUPERBAD. And I want to see a rated R animated movie just as much as the next person. Sadly, this trailer left me hungry for more laughs. See what I did there? I guess the joke is if food had thoughts and feelings it wouldn’t want to be eaten. Well, we have that in the real world, too, and they’re called animals. I look forward to reading your angry comments. Grade: D

Sonia Mansfield is a writer/mocker/old movie watcher/beer drinker/goober. Make sure you follow her on Twitter for constant updates or check out her blog, The Sonia Show.