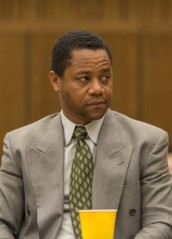 The director talks reuniting with Cuba Gooding Jr. and the challenges of televison 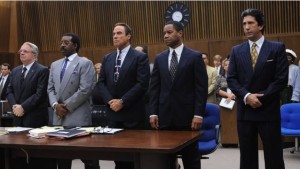 Director John Singleton and actor Cuba Gooding Jr. both made their names with 1991’s BOYZ N THE HOOD. The influential film was Singleton’s feature directorial debut, earning him Oscar nominations for both directing and his original screenplay. Although Gooding had previous movie and TV roles, it was his performance as L.A. teen Tre Styles that propelled him to stardom.

Now Singleton and Gooding are working together again on FX Network’s limited series THE PEOPLE V. O.J. SIMPSON, Tuesdays at 10 PM. Gooding stars as the real-life football celebrity turned murder suspect of the title; Singleton directed the episode “The Race Card,” in which defense attorney Johnnie Cochran (played by Courtney B. Vance) begins to make the trial pivot less on the question of Simpson’s guilt and more on possible prejudice on the part of the authorities.

Singleton, whose other feature credits include ROSEWOOD, the SHAFT remake and 2 FAST 2 FURIOUS, talks briefly about reuniting with Gooding and the challenges of directing a courtroom drama.

AX: Do you feel a sense of paternal pride with Cuba Gooding Jr., since BOYZ IN THE HOOD essentially gave him his start?

JOHN SINGLETON: We’re the same age, so I can’t feel paternal. He and I started our careers together, so he’s like my brother. I feel like I wouldn’t have had a start if it wasn’t for him. We worked together – we’re the same age, we were kids together doing BOYZ N THE HOOD, and now we’re off doing some other stuff.

AX: Do you do much episodic television now?

SINGLETON: No, this is the second time I’ve done TV ever, EMPIRE and then this.

AX: Do you enjoy working in television?

SINGLETON: I love it. It’s fun. It’s a new adventure.

AX: Do you have more fun with straight drama, like PEOPLE V. O.J. SIMPSON, or with flashier fare like EMPIRE?

SINGLETON: It depends on the project. It was fun working on this [PEOPLE V. O.J. SIMPSON] because these are very great actors, a lot of good, veteran actors.

AX: Is there a particular challenge with shooting a courtroom drama?

SINGLETON: I’m developing something with FX.

This interview was conducted at Fox and FX Networks’ party for the Television Critics Association press tour in Pasadena, Calif.