The series creator talks fan reaction, food as a narrative theme and more 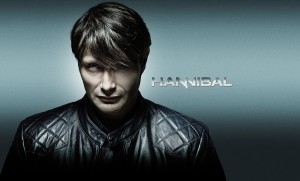 In the final part of Assignment X’s exclusive interview with Bryan Fuller about HANNIBAL (NBC, Thursdays at 10 PM), the series executive producer/show runner/creator – adapting from Thomas Harris’ novels – talks about fan reaction, food as a narrative theme and more.

ASSIGNMENT X: Is there anything about the fan reaction to HANNIBAL that has surprised you?

FULLER: Yes, we have. They were talking about doing it this Halloween. We absolutely went down the road, we had all of the stuff, we had a great meeting, there was lots of cool different – the Stag Man was going to be haunting and there would have been a trippier kind of experience as a Halloween maze. But there was [another] television show whose contract said that no new television shows could be involved in the maze while they were there, and we stumbled across that hiccup. 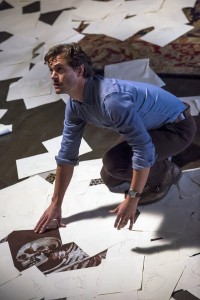 AX: Would doing something live like a Halloween Horror Maze help to get your feet wet for PUSHING DAISIES on Broadway?

FULLER: Oh, absolutely. The idea of doing something interactive like that with the Halloween Horror Maze, as somebody who goes every year and loves it, is incredibly cool and the PUSHING DAISIES, finding new life in that, is something that I’d very much like to do to remind myself of – it would be a shock to the system, going from the sort of very dark world of HANNIBAL and returning to something that is bright and life-affirming.

AX: What’s happening with your and Michael Green’s adaptation of Neil Gaiman’s AMERICAN GODS for Starz?

FULLER: Well, we’ve been working with production illustrators and it’s been actually a lot of fun to flesh out this world. It’s a ball developing it, the illustrations are amazing and it was fun to share them with Neil and say, “This is what our concept is of the Bone Orchard. This is what our concept is of the Crocodile Bar.” And to see those things that have been kicking around in his imagination now passing the baton, or sharing the baton, with Michael Green and I, it’s been a lot of fun, because what we all love is mythology in our storytelling, and there’s oodles of it at the same time as the grounded, in a way. We talk about the show – I talk about the show as, “It’s CLASH OF THE TITANS by way of THE GRIFTERS.” Which, I want to see that show.