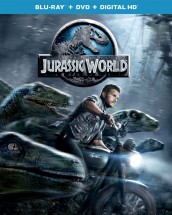 Reviewed this week: JURASSIC WORLD, THE VATICAN TAPES, MY FAVORITE MARTIAN: THE COMPLETE COLLECTION and more 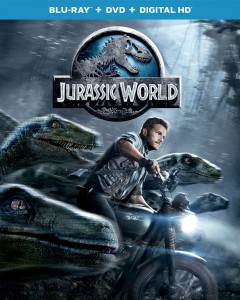 JURASSIC WORLD – One of the summer’s biggest hits is out on home video with some cool special features and a digital copy that make it something that more than likely you will want to purchase. The story picks up after the original movie, where a new corporation has bought the assets to the island and has transformed it into the ultimate amusement park filled with baby dinos for kids to ride, dinosaur feeding sessions, gyroball roller coasters through the wilderness among the beasts and much more. But the cost of running such a massive park and getting families and visitors to come back forces the park creators to take steps to create even bigger, nastier and more aggressive dinosaurs. This being a JURASSIC film, however, you know things won’t go according to plan and their new dinosaur just happens to be a whole lot smarter than they first thought. Starring Bryce Dallas Howard and Chris Platt, JURASSIC WORLD is the film that we should have gotten post-JURASSIC PARK it just took a few decades to get here as it is filled with great action, awesome special effects, a good story and the mayhem and chaos you expect. Well worth checking out and something you should add to your collection. 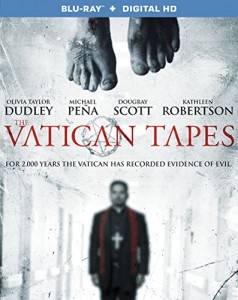 THE VATICAN TAPES – THE VATICAN TAPES is a hybrid horror film that mashes elements of a found footage movie in with straight film footage in another tale of a person being possessed by the devil and those around them facing the consequences. Angela Holmes is an ordinary 27-year-old with a good boyfriend and a very good dad but things start going haywire for her and it creates some accidents leaving her in a coma for 40 days. After getting word of a woman causing chaos in a hospital and having some weird abilities, the Vatican gets word and sends one of their Cardinals to perform an exorcism. But the exorcism proves to be a bit more than the Cardinal expects and the woman’s demon a bit more powerful than he anticipated. While there isn’t a lot of scary aspects to THE VATICAN TAPES, it is more of the prospect that is presented that is disturbing and a note of caution to heed the words about worshipping false prophets. Worth checking out if you need something to watch for Halloween. 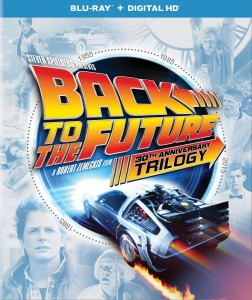 BACK TO THE FUTURE TRILOGY | © 2015 Fox Home Entertainment

BACK TO THE FUTURE: 30TH ANNIVERSARY TRILOGY – Given the recent famous date of Oct. 21, 2015 recently passed and its ties to the second film in the BACK TO THE FUTURE franchise it makes sense that this trilogy be reallocated to the masses (especially given the social media and hype it received this week). The Blu-ray and DVD set includes all three movies from the classic series starring Michael J. Fox and Christopher Lloyd but also includes two hours of new content never before released on video. This new content includes BACK TO THE FUTURE: THE ANIMATED SERIES that is being released for the first time ever, new original shorts such as DOC BROWN SAVES THE WORLD!, a featurette on the restoration of a real DeLorean, a nine-part documentary on the legacy of the franchise and more. This is in addition to all of the legacy content that was featured in the other releases. So if you were waiting for a time to buy this set, this is about as good as it is ever going to get. 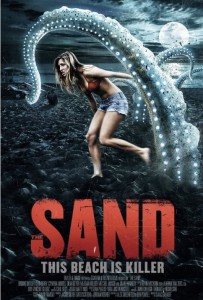 THE SAND – A decent enough creature flick made on the cheap that is a mash up of TREMORS meets “The Raft” short movie from CREEPSHOW 2. After a hard night partying a group of friends wake to find all their other friends gone from the beach and only those in a car, a lifeguard house and a poor dude trapped in a metal bin left. Soon they discover that something is in the sand and it has a taste for human flesh. Trapped on the life preservers that include a car, a picnic bench and said metal bin, they must find a way to escape whatever beast has encircled them and wants their flesh. The entire film takes place in one location on the beach and all the effects – every last one of them – is digital so that makes it be a bit cheesy at times considering the budget for the effects are not the best. Still it harkens back to a simpler time where survival was the one and only thing everyone is focused on. The acting may not be the best and like I said the special effects are pretty awful but overall an enjoyable survival horror flick. THE SAND is available now on VOD everywhere. 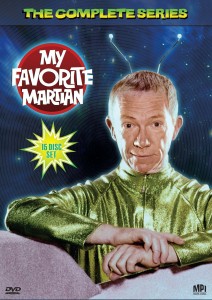 MY FAVORITE MARTIAN: The COMPLETE COLLECTION – How cool is this? One of the original fantasy and science-fiction-themed network shows to ever be released has finally made it to home video. But that’s not all, it is being offered as a complete set with all of the original 107 unedited episodes from MY FAVORITE MARTIAN’s three seasons. But what’s even better is that all of the episodes have been digital remastered so they probably look maybe the best they have ever looked considering they were transferred using modern technology and broadcasting at the time was less than stellar. Since the show aired in the 60s, there was not a lot of genre programming that came before it. But it could be said that this show launched what would become a cottage industry in broadcasting leading to other space-based sitcoms and ample amounts of action science fiction programming. Bill Bixby that stars in the comedy would later go on to star in one of the first-ever live-action superhero shows in THE INCREDIBLE HULK. The 15-disc set also includes some really cool extras including behind-the-scenes home movies, original cast and sponsor commercials, miniature test footage of the spaceship, original music soundtrack, animation and effects reel and more featurettes. If you have been longing to visit that crazy uncle from another world again, you finally get your chance.