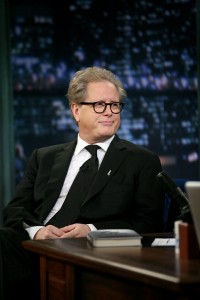 Well, after a hit and miss Season 39 where SATURDAY NIGHT LIVE suffered from the loss of Bill Hader, Jason Sudekis and Fred Armisen, the venerable variety show went through a huge cast  purge over the summer leading into Season 40.

With Chris Pratt as host, and a couple of new additions to the cast, Season 40 could have been the shot in the arm SNL needed. However, the Season Premiere still felt like a work-in-progress. In fact, it felt even more awkward, rushed and amateurish than even the worst episodes last year.

It’s hard to pinpoint all the mis-steps, but I don’t think there’s ever been an episode with as many on-air flubs by cast members (and the host). It felt unprecedented.

The cold opening dealing with the NFL scandals of the last couple of weeks was very rough and not funny at all. This led into a new title sequence with new announcer Darrell Hammond replacing the late Don Pardo.

In some ways, Pardo’s voice not being at the beginning of the show actually felt wrong – and weird. Hammond will find his own voice over time, certainly he knows how to do that, but, with so many changes and issues with SNL, a sense of security was certainly missing due to Pardo’s absence.

Of the sketches, many of them failed tonight, but there were some promising moments.

One involved a kid (Kyle Mooney) wishing his toys would come to life resulting in a very, very weird thing where Pratt and Taran Killam play life-like He-man figures that start touching themselves. Funny in spots, but only due to Killam slaying it with his hilarious line readings.

A pre-taped Marvel movie trailer which plays on how they’re successful even when they mine obscure material like GUARDIANS OF THE GALAXY. Very funny.

And then there’s Weekend Update that features new anchor Michael Che and returning anchor Colin Jost. Both are actually quite stiff, though some of the jokes do actually land. There seems to be promise here and when they did a little mini-sketch where they offer up the bright side of things to Barack Obama, there actually does seem hope and some chemistry between the two.

The highlights of the entire night though belonged to writer Leslie Jones making her second appearance on SNL as a performer. Even though she isn’t a featured player, this is the second time she’s appeared and completel owned the Weekend Update stage. She’s a powerhouse, having that same energy, charisma and comedy chops the best SNL performers have. This is how you do it, and when she proves to be more energetic and comfortable on screen than Jost or Che – SNL needs to do a little more soul searching and make this woman a featured player STAT!

The other standout during Update was Pete Davidson. This is his first episode, and the young comedian is very funny outside SNL, but it doesn’t always translate to a great SNL run. However, he came out like the underdog and left a winner. His routine was funny, well written, on target and showcased someone who just oozes likability on camera. He is going to be the next breakout star and few newbies have proven themselves with one sketch, but I see good things for him moving forward.

The remainder of the show never hit any highs quite like those two performances filled with mediocre sketches including one where a video game test group watch as the game itself gets highly inappropriate and a very strange pre-taped sketch that parodied 1990s NBC sitcoms.

I’m always nervous about calling out SATURDAY NIGHT LIVE for not living up to its potential. It’s always had its up and down years. And clearly the massive upheaval in the cast has also put the pressure on MVP’s like Killam, Kenan Thompson, Kate McKinnon and Bobby Moynihan to step up and fill in the gaps. And clearly there are some great people moving up in the cast as well. Beck Bennett is definitely on of the best holdovers from last season (and strangely under-used with this first episode).

So it’s not like SATURDAY NIGHT LIVE doesn’t have the building blocks, it’s a matter of how they use them, getting in some writers who can think outside the comedy box and making the remaining cast members more comfortable on screen (or lose them quickly). There’s no place for flubbing on live television as witnessed on the premiere, so things still have to change and fast because I don’t think SNL can have another year like Season 39. Still, I keep hoping and praying they’ll figure it out, because I love this show and deep down want them to get back to what they do best – providing late night laughs. It might take a little longer than usual, but executive producer and creator Lorne Michaels has done it before, I I know he’ll do it again.