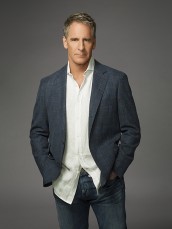 The actor talks the Big Easy and playing a leader 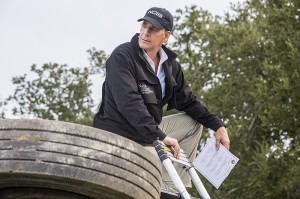 NCIS: NEW ORLEANS, the second spin-off of the long-lived and still top-rated NCIS, airs on CBS Tuesdays at 9 PM, right behind its progenitor. The U.S. Naval Criminal Investigative Service in New Orleans is a little more laid-back than its East Coast counterpart, or even the Southern California branch we see in NCIS: LOS ANGELES (now in its new night, Mondays at 10 PM).

This isn’t Bakula’s first time playing a leader on a TV series – he spent four years on STAR TREK: ENTERPRISE as Captain Jonathan Archer. He also famously played all sorts of people as the time- and persona-jumping Sam Beckett on five seasons of QUANTUM LEAP, which was created by Donald P. Bellisario, who would go on to co-create NCIS with Don McGill. Additionally, Bakula was a series regular on MEN OF A CERTAIN AGE as an under-employed actor, recurred on CHUCK as a brilliant scientist and continues to recur on HBO’s LOOKING as a gay man working at a romantic relationship in San Francisco.

New Orleans isn’t entirely foreign territory to Bakula, who originally hails from St. Louis, Missouri. However, in a conversation at a party thrown by CBS for the press, the actor says the world of television crime procedurals is new to him.

AX: Were you a big fan of NCIS before you became involved with NCIS: NEW ORLEANS?

SCOTT BAKULA: Well, I’ve known about the show – my wife [actress Chelsea Field] did it many years ago – and of course it was originally Don’s show, so I follow all the shows that Don does. I didn’t watch it religiously or anything like that, but I was very aware of it, I knew what a great hit it was, and it’s just an amazing franchise, it’s just grown and gone through the roof in the last few years. It’s crazy.

AX: Did you have any particular feelings about procedurals before doing this one?

BAKULA: I love procedurals. We live in a world where I guess that’s probably the most popular form on television right now. But a good procedural is hard – good procedurals, I’ve watched them all off and on for years. I never get tired of them.

AX: How is it working in New Orleans?

BAKULA: The town was fantastic. They’re very open, welcoming. My character is based on a real-life NCIS officer down there, and so he’s there and he’s our technical advisor – his name is D’wayne Swear and he can’t wait to show us his city.

AX: What is New Orleans like in the show?

BAKULA: Well, it’s seen somewhat through the eyes of my character and this guy, again, based on the real man who lives there, loves his city more than anything. He loves the people in the city, he loves the problems – he loves everything about New Orleans. So his philosophy is, he doesn’t care what it takes to get the job done, he doesn’t care how it gets done necessarily, as long as it gets done, and if he’s got to get underneath a bus and help somebody change a tire or whatever, that’s what he does to do the work. And that’s who he is in real life, and that’s who my character’s going to be. And so certainly we’re interested in the city as a huge element of the show.

AX: Your character Dwayne Pride is a native of New Orleans. Have you had to work on the accent, or is that something you’d had cause to use before?

BAKULA: I’d never used it before, and it’s a very unique kind of accent, and it’s been mis-accented several times, especially if you talk to the folks down there, so it was very important for me to get it right. I had a great dialect coach, Jessica Drake, who helped me and she helps everybody. We know who my guy is and where he came from, and there’s a very unique kind of New Orleans cop-speak also, so we’ve incorporated some of that, so hopefully it will be – well, it’s already passed muster, I guess you could say. I’ve gotten hardly any angry letters about my accent [laughs].

I was told early on, “This is what you don’t say.” So I said, “Okay, I don’t want to blow any of that stuff.” So I’m very excited about it and again, the city – they’re just thrilled that we’re coming down, they love the franchise. With the connection with NCIS, there’s a great opportunity for crossovers – we’ve used it in the two episodes and that worked out very well. There’s a great compatibility with the NCIS company. Gary Glasberg is producing and writing and executive-producing both shows. Obviously, Mark [Harmon] has a vested interest in both shows, being star of one and producer of both. So it feels good and there are a lot of great, talented people working on it.

AX: Are you bringing any of the leadership skills from playing previous leaders into playing this leader?

BAKULA: It’s interesting when you do a part that’s based on a real guy, and Gary [Glasberg] has infused the character with a lot of [the real D’wayne Swear] – once you meet D’wayne, he’s a big, gregarious kind of open-hearted lovely fellow, and I’m very intent on bringing that kind of guy to life. Leadership happens – the leadership in the guy who runs a starship is a little bit different than a guy who runs an office in New Orleans, but certainly there are elements that you carry with you as a leader and that’ll be a part of it.