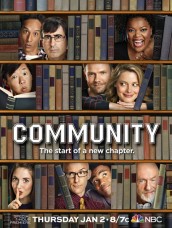 With creator Dan Harmon back, the show is starting to feel like home once again 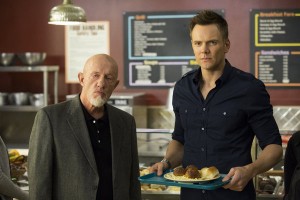 First of all, let’s all breathe a sigh of relief that COMMUNITY is back and under the helm of creator Dan Harmon. The short story, he was fired at the end of Season 3 and replaced in Season 4. While the cast was still nimble and great at times (and there were two or three pretty decent episodes including “Intro to Felt Surrogacy), the majority of Season 4 felt like the pod people had taken over the show. It looked like COMMUNITY, it was called COMMUNITY, but it just didn’t feel like COMMUNITY.

Part of the inherent problem was the series took many of the story strands Harmon and his writing team had assembled in the first three seasons and then beat them to death in Season 4 without bringing any new ideas to the mix. Hence, we got more Darkest Timeline stuff, an Inspector Spacetime convention (which was an atrocious episode) and Abed seemingly spouting off every pop culture reference without any context or purpose.

Now with the show back in Harmon’s hands, the two-part Season 5 premiere “Repilot” and “Introduction to Teaching” sets things right – rebooting the series in an inventive way and finding a way to address cast defections without it coming off as too weird and forced.

“Repilot” has the unenviable task of undoing what happened in Season 4, while not ignoring it completely (thankfully). In many ways, everything Harmon and fellow writer Chris McKenna do with this episode, is to comment in a very meta way on what happened last year (and not too flattering), yet still respecting that Jeff (Joel McHale) has graduated from Greendale Community College.

The story machinations involve his failed law practice of helping innocent people and involves the somewhat nefarious plan of taking down Greendale because it’s an incompetent school that doesn’t teach anyone anything useful. And he finds this out first hand, when his fellow friends return after they had graduated too, and not having learned anything from Greendale either (and in many ways, finding their lives are worse off than before).

Jeff wants to get them together to sue Greendale for not teaching them, but he has second thoughts.  And what ultimately transpires by the end of “Introduction to Teaching” is a committee to “save Greendale” has been formed with teachers and students – hence a new study group-like scenario has been formed.

“Introduction to Teaching” finds Jeff getting a job teaching law at Greendale (and surprisingly liking it). It also introduces new recurring guest star Professor Buzz Hickey (Jonathan Banks) as a crotchety, somewhat intimidating teacher of criminology. Strangely, he’s a perfect antidote to the missing Chevy Chase – and may, in the end, prove to be far funnier on than the show than Chase ever was.

“Introduction to Teaching” is a great example of pop culture referencing done right when Abed and his friends take a class called “Nicolas Cage – Good or Bad.” It’s absolutely hilarious, with some great one-liners thrown into the mix.

In addition to Chase’s absence, which will also be addressed in the fourth episode of the season in larger detail, the show will also say goodbye to Troy (Donald Glover) after five episodes.

While the first two episodes aren’t laugh out loud funny, they’re very much in the spirit of what COMMUNITY does well – mixing sentimentality, darkness and a perverse sense of humor. It’s also incredibly original – going for broke with big, epic fantasy-like episodes, yet also having the ability to have complete bottle episodes where the characters can sit at a table and bicker for twenty minutes (and not have it get old).

Many complain the series isn’t mainstream enough, but I think its more of a symptom of NBC just not having the Thursday night powerhouse ratings it once had and the inability to build a block of like-minded, successful series that people want to watch. Once THE OFFICE was gone, they had no more anchors. It also doesn’t help that COMMUNITY is kept off the air for long periods of time and when they decide to bring it back, they bring it back on January 2 – a day after New Years when people are not really expecting new network programming to debut.

And for those detractors, who complain the way the series gets the gang back together is contrived – you have to remember, the show had to get everyone back at the school after graduation. The show is less about Community college and more about the twisted situations Harmon puts them in. He righted some wrongs, but whereas some reboots of TV shows fail miserably (SCRUBS Season 9, which is mentioned in “Repilot”), sometimes a reboot can work.

Another important pop culture milestone in this episode – Season 4 is referred to as the “gas leak year”, which I guarantee will be adopted like “jump the shark” and applied to series that lost their way under new creative regimes during a given season. Mark my words – I said it here first! To a lesser extend, expect “Repilot” to also become a term to describe rebooting a TV series back to basics after a few years.

After a year off, Harmon is clearly revitalized and ready to bring it for Season 5. The show is no longer body snatched, it’s back to living the life it should have had. Will it get a Season 6 renewal. Who knows? I hope so.  Considering NBC’s comedic woes, they’re better off keeping this and PARKS & RECREATION around a little while longer while they continue to rebuild because clearly THE MICHAEL J. FOX SHOW and SEAN SAVES THE WORLD are not working for them on Thursday nights.