The Disappearance of Eleanor Rigby movie review Them 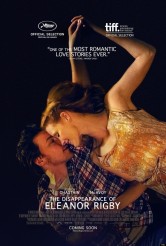 ©2014 The Weinstein Company
THE DISAPPEARANCE OF ELEANOR RIGBY: THEM
Reviews

Movie Review: THE DISAPPEARANCE OF ELEANOR RIGBY: THEM

Wonderfully acted, but begins to get repetitive 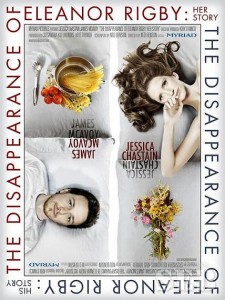 THE DISAPPEARANCE OF ELEANOR RIGBY: HIM / HER | ©2014 The Weinstein Company

There are in fact three different versions of THE DISAPPEARANCE OF ELEANOR RIGBY: THEM, the 123-minute edition being released Friday, September 12, and HER and HIM, two other cuts that incorporate portions of THEM. Together, HER and HIM run a total of 210 minutes; these will be released in New York and Los Angeles on October 10.

All three ELEANOR RIGBY films deal with the fallout after a tragedy on a thirtyish New York couple. THEM shows both sides of the story, with HER from the point of view of Eleanor (Jessica Chastain) and HIM showing the perspective of Eleanor’s husband, Conor Ludlow (James McAvoy).

Not having seen HER or HIM, no comparisons can be made to these companion pieces. THE DISAPPEARANCE OF ELEANOR RIGBY: THEM is a quiet film, but one that is well-written by director Ned Benson and so beautifully acted by leads Chastain and McAvoy that it is moderately absorbing, at least until it starts to go in circles. Granted, Eleanor is so depressed that she disappears for long periods from Conor’s life and, to some extent, even her own, and depressed people tend not to be goal-driven. Conor is also fairly shattered and we can understand why he wants Eleanor back both viscerally and intellectually – Chastain is stunning and vital, even when Eleanor feels empty, and Conor’s existence is so chaotic that it’s easy to see why he becomes fixated on something that was once the best thing in his life.

Still, there is a point where even Chastain’s mighty charisma and our sympathy for Eleanor can’t entirely cover the fact that Eleanor’s behavior is awesomely and permanently self-centered. We start to wish Conor to decide this is a lost cause, if only so we don’t have to keep following the couple through their endless push-pull cycle.

The external lives of both Eleanor and Conor are a bit sketchy (at least in THEM; they are likely more fully developed in HER and HIM), but still have interesting nuance. Eleanor’s mother is played by Isabelle Huppert. There’s a symmetry between mother and daughter – mom has a tendency to be so true to herself that we can see where Eleanor has learned to act and think as she does. William Hurt plays Eleanor’s father, who is endearing in his flummoxed good intentions, and Jess Weixler is lively and warm as Eleanor’s younger sister. Viola Davis conveys great inner life as a college professor.

On Conor’s side of things, he’s got a likable group of friends, including characters played by Nina Arianda and Bill Hader, at the restaurant/bar he owns. Conor’s father (Ciaran Hinds) simultaneously literally opens the door to his son while determinedly keeping him at arm’s length.

THE DISAPPEARANCE OF ELEANOR RIGBY: THEM is a relationship movie that winds up appealing to the head more than the heart. We wind up more curious about Eleanor and Conor than moved by them, but they never insult our intelligence and we remain engaged throughout.