Home » Exclusive Interview: ONCE UPON A TIME creators Edward Kitsis and Adam Horowitz on Season 3 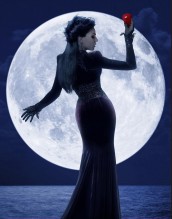 The series creators/exec producers talk about the developments in Storybrooke 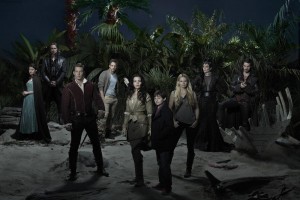 Now in its third season on ABC, Sundays at 8 PM, ONCE UPON A TIME has finished its sojourn in Neverland, with Mr. Gold/Rumplestiltskin (Robert Carlyle) heroically sacrificing himself to stop Peter Pan (Robbie Kay) – who is actually Rumplestiltskin’s father! – from controlling everything and everyone.

A curse sent many of the characters back from Storybrooke to the Enchanted Forest, while Emma (Jennifer Morrison) and her son Henry (Jared S. Gilmore) had their memories altered to believe they’d always lived in New York. Another curse has brought our people back to Storybrooke, and Captain Hook (Colin O’Donoghue) has restored Emma’s memory. She has brought Henry with her to Storybrooke, where no one but Hook remembers what happened over the last year. However, it’s clear time has passed – for one thing, Emma’s parents, Snow White (Ginnifer Goodwin) and Charming (Josh Dallas) are expecting a new baby any day now.

The Wicked Witch (Rebecca Mader), who previously clashed with Regina(Lana Parilla) in the Enchanted Forest, is in Storybrooke, masquerading as a kindly midwife and holding Rumplestiltskin prison for reasons we don’t yet know.

This just scratches the surface of what’s happening in ONCE UPON A TIME’s storytelling. At a party thrown by ABC for the Television Critics Association, ONCE UPON A TIME creators/executive producers/show runners Edward Kitsis and Adam Horowitz talk about what is happening upon their series.

ASSIGNMENT X: You’d already done one huge reset at the end of Season 1, with everyone getting their memories back. What made you feel like you wanted to do another reset so soon?

ADAM HOROWITZ: It’s hard to answer that in a lot of ways without you seeing the second half [of Season 3], but for us, I think that there was a certain sense of, we wanted to kind of end one chapter and start another.

EDWARD KITSIS: Yeah, we wanted to keep the show moving forward and the challenge is to make the show feel like the same show, but different and exciting in a new way, and that’s what we’re endeavoring to do.

HOROWITZ: And we had an idea that we loved for the second half, and we just went for it. To us, usually, the scary decisions are the ones that either you’re going to fall flat on your face or you’re going to hit a home run. Like we ended the curse Season 1, and people were like, “What the hell?” So …

KITSIS: Right. And so when you see what we have in store for the second half, the vibe, the feel, the storytelling and the tone is very different. Same characters, same show and all that, but we’re attacking it from a completely different direction.

AX: Will we find out how the magic got Emma a job and got her and Henry a home in New York City?

KITSIS: I think she kind of picked up on her own. You’re going to see that she’s got a job and she has a life, but what it did do is, it gave her memories of the years she was in Storybrooke.

AX: Was there ever any possibility of Emma not getting her memory back?

HOROWITZ: One of Emma’s core themes was finding her parents, and she found them, and it would be a shame if everything we built for fifty-some episodes went away.

KITSIS: We didn’t want to have all that disappear.

AX: What is going on with Rumplestiltskin?

HOROWITZ: He definitely will be explored in the second half of the season, what happened to him and his fate.

KITSIS: Yeah. The story of Rumplestiltskin is not over.

AX: Did you write in Snow’s desire for a second child she can actually raise – she and Charming did not get to raise Emma – to coincide with Ginnifer Goodwin and Josh Dallas expecting their baby in real life?

HOROWITZ: Well, I will say that we were first and Ginny copied us, because we wrote the script where she said her secret was she wanted another kid way before real-life Ginny …

KITSIS: It would seem so.

AX: In what we’ve seen so far, what have you been happiest about and what have you felt didn’t work out quite the way you were hoping?

HOROWITZ: It’s hard to say that, because it’s funny – for us, it’s like you’re trying to write a book and you’re commented on [by viewers] every chapter. And so for us, the totality of Neverland, we loved. What we liked about this season was, we told a very focused story through character, and stayed with it for the eleven episodes, and everything we set up in the beginning ended up in the end, in Eleven.

KITSIS: And then when we get to Episode Eleven and wrapped it up, I think we felt really proud of how it ended, and we were very excited by it. Are there things that could have been better along the way? Who knows. I mean, we’re looking forward and we try to look at any missteps in the past, learn from them, grow from them, and make everything better as we go forward.

HOROWITZ: Yeah, I know, but for me, Neverland had some of my favorite episodes ever. I really loved it. I loved being there, I loved Peter Pan, he was so much fun to write for, and we had the HEART OF DARKNESS vibe that we really dug, and we liked that it was really character-oriented. The second half of the season is going to be different. Whereas Neverland was very dark, this is the Wicked Witch and she’s wicked. And wicked tends to be fun.

AX: So we should expect some major fireworks between the Witch and Regina?

HOROWITZ: Well, Evil versus Wicked is what this whole second half is about.

HOROWITZ: I’m sure. It started on ONCE where we went to the Mad Hatter [Sebastian Stan] and Cora [Barbara Hershey].

AX: Do you have anything else you’re working on?

HOROWITZ: It’s a grueling marathon. Two shows is all we can handle.

KITSIS: Yeah, we’re very excited to finish out this season and for the audience to see what we’ve got in store.

HOROWITZ: We’re very excited for the audience to find out how the Wicked Witch became wicked.

Article Source:Assignment X
Article:Exclusive interview with ONCE UPON A TIME IN WONDERLAND creators Edward Kitsis and Adam Horowitz on Season 3