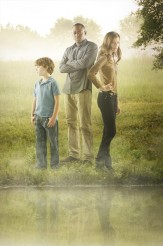 The exec producer/creator talks about bringing the series to life 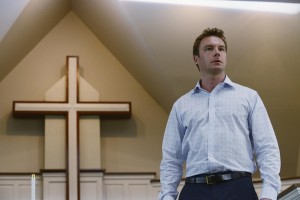 In ABC’s RESURRECTION, which is running its eight-episode first season Sundays at 9 PM, a small Missouri town experiences an influx of returnees – from the dead. These people aren’t zombies, but rather come back apparently exactly as they were, mentally and physically, with no memory of where they’ve been in the interim. The first returnee is Jacob Langston (Landon Gimenez), an eight-year-old boy who wakes up in rural China. Getting him home brings U.S. agent J. Martin Bellamy (Omar Epps) into the picture. Bellamy is extremely startled to find that Jacob’s parents, Lucille (Frances Fisher) and Henry (Kurtwood Smith), lost their son thirty-two years ago. Lucille instantly accepts the miracle of Jacob’s return, while Henry is more wary. Bellamy is understandably confused, even before more previously deceased residents come home.

Series creator/executive producer Aaron Zelman, who has been a writer/producer on LAW & ORDER, CRIMINAL MINDS, DAMAGES and THE KILLING, adapted RESURRECTION for television from Jason Mott’s novel THE RETURNED (which is unrelated to the French series LES REVENANTS, which airs in the U.S. on Sundance TV as THE RETURNED). At a party ABC throws for the Television Critics Association, Zelman talks about bringing the story to life.

ASSIGNMENT X: You’re the original developer of RESURRECTION for television?

AX: And then the team of Tara Butters and Michele Fazekas were brought on later?

ZELMAN: To help me run the show, yes.

AX: Are you doing other things at the same time, or is that there’s so much going on that it’s impossible for you to do it all on your own?

ZELMAN: Yes. When I was working for the six months or seven months of production on the show, it was more than a full-time job, even for the three of us. Now, of course, I may be doing other projects between this season and hopefully the next season of RESURRECTION, but this is absolutely our passion and where we put all our time into.

AX: RESURRECTION is not a traditional broadcast show. Did you have any concerns about doing it on a broadcast network?

ZELMAN: I felt like I was able to do the show I wanted to do on ABC. Even though it was ABC, I think a lot of people are going to find it surprising for a network show, that we do not shy away from dark places and things are not resolved in a nice bow at the end of every episode.

AX: Do you recommend that people read the book first?

ZELMAN: No. I think you should just dive into it, because the book was really just a jumping-off point for the show.

AX: There’s a lot of ambiguity about how the resurrections are happening and why they’re happening, at least at the beginning …

ZELMAN: I think this is part of what’s interesting about this show, is that we can include all these opinions and points of view – people can think it’s this and this and that. Characters in the show can think it’s different things. But in the end, these are theories. What it’s really about is how people deal with what’s happened in an emotional way.

AX: Can you talk about some of the themes of RESURRECTION?

ZELMAN: Well, something that I think runs through the fabric of the show is, it’s about healing. And that’s a very constant theme to the show. I went through a terrible divorce before I developed this show. So you talk about loss, you talk about grief, and I think that’s interesting, because you can understand what that loss and that grief is. It doesn’t necessarily have to be about death. So I think it’s one the things that makes this a pretty universal theme, that everybody experiences some kind of loss, even if it’s a breakup or a divorce. So for me, this was very much about how do I heal from that experience, and it’s the same thing for these characters. Some have healed from their grief, some have not healed from their grief. It’s watching these people struggle with that healing process. Some I think become better people and it’s very hopeful. Others go in a darker direction. And it’s really all the aspects of your response to grief that we want to study. Not only the uplifting ones, but not only the dark ones.

AX: Can you talk at all about elements you’ve added that were not present in the source material?

ZELMAN: Half the characters on the show.

AX: Assuming RESURRECTION is picked up for a second season, can you talk about what the time frame will be between seasons, both in story terms and production terms?

ZELMAN: Well, I’ll tell you first season takes place in a relatively short amount of time. We really loved that idea, because it really gave us a chance to get into the detail of what these people are experiencing on almost a real-time basis. In terms of the next season, we have ideas about where we would start, has time passed and all that. In terms of production, as far as I know, the plan would be, knock on wood, Season 2 would start production the same time any show would start on network TV. We’d probably start the writers’ room in May or June and production would start in August or September.

AX: If currently eight-year-old Jacob, played by Landon Gimenez, is an ongoing character, how are you going to deal with a year’s growth spurt from the actor if the story on the show doesn’t jump ahead a year?

ZELMAN: That’s a good question and it’s definitely something we are aware of and we’re building it into the ideas for the storytelling as we move forward.

AX: You’ve said part of the pitch was what the very last scene of the series will be, so does this mean you know how it all ends?

ZELMAN: Yeah, we know what that last thing is. Now, can that change? Are there detours we’re going to take in the process of getting there? Of course. It’s television and you never know how long you have. But we know where we want to go.

AX: Are we ever going to find out how and why the resurrections are happening?

AX: Is there anything you’d like to be asked about RESURRECTION right now?

ZELMAN: “How did you make a show that is so awesome?”

AX: How did you make a show that is so awesome?

ZELMAN: [laughs] A lot of hard work. And it came from a very, very real place in my life and I think that audiences understand when a show is put together cynically, and when someone comes from a real point of view. And this is very real.