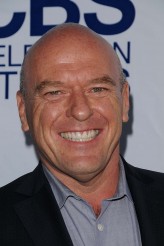 Exclusive Interview: Dean Norris from UNDER THE DOME talks about season 2 and more 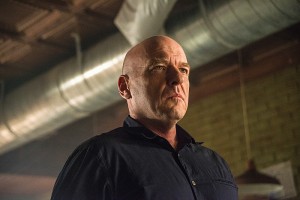 UNDER THE DOME (based on the novel by Stephen King) was such a big hit last summer that CBS decided to make it a returning summer series. Who was not rooting for everyone in the town of Chester’s Mill and booing the character portrayed by Dean Morris, James ‘Big Jim’ Rennie?

We got a chance to catch up with Dean at the CBS Summer Press Day cocktail party at The London Hotel to talk about his character and see if I could pry any secrets about the new season which debuts Monday, June 30 on CBS and is written by executive producer King.

ASSIGNMENT X: I know you can’t give anything away about the new season, but let me ask you, there is something seriously wrong with your son Junior (Alexander Koch)?

DEAN NORRIS: How many parents really think that there is something wrong with their kids, you know what I’m saying. We are blinded by love.  He said he has problems and he admitted that and he said we have to help you, but I still think he loves him so much he is willing to put up with the craziness, because he still feels that he can help him and redeem him. He’s his son, what is he going to do?

AX: If Sheriff Linda Esquivel (Natalie Martinez) dies when the car smashes her into the Dome, does that mean Junior is going to take over the police force? That is scary to think of, but he is the only other one.

NORRIS: He certainly is one of the main candidates for it!

AX: Your show is just so interesting.

NORRIS: We filmed enough that I know it is going to be good this year. We are going to explore those same kinds of themes. A lot of people were ambivalent, well you weren’t so ambivalent, (I told him that I thought his character during the press conference was such a son-of-a-bitch), but a lot of people were if they loved or hated Big Jim and we hope to walk that line again to see why he does the things that he does.

AX: But you were so nasty to everyone, especially to Barbie [Dale ‘Barbie’ Barbara played by Mike Vogel].

NORRIS: (Laughs) That is the way that they write him.

AX: A lot of people cannot do evil, but you do it well.

NORRIS: Thank you. He gets his opportunity this year too, but hopefully again we get to go back and forth. My goal is that some point during the season you are going to go “ah poor Big Jim, I really feel for him” and then right when you feel for him I give a little twist and you go “oh that son-of-a-bitch he got me again!” (Laughs)

AX: That’s probably what I am going to do.

NORRIS: If I can do that then I did my job or we’ll have done our job.

AX: Were you surprised though as you were only supposed to be a summer replacement that they actually made it a series?

NORRIS: I wasn’t so surprised. It was started as a summer event series. They thought they should try it, but it did so well it was clear to me that they were going to turn it into something more within three or four episodes. I think they started thinking about it about then. Now they are conceiving and re-conceiving the thing on how to keep it going and they have some really good ideas. We really open it up this year. You’ll see by the middle to the end of the series…you will go “oh wow.” 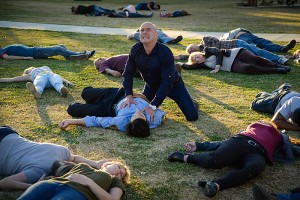 AX: Stephen King is making a cameo the first episode?

NORRIS: It was great to have him around and see him and talk to him and stuff. I hope he continues to do cameos, as I love having him on the set.

AX: Do you think you and Barbie will ever become friends?

NORRIS: I don’t know. I think that Big Jim needs him.

AX: But, you almost hung him!

NORRIS: Well, he thought it was the right thing to do; maybe he changes his mind after episode one.

AX: He is the only one that can actually help you in that town.

NORRIS: That’s right and I think Big Jim realizes that after while.

UNDER THE DOME returns on June 30th on CBS.

Article Source:Assignment X
Article: Exclusive interview with UNDER THE DOME star Dean Norris on Season 2 of the CBS summer series