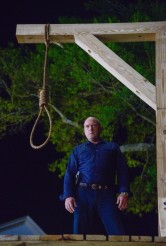 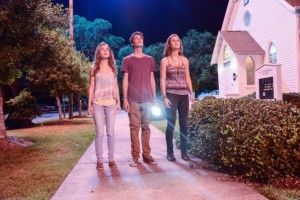 Considering UNDER THE DOME already got renewed by CBS for presumably a return in the summer of 2014, the producers apparently thought they could go out with a defined whimper instead of anything resembling a proper cliffhanger season finale.

The season finale of the show, entitled “Curtains,” was a complete mess. Whereas the previous last four episodes have actually improved the show on all fronts  this was just ridiculous in all sorts of ways.

First, there’s the absolute lunacy of Big Jim (Dean Norris) who basically commandeers Chester’s Mill with an iron fist and the hordes of townsfolk don’t seem to mind one bit. The whole reasoning behind his persecution of Barbie (Mike Vogel) holds little to no water yet everyone in Chester’s Mill seem to buy it hook, line and sinker. Now suspension of disbelief is one thing, but to have a town full of complete idiots is quite the other.

Speaking of Big Jim, he was written terribly in this episode. In the previous episodes, he flat out cold murders a whole bunch of people to cover his own tracks and, obviously, become the powerhouse of the town. Yet, in this episode half the time he’s trying to coerce Barbie into confessing to the crimes or kidnapping kids against their will on suspicions and the other half of the time he’s praying to God and willowing about his dead wife’s visions of the dome. It would have been better to have had Big Jim completely fly off the rocker and create a military state with his cronies forcing the town’s people to do his bidding or else. Instead, he comes off wishy-washy and confused. 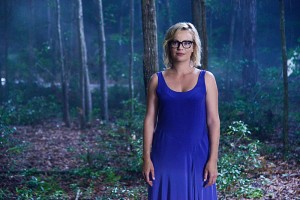 So while Big Jim was hunting down Barbie, the 4 Hands of the Dome were trying to figure out how to get the damned butterfly out of the mini-dome because it would be a Dome of Doom otherwise. I’m so sick of the butterfly that I was happy it finally ended and, naturally, Julia (Rachel LeFevre) was the monarch that was crowned – meaning she becomes King of the Dome or The Dominator. Actually, all it appears she can do is carry the mini-dome and deposit it in a river which turns the black dome (which happened because of the damned trapped butterfly) into a dome of white light! How exciting – it went from a bad evil black dome to a good white friendly dome.

Next season, the dome gets the rainbow treatment as it turns green, blue, red, purple and finally chartreuse.

As for the ending, we see everyone in the town amazed at the white light dome as Big Jim tries to get Junior (Alexander Koch) to pull the lever that will hang Barbie. Now, if anyone actually thinks Barbie will be killed is fooling themselves as he’s pretty much the only eye candy for the opposite sex on the show. Big Jim certainly isn’t and Junior is a psycho. So expect some sort of intervention opening Season 2.

Overall, this was a weak finale and really just a mess in terms of giving the show a send off that will have the fans wanting to see more come next summer.