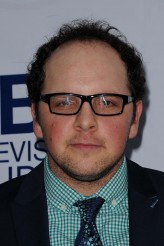 CBS held a Summer Press Day at the London Hotel in West Hollywood recently and ASSIGNMENT X got the chance to interview Austin Basis, who portrays J.T. Forbes on the CW’s TV show BEAUTY AND THE BEAST. His best friend is Vincent Keller (Jay Ryan) and he tries to always have his beasty friend’s back!

BEAUTY AND THE BEAST returned on June 2nd, and 3 of the 6 episodes left in Season 2 have aired so far.

ASSIGNMENT X: Since the show has been picked up, how many episodes will Season 3 be?

AUSTIN BASIS: I am not sure at this point. I think it is 13 and we will probably be placed somewhere in the schedule at some point in the season. I’m not sure if it is going to be January or it may be earlier. I really don’t know any technical things like that, but I think it will be a minimum of 13.

AX: I saw on the trailer that Vincent lands up in jail, but he is still the beast. (Episode 17, Season 2, “Beast Is The New Black,” aired June 2)

BASIS: What is good that there are 6 episodes left in season 2, and the season finale, and thank God it’s the season finale! Then we have 10 or13 more, but I’m not sure exactly. The fans were looking for more episodes and they got them.

AX: Regarding your character, are you ever going to get together with Tess (Nina Lisandrello)? I mean you have definitely have an attraction to each other.

BASIS: That is the fun of getting more episodes. In the next 6 episodes there is quite an arc with J.T. and Tess where it gets more and more serious. It’s similar like Vincent and Catherine (Kristin Kreuk) relationship, but I think we come to a quicker conclusion on what the relationship is and what we are doing and if this is going to be worth it and if we are in it for a long haul. I can’t really give too much away, but I hope there will be more scenes with them.

AX: It was like you guys were teasing each other.

AX: Anything that you can give out of what will happen with Vincent and Cat? What about the Gabe Lowen (Sendhil Ramamurthy)? I always thought there was something about his character that I didn’t like.

BASIS: Gabe has been exorcized from the love triangle and Vincent and Cat are in it to win it! (Laughs) And they are now battling the forces that are against them. In this case it’s the law and there will be forces down the line and if you read anything about season 3 there will be forces we don’t know about yet and organizations and conspiracies that are higher then Muirfield or the Government.

BASIS: Pretty much I would say.

AX: I think they have done that to the hilt.

BASIS: Yeah. I think there’s a mythology and a lineage that the beasts we start to find out more about them. Back in a couple of episodes there was a gem revealed and a skeleton and so some of these things start to make themselves to the surface. They lay dormant for a while when we were fighting off the people that we were fighting off. At least the team, as we call ourselves The Scooby Gang (Laughs) is now fighting and working to make sure Vincent is okay and the Cat and Vincent relationship is preserved, which is important to the fans, but is also important to them to who they are now. They have had these tribulations and trials in the course of season 2…being separated…being with other people.

AX: And for a while there he didn’t even remember you.

BASIS: Yeah, that was really an interesting thing to play because we played a whole season where we had 10 years of doing this and 15 years before that where we grew up together.

AX: And you felt guilty because you were the one that gave him to Muirfield.

BASIS: I know…and for an actor that was a great choice for the writers and for the story and the character. Obviously there’s a brotherly love with J.T. and Vincent, but there is also a guilt that pushes you to do things that put yourself at more risk then you would normally put yourself at for someone you care about. And so that guilt drove a lot of what I did and so the second half of the season after we had kind of a confession moment has been a release of tension and reuniting of the relationship and getting back to who they were. Who knows if Vincent still remembers, but I think they are almost back to where they were and even more so because of that weight that is lifted and I think that they are further along as friends and brothers then they have been.

AX: In the episode that aired June 2nd with him in jail, he could have broken out in 2 seconds.

BASIS: Yeah, but the whole battle with him trying to earn Cat’s love back …

AX: By not beasting out.

BASIS: Yeah, he doesn’t want to use the beast…he doesn’t want to abuse his beast side for stuff that is only going to bring more trouble. I think what it comes down to it works for the good. If he is doing things for good and not hurting other people that are good too. I think everyone is on the same page, but I think in his heart that if he keeps it in check and obeys the law. There is a big arc in the next episode (“Cat and The Mouse,” season 2, Episode 18, aired June 9th) where he has to figure out if he wants to take the rap and if he wants to confess. He did it, but in self defense really, but someone is accusing him of murder he actually did, so he has to really decide.

AX: Okay Vincent is in jail, but if the inmates come after him he can turn.

BASIS: That is the danger. That is one of the problems and the Scooby Gang has to decide and figure out because at any moment in jail, like the first day in jail people get beat up.  That’s how it works…or that is how it works on TV! So we know he will beast out if that happens so we have to figure out how to make sure that doesn’t happen.

AX: Basically your character can’t go visit him in jail because you don’t want the world to know about you or where you hang out.

BASIS: Have you seen any of the pictures…the spoiler pictures?

BASIS: Don’t! (Laughs) I mean J.T. has broken into the morgue a couple of times. He’s done illegal activities and anyone on the team knows how to bend the law or go around the law to do what they need to do whether it’s Vincent, Cat or someone else.

You will see that J.T. and Vincent do get in contact and the question is whether it is successful. It’s a rough episode after such a good coming together of Vincent and Catherine as now they are facing the odds and that is what the writers have set up for the last 6 episodes is how do we overcome redeeming and vindicating Vincent for this murder and who turned him in and then second how do we prove that he is innocent. How do we turn the tables on that person?

AX: Okay let me get this straight…you started on June 2nd and the next 6 episodes are the end of season 2 and then a break and then you’ll come back for season 3.

BASIS: Right. Then we will film the [Season 3] episodes and come back at some point. I don’t know what is going to happen, as they haven’t written it yet. It’s going to be more like how does Vincent and Catherine deal with the ins and outs of a daily life of living a normal life and on the other side of it there’s an open ended thing at the end of season 2 of them teaming up to fight forces that we don’t know about yet.