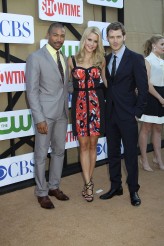 Catching up with a vampire at the CBS/CW/Showtime TCA Party! 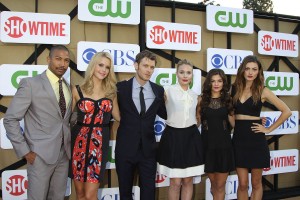 At this year’s CBS/CW/Showtime Summer Television Critics Party, ASSIGNMENT X was able to catch up with Joseph Morgan who stars as Klaus Mikaelson on the new CW show THE ORIGINALS, which is a spin-off for the hit show THE VAMPIRE DIARIES.

In the new series, Klaus, along with his brother Elijah (Daniel Gillies) vow to reclaim what was once Klaus and his families city…New Orleans, and along with his sister Rebekah (Claire Holt) they will get it back – the power, the city and his family. Of course, there will be obstacles…Marcel (Charles Michael Davis) owns the city. Marcel has everyone from the witches to his gang of vampires under his power.

SPOILER ALERT: On top of all that, his one night-stand with Hayley (Phoebe Tonkin), back in Mystic Falls, is going to bring him a new family.

ASSIGNMENT X: Comparing your character from VAMPIRE DIARIES to the new show, you seem like you are a very lonely vampire and your only love is Caroline (Candice Accola), and you want everything that Marcel has, but you still seem lonely no matter what happens with your character. Is that how you see your character?

JOSEPH MORGAN: I think he is the product of a dysfunctional childhood. I think he was sort of shunned by his real parents. His father wasn’t his father, but he turned out to be the father of his sibling’s, so I think he has always had that need for affirmation. That need to be loved and he’s acted out on that, which causes his temper and his rage issues. And I think he is lonely. He wants the love and it stems back to him wanting the love and acceptance of his family and sibling’s. 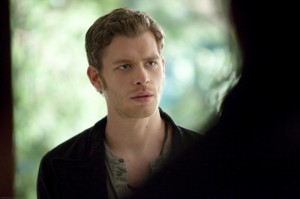 AX: But it seems that you don’t like your sister very much since you have staked her so many times.

MORGAN: I think he loves her.

AX: But you get so upset with her.

MORGAN: I don’t know the details, but I know they are going to do crossovers. I mean that’s the point because the world has gotten bigger and our characters exist in the same world. So there is going to be absolutely different characters moving from show to show, but there is none as of now, but we’ve been told there will be some.

AX: In the trailers for the show they show you saying that you had what Marcel had before and he has it now and you want it back.

MORGAN: My family and I built that town from the ground up and Marcel was like a son to me. I turned him into a vampire. He was a protégée and when my father chased us out of New Orleans we believed that Marcel was dead, but I came back to find out that he wasn’t dead, he survived and thrived and he’s built this town into something incredible and I see what he’s got and I want it…I want it back. It was mine in the first place.

AX: How many episodes have they filmed so far?

MORGAN: We are filming the first episode at the moment.

AX:  Do you know if they are planning to have you create more hybrids?

MORGAN: Well I can’t at the moment because I don’t have the doppelganger [Nina Dobrev], so I don’t know if that is still of goal of his. I would imagine it is, although now he is a little consumed with the idea of the pregnancy I think and creating an actual family. He’s kind of torn by that and not sure if there are more hybrids in his future or not.

AX: I thought vampires couldn’t have kids according to every vampire story that has been on TV.

MORGAN: Yes, vampires can’t procreate, but he is not all vampire is he? He is half werewolf, so that is the loophole.

AX: Where would you actually like to see them take your character?

MORGAN: I’d like this in the long term perhaps to be a story of Klaus’ redemption. I think gradual redemption. I would like to explore the idea of him being a father as well. I look forward to that.

AX: With the vampire cure found and Silas [Scott Parks], who is still alive will they bring him to New Orleans?

MORGAN: I doubt it, I think he is very much part of THE VAMPIRE DIARIES. I don’t know anything for certain, but I don’t think we will be seeing Silas in Ne Orleans soon.

AX: Good luck with the show and thank you very much.