News: The CW gives the scoop on THE VAMPIRE DIARIES spin-off THE ORIGINALS – TCA 2013 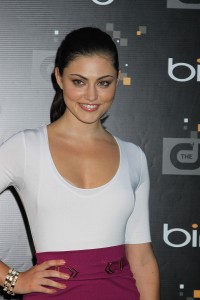 It was recently announced that The CW is creating a spin-off to their popular THE VAMPIRE DIARIES series and now The CW President Mark Pedowitz has revealed some more details about what will be called THE ORIGINALS.

At today’s The CW Winter 2013 session, Pedowitz revealed that THE ORIGINALS will focus on Klaus (Joseph Morgan) and the Original family of vampires and this is going to be a backdoor pilot that will be part of DIARIES. Phoebe Tonkin will also be reprising her role of Hayley.

“If you have something you can incubate and get it on the air, it’s a good way to get pilots done so we’re going to focus on the Original family,” says Pedowitz. “The Original family is the first family of vampires and the character of Klaus is one of the founding fathers of New Orleans, so the show is set in that venue. Klaus is such a great character the the Original family has some great dysfunctional family dynamics, so we thought this was a great way to go.”