News: The CW is pleased with SUPERNATURAL ratings – could Season 9 be a given? – TCA 2013 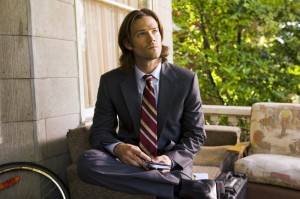 With SUPERNATURAL pairing up rather nicely with new breakout hit ARROW on Wednesday night, the long-running genre series has seen major ratings gains this year which poses the question – “Could Season 9 be a given?”

At today’s The CW Winter 2013 TCA event, The CW President Mark Pedowitz seemed optimistic about the show’s renewal for another season, without confirming anything concrete.

“Nothing has been announced and no determination has been made, but we are pleased with how Wednesday night has worked with ARROW being a bonafide hit and SUPERNATURAL gaining back viewers,” says Pedowitz. “There’s always a good shot that will happen.”

Article Source: Assignment X
Article:The CW is confident that SUPERNATURAL may come back for Season 9