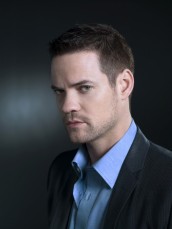 Exclusive Interview: NIKITA star Shane West discusses the rest of Season 2 and beyond 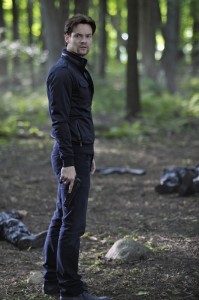 ASSIGNMENT X recently got a chance to interview Shane West  at the CW party at the Langham Huntington Hotel in Pasadena during the 2012 Winter Television Critics Association Annual Press Junket. Shane talked about his character Michael on NIKITA and what he would like to see happen if the shows continues on past Season 2

Shane, a former teen heartthrob from his role as Eli Sammler on ONCE AND AGAIN finds that playing Michael is one of the most complex characters he has ever portrayed.

ASSIGNMENT X: What’s in store for your character Michael this year?

AX: Now that Percy (Xander Berkeley) is locked up and Amanda (Melinda Clark) is not getting everything that she would like to as head of Division, but is trying hard.

WEST: It always going to be the same with this show. I would always like a better answer, but I don’t know. They don’t tell us much. I do know that a lot of things are coming to a head. They are back together, they’re not together together, but they are living together back at (Seymour) Birkhoff’s place.

AX: You and Nikita (Maggie Q)?

WEST: Yes, and so they are working together. We have a talk about how we need to stick together to get back the black boxes. To take Percy out. To take out Division and then we can talk about ourselves.

AX: But Percy is not calling the shots anymore? 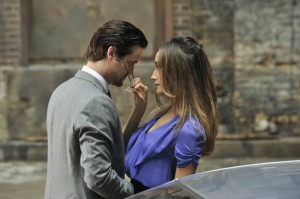 WEST: No, but he’s also as you will find out very very dangerous, if not more dangerous then Amanda has envision in the next few episodes. Percy is still stuck (in isolation). Once he breaks out and everyone knows he is going to be, it’s not like that is a spoiler. That’s when all hell breaks loose. Even him by himself, even though you will find out that he is not by himself has to be more potent then Division with Amanda. So you have a lot of different rifts, you have Gogol, you’ve got Amanda, and you got Percy on his side and then out with the group. So it’s going to be crazy, I really don’t know how it is going to end honestly this year. I didn’t know last year either. But this year especially I don’t know.

AX: What about Birkhoff, how is his character progressing, since he almost got blown up?

WEST: He’s great! We are very blessed to have Aaron Stanford on the show. He’s a wonderful actor and I think that was a coo to be able to get him. He’s a great movie actor. And it’s something the fans are enjoying with Michael going back and forth with Birkhoff last year in Division, and it’s something that we have tried to replicate this year and it’s something that Nikita has kind of grown a rapport with him as well. I certainly hope we can be a tight unit for a long time, because it’s a lot of fun working with the both of them. 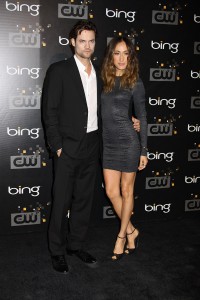 AX: What more do you want out of your character?

WEST: You know, I’ve never done an actually show before. The television shows that I’ve done before were very reality based, not reality TV based, but based on the real world. This is and it’s not. I was speechless the first year on trying to figure out what the hell was happening with this show. Knowing [creator] Craig [Silverstein’s] background and loving what he was doing, I still just didn’t know. He told me what was going to happen to Michael in the first year and everything that he said was going to happen did. So, I trust him. He’s a great guy and a great writer.

This second season, same thing he threw me a loop with having a kid, because I thought it was going to be Nikita being the problem, in breaking their relationship up. I’d like to see and we are going to see some sort of resolution with Michael and his son and Cassandra (Helena Mattsson). I’d like to see some sort of dialogue between Michael and Alex (Lyndsy Fonseca) now that Alex is now part of the team again. They glossed over that with their entire history of last year. I think down the long run, and Michael he has mentioned it a couple of times, and people have picked up on it, he wouldn’t mind taking over Division, because he believes that Division did well. And of course Nikita wouldn’t believe that, but he does. And you will run into another character soon that believes in the same thing. And that would be fun down the line. I wouldn’t say next season, but it’s hard to say how long the show will go. But if you had a crystal ball and it could go five years or more, I would love to see that happen. 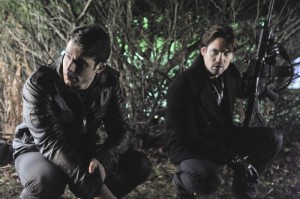 AX: Are they still going to have the black boxes?

WEST: Oh yeah, it’s almost done we are killing guardians left and right. There are only two left. It’s kicking around. The black boxes storyline is almost dead, but the writers on our show what they like to do is spreading to another storyline that things can be dropped off instead of just cut-off and you are already phrased into another story. So I believe by the end of the year that the black boxes might be a dead storyline…might be. People are getting killed left and right as I said. I think it was nine guardians and we are down to two, not much more we can do.