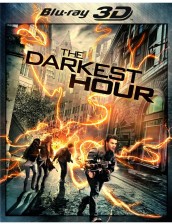 Also worth checking out: THE IRON LADY, LOGAN’S RUN: THE COMPLETE SERIES, DOCTOR WHO and more 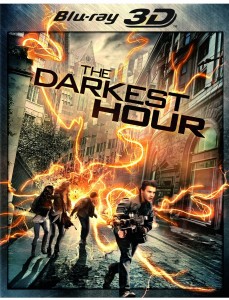 THE DARKEST HOUR – This is an interesting take on the alien invasion/apocalypse genre from producer Timur Bekmambetov (who directed WANTED as well as the awesome NIGHTWATCH series). Set in Moscow, two friends try to get their Internet business off the ground but get shafted instead. They meet two hot chicks in a local club only to have all hell rain down on them in the form of electromechanical beasts that turn flesh into dust. Soon, all of Moscow is burning and destroyed and nearly most of the popular is toast. The few remaining survivors have to fight their way through the destruction and beasts in order to find salvation. The plotline is pretty milquetoast as it has been done a few times already but the special effects are pretty cool and in high definition are even better. Definitely worth checking out for some mindless apocalyptic fun. 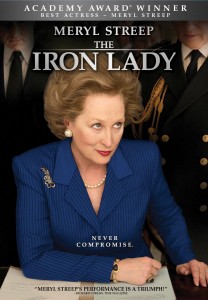 THE IRON LADY – This period piece drama is pretty good and especially good for those who enjoy a good trip down memory lane in the land of England. THE IRON LADY examines the rise of Dame Thatcher (played by Meryl Streep) through her simple beginning through her education and into the most powerful position in England as Prime Minister. It is definitely a history fan’s film as they showcase how she was the target of the IRA and went to bat for dangerous mine operations in the country as well as other notable accomplishments. 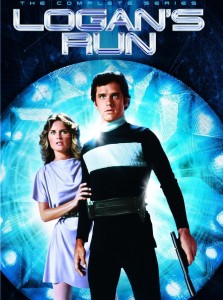 LOGAN’S RUN: THE COMPLETE SERIES – Along the way in the 70s, popular movies were converted into television series much like they do today – well far less infrequent. LOGAN’S RUN continued the journey of the world where no one is allowed to live past the age of 30 and is subsequently killed. If they decide not to jump into the fire and “run”, they are hunted down. Logan was one of these Sandmen until he turned 30 and ran himself. Picking up after the movie, now after 35 years of being on the air the original series makes its DVD debut. While not nearly as popular as the film (THE COMPLETE SERIES contains all 14 episodes), it definitely still today has a hard core base of fans. The same people that enjoy the classic cheesy nature of DOCTOR WHO original series found something in this series as it contains just as bad special effects but no less the fun. 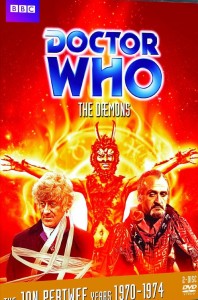 DOCTOR WHO: THE DAEMONS – Another round of cool vintage WHO is coming to DVD with this first one starring the third Doctor, Jon Pertwee, and his companion Jo (Katy Manning). The Master has returned and he is working on a plan to conjure an ancient Daemon that resides inside a burial mound. Just so happens a professor is looking to unlock it despite the warnings from a local witch that sees nothing but bad news ahead. Of course, it boils down to the Doctor having to stop the events from going down in order to save lives. The story has been remastered with a new audio commentary and other extras. 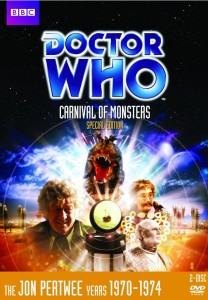 DOCTOR WHO: CARNIVAL OF MONSTERS – SPECIAL EDITION – The second title is again with Pertwee and Manning in a fun story about a cargo ship that supposedly traveling along an ocean, however, it is actually trapped inside a carnival of miniaturized things including a host of strange creatures that they must deal with in order to escape. This was the first episode in which the Doctor was able to leave Earth after the TARDIS broke down, trapping him on the planet. This is also a re-release from an earlier DVD set that includes new interviews and new featurettes not found in the first one. 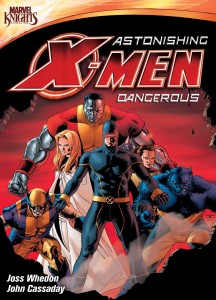 MARVEL KNIGHTS: ASTONISHING X-MEN: DANGEROUS – Another solid panel-by-panel re-telling of the ASTONISHING X-MEN story of how the infamous Danger Room turned into a sentient artificial intelligence and tried to take out the team. Told in comic book issue format, Cyclops, Emma Frost, Professor X, Beast, Wolverine, Colossus and Kitty Pryde fight through Sentinels of various sizes and learn some deadly secrets about their founder that will shake their faith him in for many storylines to come. THE AVENGERS director Joss Whedon wrote the series with art by John Cassady and it shows with some really good takes on the classic X-MEN characters even if it is panel-by-panel.

Article Source: Assignment X
Article: Blu-ray and DVD picks of the week including THE DARKEST HOUR