During the press event for DOCTOR WHO at WonderCon 2011 in San Francisco, ASSIGNMENT X had to ask frequent SUPERNATURAL guest-star Mark Sheppard about the possibility of his character of Crowley returning to The CW show in Season 7.  Here’s what he had to say. 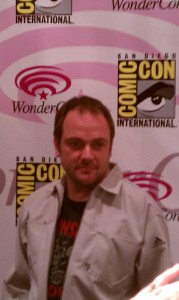 “You can’t get rid of Crowley,” Sheppard says. “If they go to Season 7 on SUPERNATURAL, I would guess that they would bring Crowley back because the fans have been barraging the show about it. Keep doing it! If you want me back on SUPERNATURAL you have to keep pestering them.”