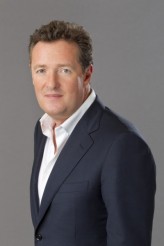 AMERICA’S GOT TALENT heads down south to Houston, Texas where many a talented act performed and got a pass to Las Vegas. Shockingly judges Piers Morgan, Sharon Osbourne and Howie Mandel seemed to agree on almost every act during the first half of a two-hour installment.

There wasn’t much tension going on between Morgan and Mandel (Mandel usually can’t get enough of razzing Morgan). They were harmonious in their decision to send through The Rhinestone Roping knife throwing act, The Mona Lisa singing duo, a glow in the dark juggler and a Purrfect Angelz dance troupe. Although the celebrity stars were aligned and the talent was good, the show lacked a bit of humor and mischief without Morgan’s utter disgust and Mandel’s rampant teasing.

Like in every city more acrobatics performed. They were good, but still just more of the same stuff we’ve already seen, which begs the question how unique can you really get when we’ve seen so much of every stage act possible. Even the good stuff becomes dull after awhile. So, many went through, some did not. Status B.L.A.K singing group didn’t cut it. Johnny Di Domenico doing a very, very, very bad impersonation of Howie Mandel didn’t make the grade (C’mon at least try to sound like Mandel if you are going to have the gall to mimic him in front of him) and neither did the Asian James Brown.

The adorable Dani Shay, who says Justin Bieber looks like her and not the other way around, was liked by all three judges as was the LD Dance Company, Professor Splash who jumped into 12 inches of water from 30 feet and last but not least sweet Lil’ T, a 6-year-old dancer who has moves most adults never live to master. So, onto Minneapolis. Stay tuned.