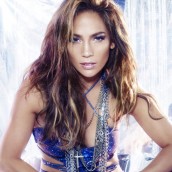 So last night was a mixture of good and very bad on the greatest karaoke competition, AMERICAN IDOL.

But tonight the chicks are in the spotlight and as we have seen in the prior episodes, after you separate about five out of the men, the women have the most talent this year. So I am going in expecting big things and a much better overall performance from the ladies.

Bah, you don’t care what else I say, so let’s get to the performances!

Ta-Tynisa Wilson – Ack, this was not a good way to start off the show. Not only did “Only Girl (In The World)” by Rihanna not really show off what she could do until the end, but there were some really bad parts that she just had some real pitch problems. It was perhaps a bit too fast and I’m sure there will be a lot of better performances tonight. Randy Jackson at least thought about the same as I did. I also agree that it was just not really anything special about it. Grade: C

Naima Adedapo – Well, first off. She looks freaking amazing. What a looker and she shows  off some style for sure. And can I just get cheesy for a second, her rendition of “Summertime” by George and Ira Gershwin made living on the IDOL stage look easy. Like she had been doing this all her life and she was returning to the stage to grace everyone with her presence. Just a fabulous performance that showed her vocals and her performance style, which is always a good thing. And that last note was outrageous. Grade: B+

Kendra Chantelle – Not sure in the choice of picking Christina Aguilera’s “Impossible” given her recent troubles with the law, but it isn’t impossible to actually do it right. Unfortunately, this wasn’t anything to write home about and could very easily be forgotten by the night’s end. She has a good look and those pants are off the hook, but there wasn’t enough there for it to be memorable which when America is only picking five people you need to be. Grade: C+

Rachel Zevita – Well it may be the first time that Fiona Apple has ever been on AMERICAN IDOL, much like Judas Priest made its IDOL debut last night.  Rachel’s version of “Criminal” definitely had some interesting aspects to it. I loved the beginning, but the middle really was a mess and the ending could have been a lot better. However, the crowd sure seemed to like it and that may be indicative of how the voters go for. Now, I agree with the judges that it was a bit of Broadway, but again I think future performances will leave this one in the dust. Grade: C+

Karen Rodriguez – Well, so far the ladies have yet to wow me other than Naima, so hopefully Karen will do something that will make the night better. But … it’s a slow ballad and that makes me always cringe. Even worse, she’s speaking Spanish. Mariah Carey is a tough one to live up to, but mixing the languages makes it even more difficult (at least to me I would think). Nothing wrong with how she sang it because it was damn good, but come on, you gotta think about the audience you are appealing to here. She may need a “Hero” when it comes to the voters because I just don’t see Middle America liking the Spanish parts. Call me a red state, but I gotta think they will go more English. By the way, of course J.Lo loved it. Grade: B-

Lauren Turner – Unfortunately for Lauren, it isn’t all about her singing as to why people will vote for her or not. Is she someone that people will want to see every week? Will they instead prefer one of the most attractive women that have equally impressive voices? I think that she is a hard sell no matter how well she sang Etta James’ “Seven Day Fool.” I liked the performance but it wasn’t anything special and I think people will have a hard time remembering the song when it comes time to voting. Although, the way things are going the voters may have a hard time remembering anything because so far no one has stood out. Grade: B

Ashthon Jones – You gotta love her bravado in the look back at her IDOL journey, but will she cut the mustard with voters? It was OK, but here again is it enough? Not sure. Monica’s “Love Over Me” is a good choice but there were times where she was having difficulty with the song and having some pitch problems. But that may not matter. She has swagger and some people like that. Unless the final five performances blow us away we may see her in the next round. Grade: B

Julie Zorrilla – Is Julie trying to convince us she’s the next Kelly Clarkson by singing the former IDOL winners’ “Breakaway?” Perhaps, but she may need more than that fancy throwback dress. Luckily, she’s really cute which is something she has going for her but as we have found out before in past years it isn’t all about how people look. I do like that she didn’t go with a ballad, but she could very well be sitting up there when it is all over. I do agree with Randy that it was just a karaoke version of the song, however. Grade: B-

Haley Reinhart – Now, we are talking. This is the kind of performance that I have been waiting for all night. Maybe it is also because I wasn’t expecting much from Haley as much as the others. It was a good choice in picking Alicia Keys’ “Falling” because it showed off her vocal pipes and she didn’t have to do a ballad to do it. I disagreed with Randy because I think it definitely showed off what she is capable of. I think she may have sung her way to voters’ hearts. Grade: B+

Thia Megia – Interesting that a 15-year old would actually pick an Irene Cara song in “Out Here on My Own” but I think it was a wise choice. Now, as you could probably tell, I am no fan of the ballads on IDOL because they just bring the whole show to a screeching halt. However, when it is done right and the singer nails it. It totally works. Thia nailed it. And given she’s young and has some serious pipes, may have some longevity in the competition. Grade: B+

Lauren Alaina – I think the judges fell in love with Lauren from the beginning and for the viewers we just never saw it because she was subpar in some of her performance leading up to her version of “Turn on the Radio” by Reba McEntire. While it was a rocking song that got the crowd going, once again the judges just loved her and I was left wondering what the hell they just saw that I didn’t. It wasn’t bad, but was it better than Thia or Naima? I don’t think so. Given how much they pumped her up, she’s gotta be one of the favorites to move on. Grade: B-

Pia Toscano – Finally, there’s Pia. Will she deliver where the others have not? She definitely has the looks in being the prettiest chick among the Top-12 for sure. Singing The Pretenders “I’ll Stand by You” was a wise choice because it got her out there without any flashy moves or dance numbers and just showcasing her voice – which was mighty impressive. Say hello to the best of the night and the girls’ front runner for sure. Grade: A-

Well, I am a bit disappointed. Besides a handful of the girls, most were pretty tame and left me wanting someone to stand out. Luckily, Pia did and she should be a shoe-in for the next round. Other than that, most of the performances were forgettable from the girls.

There can be only five that move on from this pack (and one picked by the judges), so who will make it? Well, who I would like to see make it differs from who I think will make it.

Pia Toscano – She blew it out of the charts with her version of “I’ll Stand by You” by the Pretenders and not only wowed the audience who gave her a standing ovation but the judges as well. She also showed that she deserves to be in the competition and among one of the top of the pack.

Naima Adedapo – She showed that she is a great performer and a very good singer. Not only that, we could definitely see some interesting things come from her in future performances. I think she was one of the few people that stood out during the girl’s performances.

Thia Megia – The Asian 15-year-old wowed the judges and wowed me as well. She may not have been a stand out in the beginning of the competition but I think everyone has a different opinion of her now. Her version of Irene Cara’s “Out Here on My Own” proved she deserves to be up there and set her apart from the others.

Lauren Alaina – While I think her version of “Turn on the Radio” by Reba was just so-so and nothing special, the judges just loved it. And I think that carries a hell of a lot of weight. I think people will believe she should be in the competition and will give her votes based on that.

Finally, this last choice is a bit hard, but I think it will be: Ashthon Jones – I think she’s the best of the soulful singers and people will be drawn to that. I also think her bravado is something that appeals to voters because they will want to see what she does next. Will she make it long in the competition? Probably not, but she’ll move on here.

WHO DO YOU THINK SHOULD MAKE IT? WHO SHOULDN’T? LEAVE YOUR COMMENTS BELOW AND LET YOUR VOICE BE HEARD.