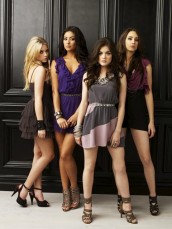 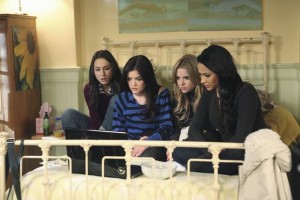 PRETTY LITTLE LIARS wrapped up its first season on ABC Family last night and with the show committed to a Season 2 (and possibly more), we caught up with showrunner and executive producer Marlene King to get the scoop on what to expect from Season 2 and beyond.

Here’s what she had to say in this exclusive interview:

ASSIGNMENT X: When a show gets an early renewal like PRETTY LITTLE LIARS, does that help in building to a more satisfying end of the current season?

MARLENE KING: We planned in our minds for the show to run four or five years and Season 1 was setting up the thought that this mystery would go on for numerous years. So [the renewal] affects us, in that we kind of knew the broad strokes of Season 2 when we started Season 1. What’s going to be interesting about Season 2 – it’s going to be two cycles of 12, instead of a 10 and 12. So we get to set up the mysteries with two premieres and two finales every year. It really is like two mini-seasons. It’s fun for us, because if we didn’t have that big break like ABC Family does, you would have to tell that story over those 24 episodes. Instead we get to do a mini-mystery in Cycle 1 and a mystery in Cycle 2. That’s fun for us.

AX: When will the next season start?

KING: Season 2 will start this summer. The Pretty Little Liars are like pariahs in the town of Rosewood, so the they’re going to be more globally known within their world.

AX: Now that you’re through Season 1, what have you learned going into Season 2? Did you realize certain things worked and what didn’t?

KING: We sort of were searching for that balance of the soap vs. the mystery – the personal lives versus the mystery. I think we found a really nice groove in these last 12 episodes and we kind of ramp up the mystery a little bit, it did become a little darker and a little edgier and I think we’ll take that same tone into Season 2. 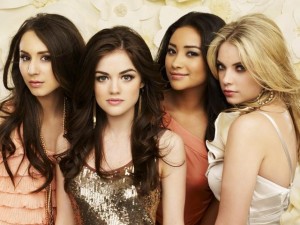 AX: Sara Shepard has four more PRETTY LITTLE LIARS books on the way – are you privy to what’s going on in the future?

KING: I just received an email today of an outline of what those books are going to be and I haven’t even had a chance to read it and I’m dying to have five minutes to scan it and see what it is.

AX: There’s still leeway with you to do your own thing with the series, correct?

KING: Alloy, the folks that brought us the books, told us we have carte blache to do whatever we want – to stay as truthful or depart. We were very worried in the beginning, we didn’t know what was going to happen and was it true to the books and would it make the fans happy. It always shocks me, [the fans] want us to be different, but they want the killer to be the killer from the books. We can change anything we want, but don’t change those things. It’s so interesting. I always thought they want to be surprised, but they don’t want to be surprised in that regards. So, we’re having fun surprisingly them nonetheless.

KING: We’re staying in touch with them. Allow Entertainment, they’re also producers on the TV show, so we stay in constant touch, so we don’t step on each other’s toes.

AX: What other plans do you have for Season 2?

KING: There’s a new character we introduced during the latter part of Season 1, who will be very important to our mystery of Season 2. We’ve stayed very true to the form that only the Pretty Little Liars have flashbacks of Alison, but the season finale, there is a character outside the world who has a flashback of Alison that really opens up the world in that regard.

AX: What happens if the series is still going strong after five years?

KING: After five years, I’m not sure what we would do with these girls, but at five years, that would be an awesome run for us.