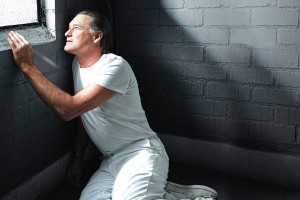 TORCHWOOD: MIRACLE DAY, the latest miniseries of the world-saving adventures of Captain Jack Harkness (John Barrowman), premieres Friday on Starz, in a co-production with the BBC.

Bill Pullman plays antagonist Oswald Danes. This is far from the New York-born Pullman’s first foray into genre – one of his first film roles was starring in Wes Craven’s voodoo horror movie THE SERPENT AND THE RAINBOW, and he went on to play the U.S. president in INDEPENDENCE DAY – but this is one of the actors few forays into series television.

Here’s what the actor had to say about his new gig.

ASSIGNMENT X: What can you tell us about Oswald in TORCHWOOD: MIRACLE DAY?

BILL PULLMAN: You meet me as I’m being executed with three lethal injections for having been a murderer and a rapist and a pedophile, and I live. So that’s the start of it. It goes into a lot of unexpected places. I am part of a phenomenon, which is this Miracle Day, which is suddenly no one dies for a whole day on Earth, and then the second day, and then the third day. I am part of that phenomenon, and then I move into a very special place.

AX: Would you say Oswald is the primary villain?

PULLMAN: Yes. You don’t recognize that I’m a direct adversary as it begins. There are a lot of ways in which I’m just dark and Machiavellian.

AX: Were you familiar with TORCHWOOD before you got involved with MIRACLE DAY?

PULLMAN: Yeah. I first heard about it from a comparative literature professor, which I felt was a good credential. He said he loved it because it was “creamy.” I don’t know what that means. I think it was “dreamy,” and then I realized it was a very kind of good mix of scary and funny.

AX: Were you specifically looking to do a television series, or did TORCHWOOD just come along?

PULLMAN: I don’t watch television, so I’ve kind of been out of it and I don’t know what to look for sometimes, but lately, because you rent [TV series DVDs], you see some of them. So although I wasn’t looking for a TV [show], this was a part that I really immediately had no reservations about joining up. 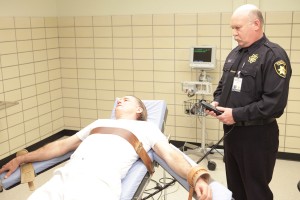 AX: Is it fun to spend a whole season – in this case, ten hours’ worth of material – playing a character, as opposed to the two hours’ worth you normally get to play in a film?

PULLMAN: I think there is that thing where it feels like you’re getting to evolve something. Films are usually shot out of sequence, and this [TORCHWOOD] is all shot episode by episode, so that kind of makes it chronological, which I think is better and it’s a rare film that actually [does this]. Like INDEPENDENCE DAY, we shot the last scene first, so it’s great to do it that way [in sequence].

AX: If this isn’t too much of a spoiler, is Oswald expecting to be alive after his execution?

PULLMAN: No, he doesn’t expect to be alive, he doesn’t know what the law allows him to do and then what kind of life he’ll live afterward. It’s a little bit like O.J. Simpson not getting convicted – what kind of life does he expect to have? People think that he should have died or been convicted. I think all of the stuff that Oswald begins with – there is a way in which he is not prepared for the way his life changes. He’s not at all expecting any of the things that come to him. And the game of life evolves in a way that he never thought about before. There are all those kinds of things which make it easy for me to wait and keep all of this as it evolves.

AX: Is this a very physical role in terms of running, jumping, throttling people?

PULLMAN: No. Not that kind of thing. I watched the trailer for [Starz’s action-laden series] CAMELOT and I said [to TORCHWOOD creator/show runner Russell T. Davies], “Russell, I think we need some swords [laughs] and some horses, too.” But no, [the violence is] psychological.

AX: You did a film called SURVEILLANCE not too long ago and you played a very dark character in that. Oswald sounds like he’s also pretty dangerous. Are you looking to do more of these types of roles now?

PULLMAN: [laughs] Around the time of SURVEILLANCE, they did a New York Times profile, and the title was “His Weird Part is His Fun Part.” ‘His Weird Side is His Fun Side.” So I guess maybe I’m having more fun with weird.

AX: Do you have anything else coming up that we should look for?

PULLMAN: Yeah. I did a movie with Milla Jovovich called BRINGING UP BOBBY and another movie called THE GREATEST MOVIE EVER MADE.

PULLMAN: [laughs] I think it aspires to be in its own lovable way.

AX: Is there anything else you’d like to say about TORCHWOOD at this time?

PULLMAN: No. In this realm of science fiction, it seems like story points are guarded and I don’t want to say more than I should.

Click on Link: 10 Things About TORCHWOOD You Need To Know