One of the central mysteries introduced in the two-part opening story of DOCTOR WHO’s Series 6, “The Impossible Astronaut/Day of the Moon,” concerns that little girl in the spacesuit. Who is she? Why did the Silence want her in that suit? And where did she get the power to regenerate like a Time Lord?

While fandom ponders these questions, theorizing faster than the Doctor can twirl around the console and set coordinates for the TARDIS’ next destination, it occurred to us that the girl in the spacesuit joins a line of other children that have found themselves somehow joined with or wired into alien technology throughout the history of new DOCTOR WHO. There’s even at least one significant example reaching back into the show’s classic era as well, and interestingly three of the five examples here were written by show runner Steven Moffat. Let’s take a look:

1. The Girl in the Spacesuit (“The Impossible Astronaut”) 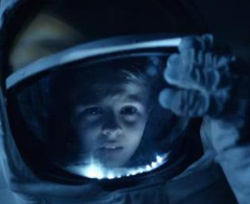 We don’t know who she is yet (stay tuned), but the mystery girl stuffed into a spacesuit exoskeleton by the Silence is seeking help, apparently needed its technology to stay alive, and she has the power to regenerate. Hmm!

2. The Renegade Daleks’ Battle Computer (“Remembrance of the Daleks”) 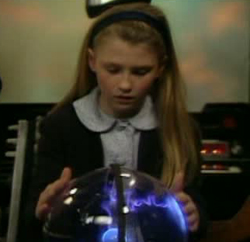 Jasmine Breaks in DOCTOR WHO - "Remembrance of the Daleks" | ©1988 BBC

Presumably abducted from the Coal Hill School in 1963, this little girl became a surrogate Davros-like creature manning a strategy system from a Dalek-like chair. She even seemed to remain under their control when away from the  machinery.

3. Charlotte Abigail Lux [CAL] (“Silence in the Library/Forest of the Dead”) 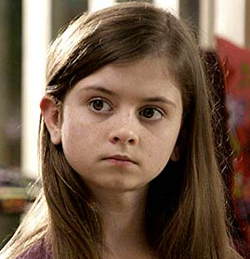 She was placed in a planet-sized hard drive so that she could live out a virtual eternity with all the books in the universe, but the Doctor had to help her restore library patrons threatened by the Vashta Nerada. She also saved River Song from death…sort of. 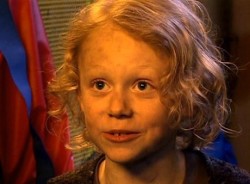 This cheerful future human boy thought he was leaving Malcassairo for Utopia but he wound up being reduced to a shriveled severed head wired into a Toclafane shell. This is the most horrific fate suffered by a child on this list. Poor kid, the skies were made of diamonds. 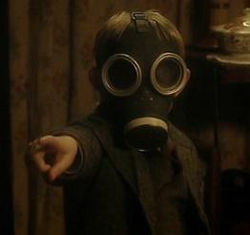 One of the early iconic images of the new series was this little boy, wandering the streets of London in World War II with a gas mask permanently affixed to his face. Altered by alien healing technology, Jamie was eventually cured of his zombie-like affliction and reunited with his mother, Nancy. Just this once, everybody lives! Although Creet…never mind.