Home » Blu-ray and DVD picks for the week including SMALLVILLE: THE COMPLETE SERIES

Blu-ray and DVD picks for the week including SMALLVILLE: THE COMPLETE SERIES

Also worth checking out: TUCKER AND DALE VS. EVIL, THE SMURFS, OUR IDIOT BROTHER and more 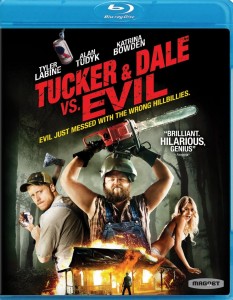 TUCKER AND DALE VS. EVIL – Now this is what I am talking about in the realm of horror-comedy. Something completely different and fun. Two good ole boys take a trip to the country in order to check out Tucker’s (Alan Tudyk) new vacation home – his first property that needs more than its fair share of work especially given it might have been a spot where a serial killer once lived. A bunch of college kids also on their way for some fun get wrapped up in that Tucker and Dale (Tyler Labine) are something out of THE TEXAS CHAINSAW MASSACRE especially when they “kidnap” Allison (Katrina Bowden) after she just about drowns in a lake. What happens is pure hilarity as the college kids begin to die in the most bizarre ways leading the duo to think they are from some suicide cult and the other kids to believe they are indeed killers. 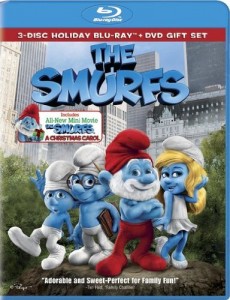 THE SMURFS – Look, I get it. There are no new ideas in Hollywood. The fact that any of these people creating movies in Hollywood still have jobs is beyond me. I gotta imagine someone out there has some cool ideas for children films and comedies and things that don’t have to do with creating a feature film from a really bad cartoon. I was never a fan of the SMURFS so that may have something to do with my lack of interest in this film or approval of what was put here mostly for tweens and younger. Still, someone out there has an idea that may make for good fodder but was shoved aside instead for this craptacular television adaptation. 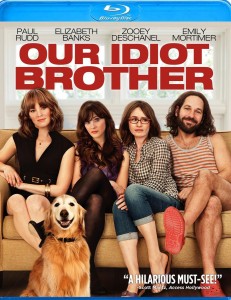 OUR IDIOT BROTHER | © 2011 The Weinstein Brothers

OUR IDIOT BROTHER – This is like a hipster’s wet dream – Paul Rudd, Zoey Deschanel, Rashida Jones and Elizabeth Banks all in one comedy. It drips with you being a fan of it before it went mainstream. I’m kidding mostly as I really like Rudd and this is actually a pretty funny film as he stars as a naïve and bumbling brother and is messed up sisters. Not that there is too much originality here as you can predict the direction the film goes, but the cast is strong enough for it not to be that much of a deterrent. Worth a Netflix queue and getting a laugh. 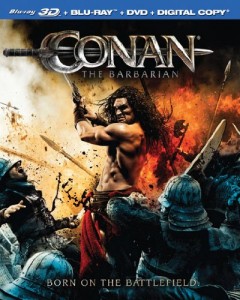 CONAN THE BARBARIAN – Just following up from THE SMURFS, again, I know no new ideas in Hollywood but what was wrong with the first CONAN? Not a lot. Yeah, it is dated. Yeah, it is a low budget film but this is what makes it a good film. Arnold is great because he doesn’t talk just chop people’s heads off. There is plenty of gore and a good story. Yeah, the second one is pure camp, but the original actually has a some meat and is fun on a variety of levels. Why remake it? Still, considering some of the remakes that have been out there, this isn’t too shabby.

BEAUTY AND THE BEAST: THE ENCHANTED CHRISTMAS SPECIAL EDITION – Only offered for a limited time, the follow up to the original Disney film is back in rotation for purchase this time with its debut in high definition. The story follows a scheming composer seeking to keep Belle and Beast apart during the holidays. There is a slew of cool stuff in the extras including music videos, sing-a-longs, featurettes and more. 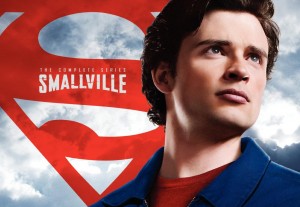 SMALLVILLE: THE COMPLETE SERIES – If you have not gotten around to purchasing one of the 10 seasons of this CW stalwart, your stubborn pigheadedness has paid off my friend as you can now own the entire set in one great collection now offered up by Warner Home Video. This set includes all 218 episodes on a whopping 62 discs as well as two entire discs that are dedicated to special features. But beyond that you also get more than five hours of new content in the extras. This is content that was not included in the original seasonal releases. But you do get all of the legacy content as well as this new content. Probably the coolest features is the 90 minute retrospective with all new interviews from the cast and crew. But also in the new content is the never-before-aired 1961 Superboy pilot, the film Comic Con panel and much more. Fans, this is a must have if you have not bought any of the prior seasons. 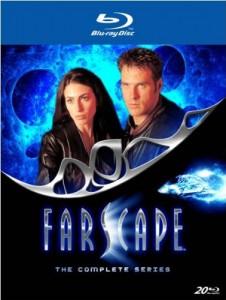 FARSCAPE: THE COMPLETE SERIES – I missed this a few weeks ago, but given the time of year it is a great gift for all the nerds and geeks in your family that dig science fiction. This is the Blu-ray version of the series offered up in high-def for the first time. It is a great gift because it has all the awesome things that make a good science fiction good. Romance, action, great characters, fascinating villains and whole new worlds and aliens that we have never before seen or laid eyes on that strikes a chord. All of the episodes are included here from the original SyFy broadcast. The only thing missing is the two-hour movie that wrapped up the series FARSCAPE: THE PEACEKEEPER WARS, which has yet to make it to Blu-ray. The very cool thing here is that there is a new documentary included in this set, “Memories of Moya: An Epic Journey Explored” has new interviews with the cast and crew where they look back at the series and the impact it had on their careers and science fiction television.

30 ROCK: SEASON FIVE – The popular sitcom finally gets to debut its previous season on DVD after much of the other television programs have already been delivered. So if you want to relive the comedy from the previous season, here is your chance to give it as a gift or watch it for yourself.

GREEN BAY PACKERS: ROAD TO XLV – This four-disc sports special celebrates the Green Bay Packers run from last year to the playoffs and the Super Bowl resulting in their victory in that game and winning the championship. While the Packers are having a great year in 2011, it wasn’t such easy sailing in 2010 where the team had to make it into the playoffs as a Wild Card team, fight its way past Philadelphia, beat down Atlanta and take it to Chicago before beating the Pittsburg Steelers in Super Bowl XLV. This collection captures all four of these games on four discs, the perfect gift for the Packers fan you know.