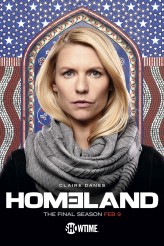 HOMELAND: Co-creator Howard Gordon gives the scoop on the final season and the status of a 24 reboot – Interview

The executive producer also discusses how bittersweet ending the series is 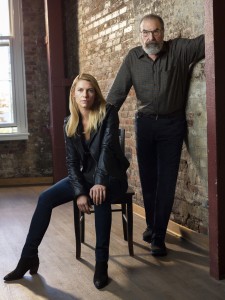 HOMELAND launched its first season in 2011. The series, which won an Outstanding Drama Emmy, as well as two Outstanding Lead Actress Emmys, two Outstanding Writing Emmys and more, is now in its eighth and final season Sundays on Showtime.

In its first years, HOMELAND was a cat-and-mouse tug of war between returned prisoner-of-war military hero Nicholas Brody (Damian Lewis) and doggedly determined, bipolar CIA agent Carrie Mathison (Claire Danes), who was – correctly – convinced that Brody had been turned by his captors and was secretly a terrorist. Carrie managed to turn Brody back, they became lovers, and he died an actual hero in Season 3. Since then, Carrie and her CIA mentor Saul Berenson (Mandy Patinkin) have been through harrowing ordeals in various places around the globe.

The end of HOMELAND Season 7 saw Carrie being imprisoned in a Russian jail for six months. Saul, now advisor to the U.S. President (Beau Bridges), secured Carrie’s release, but she is in a state of psychological trauma.

Howard Gordon, who created HOMELAND with his fellow executive producer Alex Gansa (originally based on the Israel prisoner-of-war drama HATUFIM), is also known for his work as an executive producer and show runner on 24, among many other projects. Gordon had left the day-to-day operations of HOMELAND in Gansa’s hands for a few seasons, but he has returned to be hands-on with Gansa for the final stretch.

Gordon and Gansa have both said that much of their knowledge of the workings of intelligence agencies comes from real-world sources. Asked at a Q and A session for HOMELAND about the willingness of those sources to discuss their work following the 2016 U.S. elections, Gordon says, “If anything, it’s actually gotten more accessible. Much like the characters who were testing the edges of their patriotism, I think people who on one hand are characterized as the permanent deep state, are actually people who have dedicated their lives and I think are very open about talking with us and meeting with us, and obviously, as the Chinese curse goes, ‘May you live in interesting times.’ We’re certainly living those times now, and I think people, to whatever extent we are a foothold or an amplifier or a crucible to talk about these things, they’ve been very upfront.”

Given the increasing weirdness of what’s happening with the real-world government in the U.S., and the always dramatic but never absurd action on HOMELAND, do Gordon and Gansa feel any sense of relief that the series is ending, because it represents a world that is somewhat reasonable in a way that the real one is no longer?

“Yeah,” says Gordon. “I think as reality has outpaced our capacity to fictionalize it, I think there may be some of that.” He turns to Gansa, who is also on the panel, along with executive producer/director Lesi Linka Glatter and actors Danes and Patinkin. “Al, do you have any thoughts?” 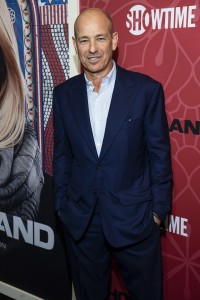 Co-Creator/Executive Producer Howard Gordon at the SHOWTIME Premiere Event for HOMELAND Season 8 at The Museum of Modern Art in NYC on Feburary 4, 2020 | ©2020 Showtime/Ben Hider

Gansa agrees. “I think relief is a big part of it. Right now, for those of us on stage, it’s been a long lovely trip, but we made a conscious effort this last season not to reflect and mirror what’s happening in Washington, D.C., whereas we did do that for the last two seasons. This season, we really decided to focus on these two actors, and these two characters and to tell the final chapter of that story. And we went far away to do it, and the results, I think, are pretty good.”

When the panel concludes, Gordon makes time for some follow-up discussion – and talk of 24 – with a small group of reporters.

ASSIGNMENT X: You had kind of stepped away from HOMELAND during the past few seasons. Does your presence here today mean you’ve stepped back in?

HOWARD GORDON: Yes, I’ve stepped back in full-time Season 8. I’ve been sort of in and out. After Season 2, I really stepped back when I did TYRANT. But I never stepped away entirely. I’ve always been – but this year, I was in the writers’ room every day. I was happy to be included. I didn’t feel compelled to be included, but I’m happy they invited me to come. 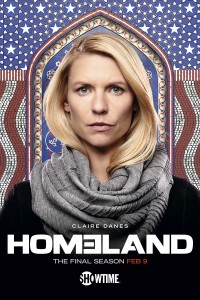 AX: Is he not in this season?

GORDON: He’s not. We had his card up there [on the board in the writers’ room], and a couple of possible entries. So he entered the story in the story room a couple times, but he never quite made it into the story. [There was] no reasonable way of getting him back.

AX: You shot much of HOMELAND’s final season in Morocco, where you’ve shot before. Were you always going to Morocco for this, or was there a moment when you thought you’d go somewhere else?

GORDON: We scouted Malta, we scouted Turkey. And truly, we just couldn’t get insured. So Morocco became one of the only places that could double for Afghanistan convincingly-ish, and that we could get the actors to spend seven months of their lives there. Malta wound up not being right, just too rocky and too vertical.

AX: Between HOMELAND and TYRANT, you’ve spent a lot of creative time in the Middle East …

AX: Do you want to go back there for a new project, or are you looking to go to Ireland or somewhere cooler?

GORDON: I would love to do a comedy or a musical, but something tells me I may find myself dusting off my passport and going to some crazy place. I mean, I don’t know why this stuff just keeps on pulling me back in. 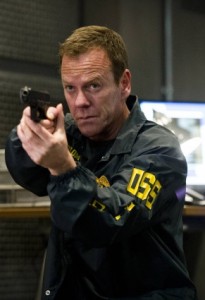 AX: Speaking of stuff that keeps pulling you back in, anything you can tease on 24?

GORDON: [joking] I was going to mention the crossover tonight, the HOMELAND/24 crossover. [serious] Look, Fox certainly wants to do it, and we’re talking. When I say “talking,” we’re trying to figure out a possible way in, what it will be, the big headline there being, it has to be worth doing. We can’t do it just to sort of do it. We want to find the right story. Todd Harthan, who is running THE RESIDENT, is working on that, and I’m certainly a friend of the court, trying to help that happen.

AX: How do you feel about people’s continued appetite for 24? It originally premiered nineteen years ago …

GORDON: Yeah, it’s amazing how resilient that show really is. That show meant a lot, obviously, to me, and to all of the other people behind the scenes, and to [24 creators] Joel [Surnow] and Bob [Cochran] and [executive producers/writers] Evan [Katz] and Manny [Coto], so I was just saying before that we did a few iterations, we did LIVE ANOTHER DAY, and then we tried a few iterations, with real time. I think if we do do it again, or if someone does it again, it has to have a real compelling reason to do it. Particularly if Kiefer is going to come back.

AX: Well, you’ve got to get Jack Bauer out of Russia …

GORDON: Got to get him out of Russia. [joking again] That’s the crossover.

AX: Is it bittersweet to be saying goodbye to HOMELAND?

GORDON: Yeah, it is definitely bittersweet, especially when the experience was so good. You can see we really like each other up here [on the panel]. And we had a bit of a farewell dinner that Disney and Showtime co-hosted last night, and really a lot of strong feelings. So it is bittersweet, but at the same time, the primary, the principal, the cardinal rule of show business is, know when to get offstage and leave them wanting more. And I think those two things are paralleled.

AX: And what would you most like people to know about HOMELAND’s eighth and final season?

Article Source: Assignment X
Article: HOMELAND: The scoop on the eighth and final season of the Showtime series and the status of a 24 reboot