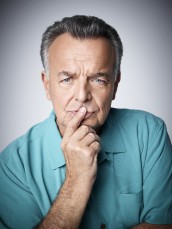 FRESH OFF THE BOAT: Actor Ray Wise on his ABC series and more – Exclusive Interview 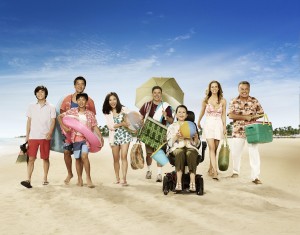 FRESH OFF THE BOAT, now in its sixth and final season Fridays on ABC, primarily chronicles the Huang family. Based on the memoirs of chef Eddie Huang (played in his youth by Hudson Yang), the series shows Eddie’s Taiwanese immigrant parents, restaurant owner Louis (Randall Park) and novice writer Jessica (Constance Wu), making a go of it with their three young sons in ‘90s Orlando, Florida.

Friends and neighbors loom large in the Huangs’ life, especially Dr. Marvin Ellis, played by Ray Wise, along with his wife Honey (Chelsey Crisp) and daughter Nicole (Luna Blaise), who is Eddie’s age. In the past few seasons, Marvin had his vasectomy reversed so that he and Honey could have a new baby. Marvin then retired, and now has more time to spend with both his new baby girl and his good pal/occasional partner in crime Louis.

Wise, originally from Akron, Ohio, is new to being a half-hour comedy regular, but his career has spanned decades. Some of Wise’s more memorable performances include playing Leland Palmer, father of Laura, in both the network original and the Showtime revival of TWIN PEAKS, real-life newsman Don Hollenbeck in GOOD NIGHT, AND GOOD LUCK, the U.S. vice-president in 24, the Devil in two seasons of REAPER, Ed Baxter in MAD MEN, a skeptic turned believer in the horror film DIGGING UP THE MARROW, and a sleazy politician in MARVEL’S AGENT CARTER. In 2015, Wise won a Daytime Emmy for his recurring work on THE YOUNG AND THE RESTLESS.

ASSIGNMENT X: What can you say about your FRESH OFF THE BOAT character, Dr. Marvin Ellis?

AX: Did you do any research in order to play a dentist?

WISE: Well, only a lot of dental work in the last fifty or so years.

AX: I’m guessing that wasn’t because you assumed you’d play a dentist one day, though ..?

WISE: [laughs] No. Of course, I familiarized myself with the dental office, the chairs, how to use the equipment, the tools, the implements, and I know how to put a bib on very well. So I can pretty much fake all of it.

AX: Have you done a lot of sitcoms before this?

WISE: I did HOW I MET YOUR MOTHER. I was Robin Senior [father of Cobie Smulders’s character Robin Scherbatsky] in that one. But this is my first sitcom as a regular. 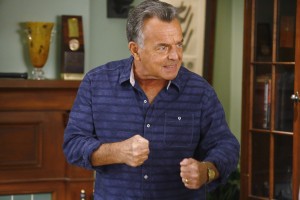 AX: How are you enjoying the work hours of doing half-hour comedy, compared to the one-hour dramas?

WISE: Oh, the hours are much better [laughs]. We get done much earlier in the day, and it’s great when you’re part of a big cast, because you only work a few days of the week. So it’s much better.

AX: FRESH OFF THE BOAT is set in Florida, but it shoots in Los Angeles. Are you enjoying playing L.A. for Florida?

WISE: Yes, very much. I get to stay tan year-round and I wear very flowery shirts and it’s great pretending to be in Florida.

AX: Have there been any unusual scenes in the past few seasons of FRESH OFF THE BOAT?

WISE: Oh, my. Let’s see. [There is] one where we went back in time, and we saw a young Marvin being charged by an elephant in Africa.

AX: Did you actually do a scene with an elephant?

AX: A charging elephant over here in the wild, and you over there in the studio, being charged at by a tennis ball?

AX: There was a cone of silence on everyone involved at the beginning, but now that it’s all aired, can you say anything about the TWIN PEAKS revival on Showtime?

WISE: Well, it was fun to see some of my old cast mates. The new TWIN PEAKS isn’t very much like the old one. But it was great to be back, and back with David [Lynch] again.

AX: How was DIGGING UP THE MARROW? I thought it might be an actual documentary until you showed up, playing someone with a name that wasn’t Ray Wise. Do you have a preference between studio work, like FRESH OFF THE BOAT, or something like that, where it’s …?

WISE: Guerilla filmmaking. I don’t have a preference, really. I like all genres, and I like everyone’s approach. Just as long as it’s a good story and I’m playing a good character. 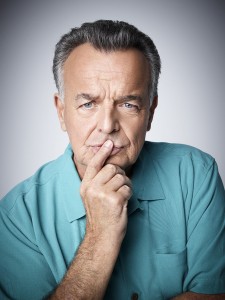 AX: Speaking of good characters, you played the Devil for two seasons on REAPER.

WISE: That was one of my favorite roles of all time.

AX: REAPER creators Tara Butters and Michele Fazekas also created KEVIN (PROBABLY) SAVES THE WORLD, which like FRESH OFF THE BOAT is an ABC series. Like REAPER, KEVIN had a supernatural premise. It only ran for one season, but they got Bret Harrison and Tyler Labine to guest-star on it, reprising their REAPER characters. Did you get to guest as the Devil?

WISE: No, I did not. It would have been great – I really liked that show, I’m sorry it’s gone –but they weren’t able to work it out [in terms of scheduling]. I would love to play the Devil again.

AX: And have you done anything lately that you’ve been surprised how it’s popped, how people are responding to it even though you may have done it awhile ago?

WISE: Yeah. People have been coming up to me about DIGGING UP THE MARROW. That film has become quite popular, and one that I did years ago, called DEAD END, with Lin Shaye. Lin and I have made several movies together, and she’s one of my best acting partners.

AX: Do you think people are finding your work more readily due to the proliferation of streaming services?

WISE: I’m all over the place. I think if you go to Amazon, they have like sixty-eight of my movies or something like that.

AX: How many movies have you made?

WISE: Close to a hundred.

AX: Is it still a thrill, or at this point, is it like you show up to work, and this is what the job is?

AX: And what would you most like people to know about this season of FRESH OFF THE BOAT?

WISE: Oh, just that it’s going to be a lot of fun.

Related:Exclusive Interview with FRESH OFF THE star Luna Blaise

Related: FRESH OFF THE BOAT: Hudson Yang, Forrest Wheeler and Ian Chen on the new season of the ABC comedy