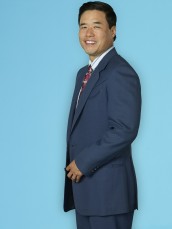 FRESH OFF THE BOAT: Actor Randall Park on the show’s changes – exclusive interview

The actor also discusses ANT-MAN AND THE WASP 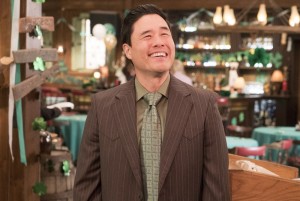 In ABC’s half-hour FRESH OFF THE BOAT, now in its fourth season on Tuesday nights, Randall Park plays Taiwanese immigrant Louis Huang. Based on the childhood recollections of real-life celebrity chef Eddie Huang, FRESH OFF THE BOAT follows the Huang family as parents Louis and Jessica (Constance Wu) try to balance running a country-themed restaurant in Florida with raising three young boys.

Park, a native Los Angeleno who also writes and directs, has a wide-ranging career in television and film. Some of his recent credits include NEIGHBORS, playing North Korean President Kim in THE INTERVIEW, OFFICE CHRISTMAS PARTY, SNATCHED and the upcoming ANT-MAN AND THE WASP. He says he feels a sense of pride, responsibility and gratitude to head up what is currently the only show on U.S. network television with a primarily Asian-American cast.

RANDALL PARK: It’s pretty mind-blowing for me that we’re entering our fourth season, and we’re an Asian-American family on TV, and that we have fans within the Asian-American community for sure, but [also] outside of our community. It’s so rewarding. It’s so rewarding to get stopped by people of different backgrounds who tell me that they watch it with their family, and it just makes me so proud to be a part of it, because there wasn’t one before us, at least for twenty years, since Margaret Cho’s show. And for us to be going into our fourth season is an incredible, incredible blessing and I’m just so thankful for it.

ASSIGNMENT X: How has FRESH OFF THE BOAT changed for you over its four seasons so far?

PARK: Gosh. It’s changed for me in the sense that, with every passing season, I’ve been able to inhabit this character for longer. I think, in a way, the character kind of permeates my real life more and more and more in a good way, because Louis is so positive, he’s so loving, he’s a great dad, great husband, and really like a source of inspiration for me in my real life. And I think playing him over the years has made me more positive, I really do. It makes sense. You inhabit the same person for a long enough time, he starts rubbing off on you. That’s what’s been happening.

AX: So you have now developed a What Would Louis Do outlook?

PARK: Yeah, it’s instinctual, I feel, at this point. I’m just more of a positive person than I think I was before the show.

AX: Do you feel like Louis is becoming more confident, he becoming more aware of his sons as separate people, or is he still sort of seeing them as “family unit”?

PARK: He’s the type of father who lets his kids go out there and live their lives, make their mistakes, but he’s always there for them. And that takes a sense of confidence, I think, in parenting. And that’s something that I have to learn with my own daughter. I have a five-year-old daughter, and I’m by nature very much a helicopter parent, and very protective, but through playing Louis, I think I’ve kind of let her go out there and live her life a little, a little more than I probably would have before the show.

AX: Does your daughter understand what you do as a job yet?

AX: What’s surprised you most about FRESH OFF THE BOAT?

PARK: Working on ANT-MAN AND THE WASP, the sequel to ANT-MAN, and I’m very excited about that.

AX: And what would you most like people to know about FRESH OFF THE BOAT?

PARK: Just looking forward to some more antics and a lot of warmth.