The actor also talks about the new ABC series 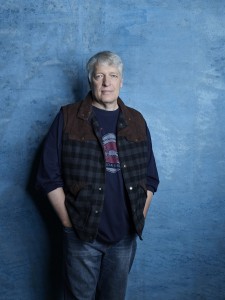 ABC’s EMERGENCE, now in its first season on Tuesday nights, is a mixture of science fiction and family drama. In the series created by Tara Butters & Michele Fazekas, small-town police chief Jo Evans (Allison Tolman) finds her life upended when she tries to protect Piper (Alexa Swinton), a ten-year-old girl who seems to be the lone survivor of a mysterious plane crash. As a variety of people try to kidnap or co-opt Piper, it turns out that the child is actually an artificial intelligence in an organic body. Jo’s ex Alex (Donald Faison) is horrified by the potential danger Piper poses to their teen daughter Mia (Ashley Aufderheide).

Clancy Brown plays Jo’s loving father Ed, who has been diagnosed with terminal cancer and doesn’t want any more treatment, much to Jo’s dismay.

Brown’s film and TV career spans four decades. Among his more notable projects are THE ADVENTURES OF BUCKAROO BANZAI ACROSS THE EIGHTH DIMENSION, the original HIGHLANDER (as the villainous Kurgan), THE BRIDE (as Frankenstein’s first creation), THE SHAWSHANK REDEMPTION, STARSHIP TROOPERS, ER, CARNIVALE, 99 HOMES, CHAPPAQUIDDICK, THE GOLDBERGS, SCHOOLED, and BILLIONS. Brown also does a great deal of voice acting, including the role of Mr. Krabs on SPONGEBOB SQUAREPANTS.

ASSIGNMENT X: After a number of years of playing sometimes rather menacing people, how does it feel to play Ed, who’s a relatively mellow person?

CLANCY BROWN: It’s very fun. I don’t have to do any heavy lifting. I call it my “Uncle Charlie” role, and it’s a blast.

AX: Were you looking to do television at this point, or did EMERGENCE just come up?

BROWN: This sort of came up. I forget what I was doing in New York, and there was a hole in my schedule, and this fit right in. I never know what I’m going to do. I just go by the scripts, and if they’re good, I do them. I never know what’s going to happen.

AX: When you came aboard, did you say to the producers, “Write Ed as being sick from the start, so if I don’t have a good time, you can write me out easily”?

BROWN: No, I don’t tell anybody what to do. They’re writing the show the way they want to, and that’s fine with me.

AX: Are we going to find out that Ed has some secrets?

BROWN: You might. I don’t know. I really don’t know what’s going to happen. I think he should die. That’s my idea. I think little Piper should learn that emotion, that it’s not all bad guys that die. Sometimes people get old and they die, people you love die. But I don’t know if that’s going to be allowed on network television. If I was doing it … [laughs]. People die all the time in EMERGENCE, in horrible, horrible ways. But they’re usually bad guys. But I think it would be nice to die in a natural way and have to explain that [to Piper, who has no experience with the death of loved ones].

AX: EMERGENCE shoots in New Jersey. How is it working there?

BROWN: L.A. It’s fortunate, because my daughter is working in New York, so I get to see her sometimes on the weekends. But I miss being home. 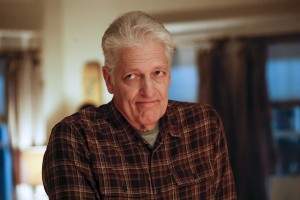 AX: On a practical/CGI scale, how much of the effects in EMERGENCE are practical, and how much is CGI?

BROWN: I would say it’s probably eighty-five/fifteen, but maybe eighty/twenty. It’s hard to do really good CGI on a network show, because we know, as an audience, what good CGI looks like, and sometimes we just don’t have the time, because we’re laying this train track down, to actually do the good, good CGI. So our CGI is more impressionistic.

AX: So when, for instance, the washing machine is jumping up and down off the floor …

AX: Do you enjoy it when it’s more practical effects?

BROWN: I haven’t had to do much of anything with any special effects, so I’m very much enjoying myself.

AX: How is working with the two younger cast members, Alexa Swinton and Ashley Aufderheide?

BROWN: They’re quite good. They’re young, they don’t know everything, but they’re both very smart, and they’re kind of adorable.

AX: How is it playing Allison Tolman’s dad?

BROWN: Fine. I wish I had more scenes with her. I miss her. As her dad, I miss my daughter.

AX: On a different note, are you amused at the fact that HIGHLANDER has lasted all of this time?

BROWN: Yeah. I wish they’d get it together and get that remake going. That movie needs to be remade.

AX: We’ve been hearing about the remake for a while now …

BROWN: It’s ripe for it. There are a few things that should not be remade, but that one definitely should be remade.

AX: You work a lot in the science fiction/fantasy/horror genre. Is that a genre you enjoy as an audience member?

BROWN: Yeah, and that’s a genre that’s kind of taken over the industry, I think. I mean, I remember when going to Comic-Con was to meet the artists that made the comic books, and now it’s a big marketing extravaganza for all the movies, and everything has a science fiction or fantasy or magical bent to it. It’s nothing that I chose to do, it just happened to move in that direction. Which I think is great. It’s a great metaphor.

BROWN: I have a small part in a very good movie called PROMISING YOUNG WOMAN, and there’s a horror anthology I was in called THE MORTUARY COLLECTION, which I’m not sure what’s happening with that. What else? Oh, a small, goofy part in WALDO.

AX: And what would you most like people to know the back half of Season 1 of EMERGENCE?

BROWN: That it’s still full of surprises. The surprises are coming fast and furious up until the very last second of the show.