The actress talks her role in ABC's new series 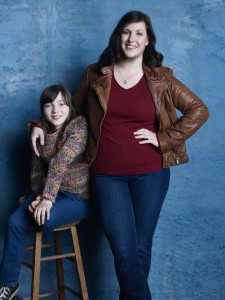 In ABC’s new Tuesday-night series EMERGENCE, Allison Tolman stars as small-town police chief Jo Evans. Jo has an amiable divorce from her ex, Alex (Donald Faison), and they are co-parenting tween daughter Mia (Ashley Aufderheide). Jo and Mia also have Jo’s ailing dad Ed (Clancy Brown) living with them. The family’s relatively tranquil existence is thrown into chaos when Jo meets a mysterious little girl, Piper (Alexa Swinton), who is the sole survivor of a plane crash. Piper seems to be suffering from severe memory loss. Then people try to kidnap the child. Then Piper shows that she may be telekinetic, among other abilities. And this is all in the first episode of the series created by Tara Butters & Michele Fazekas.

Tolman, originally from Houston, Texas, memorably played another small-town law officer in the first season of FARGO, which earned her both Emmy and Golden Globe nominations. Tolman has also costarred in the feature films THE GIFT, KRAMPUS, THE HOUSE, and THE SISTERS BROTHERS, and starred in the half-hour ABC comedy DOWNWARD DOG and a segment of CBS All-Access’s THE TWILIGHT ZONE.

ASSIGNMENT X: Did it take any convincing for you to play a small-town police chief in EMERGENCE, because you already made such a powerful impact playing a small-town cop in FARGO?

ALLISON TOLMAN: Not really. The script was so strong that I felt a connection with the material straightaway. I will say, in the first meeting with Michele and Tara, I said, “Does she have to wear a uniform? And if she has to wear a uniform, can it not be tan?” And they said, “Sure, no problem.” And I was like, “I’m cool, that’s it, that’s great. That’s all I needed to hear.”

AX: And were you a fan of anybody else who’s on the show, like Donald Faison or Clancy Brown?

TOLMAN: It’s so funny. I’ve been a fan of Donald for years, but also, he’s been playing golf with my boyfriend, completely separate from everything else, for the last four years. So my boyfriend has been his golf buddy for years, long before I even knew Donald. We had never met until the pilot. So that was kind of a bizarre meeting. 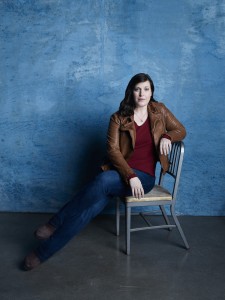 TOLMAN: I adore them, and I feel really heard. I feel like I can call them with any questions, concerns, or suggestions, and they’re there to hear me. They make me feel like a collaborator, and not just an actress, and I think they’re just the best in the business. I’m a huge fan of theirs.

AX: What’s the most fun aspect of Jo for you?

TOLMAN: What I love about Jo is that she really knows who she is and she’s got nothing to prove. I’ve never played a character who’s quite so comfortable in her own skin, and I just really like her, I trust her, I think that she’s got this confidence that I find really sexy and intriguing. I just really dig her.

AX: Besides KRAMPUS and a couple of episodes of CASTLE ROCK, had you done any other genre projects before EMERGENCE?

TOLMAN: I haven’t done any other horror stuff. I did a little independent thriller called BARRACUDA that came out a couple of years ago. We shot in Texas. It’s another thriller. But I haven’t had the opportunity to do as much of that genre as I would like.

AX: EMERGENCE shoots in New Jersey. How is working there?

TOLMAN: We’re having fun. I’ve never lived on that coast. I’m kind of dipping my toe into a different coast. So we’re having a blast. 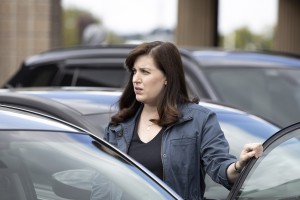 TOLMAN: I am all EMERGENCE, all the time right now. I’ve been kind of married to this show for the past little bit, so this is my sole focus. I do have a movie that just came out on demand called FAMILY, which you can find on demand now. It only had a small theatrical release, but it’s out on video.

AX: And what would you most like people to know right now about EMERGENCE?

TOLMAN: I would like them to know that they’re going to have questions, and we’re going to answer them quickly. They will not be disappointed at the pace with which the show moves.