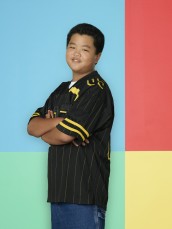 FRESH OFF THE BOAT: The young cast of Hudson Yang, Forrest Wheeler and Ian Chen on the new season – Exclusive Interview 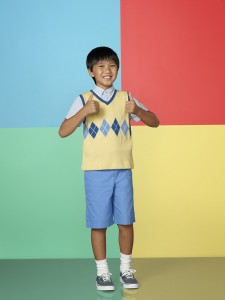 ABC’s comedy FRESH OFF THE BOAT, now in its fifth season, is based on the childhood of celebrity chef Eddie Huang. Eddie’s parents, restaurant owner Louis (Randall Park) and novelist Jessica (Constance Wu), are immigrants from Taiwan, who at the beginning of FRESH OFF THE BOAT, set in the ‘90s, move their family from Taiwanese community in the Washington, D.C. area to a largely white area in Florida.

On the series, Eddie, played by Hudson Yang, is now a teenager. His younger brothers Emery, played by Forrest Wheeler, and Evan, played by Ian Chen (who will soon be seen in the feature SHAZAM!), have also grown over the run of the show.

Yang, Wheeler and Chen are all together at a party thrown by ABC for the Television Critics Association (TCA) press tour.

ASSIGNMENT X: When you got FRESH OFF THE BOAT, were you expecting that it would be a hit, or did you have any expectations for it at all?

FORREST WHEELER: There’s definitely that factor where you don’t know, but when I got the pilot, I remember, I was eating Chinese food at this restaurant by my house, and I was with my mom, and she told me that it got picked up, and I was like, “Hmm, I knew that.” I had this gut feeling. I’ve always had that gut feeling of, “Oh, we’re going to get picked up, oh, this is going to be successful.” There was something different, there’s something unique about this show.

IAN CHEN: Yeah. FRESH OFF THE BOAT is the first TV show featuring an all-Asian cast in twenty years. So I was kind of anticipating it, because ABC is trying to diversify their network, but my mom was picking me up from art class, so when she told me, I was like, “Wow.” I think I was actually on the floor of my house, for some reason. I just remember that part.

AX: Did they describe your characters at all to you when you started?

AX: So they just decided they wanted everybody to be slightly smaller to start with, so you had room to grow, I guess?

AX: Do you have to do scenes on tiptoe with him? Does he have to crouch?

WHEELER: We were actually just shooting a scene, and it was kind of difficult, because we were standing next to each other, and like, “Oh, my gosh, he’s so much taller.” It was kind of hard to do the scene.

HUDSON YANG: I think one good thing is, they kind of bend it to our situations. They make jokes, and make it a little easier for things to go out. One good thing is that we’re all still children, so we’re all still growing a lot. Ian pretends that he’s short, but he’s actually been steadily increasing his height. 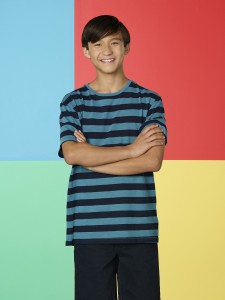 AX: In the series, Emery and Evan had an episode where they decided they wanted to continue sharing a room. In reality, would you really want to keep sharing a room with your brother, or would you jump at the chance to have your own room?

WHEELER: Well, with these brothers …

WHEELER: Like last year. They already had separate beds, and they’re both growing up, so you never know what’s going to happen.

CHEN: But Emery is turning into a teen, so …

YANG: He’s in high school, too.

AX: Do you get a lot of fan mail and/or social media response? If so, what’s that like? 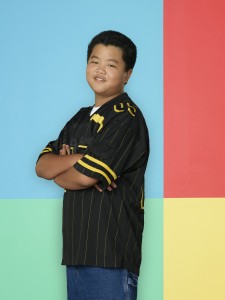 CHEN: And also, there was one instance where just the episode where we unplugged the dishwasher, so many people have related to that on Facebook. They related to the things that the Huang family has done.

YANG: Our show really just boils down to family dynamics, so every scene that we have, someone can relate to that, because it’s from someone else’s experience, one of the writers’ experience.