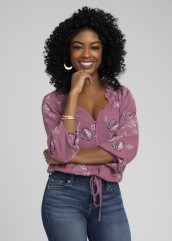 The actor talks about her role on the freshman CBS series 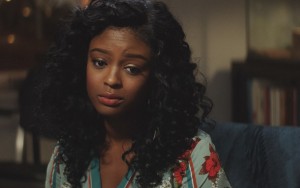 In CBS’s Sunday night freshman dramedy GOD FRIENDED ME, atheist Miles Finer (Brandon Micheal Hall) is friended on social media by someone claiming to be the Almighty. The new friend makes suggestions to the skeptical Miles on who else to befriend and how to help people.

Miles’s loving sister Ali is played by Javicia Leslie. Ali is a psychotherapist and a lesbian. The latter is challenging to the siblings’ father, Pastor Arthur Finer (Joe Morton), who likewise has trouble dealing with Miles’s beliefs.

Leslie was born in Germany and raised in Maryland. Her credits include regular roles on HELLO CUPID REBOOT and CHEF JULIAN, and a recurring turn on CBS’s MacGYVER.

Leslie says that for her, “What’s interesting is that it starts off with social media, but then it makes [Miles] put his phone down and get active in his community and have that connectivity.”

ASSIGNMENT X: What’s your interaction like with Facebook? If somebody showed up on Facebook, friended you and said, “Oh, I think you should friend this person and that person …”?

JAVICIA LESLIE: To be one hundred percent honest, I am terrified by Facebook. I’ll do Instagram, but Facebook terrifies me, because it just feels like it’s a billion people there, and I just don’t – I did it when it first came out, but now I’m confused [laughs]. I’m on Facebook, but I just don’t understand how it works anymore. I can’t believe I’m saying that. I’m on Facebook, I don’t understand how it works. Twitter, I get, so every once in awhile, I Tweet my thoughts. But I’m on Instagram – I love videos, I love pictures …

AX: If somebody contacted you through a form of social media that you’re comfortable with, whatever it is, and said, “I’m God, and I think you should do this,” what would your response be?

LESLIE: I’d laugh. And I would ignore the message [laughs]. 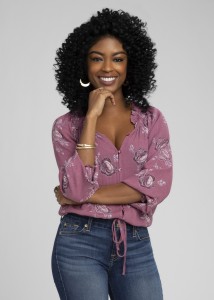 AX: Did you have to learn anything about Ali in terms of what she does in the psychotherapy field?

LESLIE: We’re still working on that, we’re still learning that. It’s funny, because it’s more than that – I think I psychoanalyze everything, personally, so we have that connection. But she’s also a bartender – I used to be a bartender. She also has a brother that she loves dearly that she’s always trying to help. I have that in my life. Me and my brother are eight years apart, so I am his therapist [laughs].

AX: And did you have any knowledge of the lesbian scene in the area of New York where Ali lives?

LESLIE: Yes [laughs]. I mean, come on. I live in L.A., and then before that, I lived in D.C. I have friends, I have family members – I don’t even look at it like that. It’s just day to day. No matter how simple it does seem to me, I do understand that it’s still a battle that’s being fought, especially [for Ali] as an African-American gay woman whose father is a pastor. But I think that the most important part of this is to speak through Ali, is to show that my dad loves me regardless, what I have to say is just as important as the next person. So that would be a lot of Ali’s story.

AX: Is Ali an activist in any respect, or is she mainly involved in her work?

LESLIE: There’s going to be a little twist, because she psychoanalyzes everything, and to see this dynamic between her father and brother becomes very interesting to her, and she starts to find a way to kind of analyze scenarios and use them for the growth of her career and he knowledge in analyzing other human beings.

AX: How is it playing the daughter of a character played by Joe Morton?

LESLIE: Well, he comes from being Kerry Washington’s father [on SCANDAL]. Now he’s my father. I think that’s the dopest thing ever. It’s super-cool also because he’s a theatre actor. So there’s a lot of learning from him when we have scenes together. And then just being around Joe himself is very lovely. He’s an amazing human being.

AX: And how is it playing Brandon Micheal Hall’s sister?

LESLIE: Brandon and I, you would think that was really my brother. When we’re in New York, we do a lot together. From the moment that I was cast, we’ve been connected at the hip. We’ll dog-sit each other’s dogs – that’s my brother.

AX: So are you shooting on location in New York?

LESLIE: Yes. Oh, my gosh, it’s beautiful. The actual city is a character, a heavy character, in the show. And I’d never been to New York before this show. I’m from Maryland, lived in L.A. for six years, but New York is new.

LESLIE: Yes. I have several films hitting the festivals. One is STUCK, another one is a French film called PAS HONTEUX, and then I also have another film that will come out [in 2019] called THE FAMILY BUSINESS, with Ernie Hudson.

AX: And what would you most like people to know about GOD FRIENDED ME?

LESLIE: Oh, man. If you want a warm hug on a Sunday night, watch GOD FRIENDED ME.