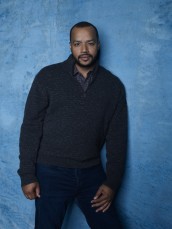 The actor talks playing the show's voice of caution 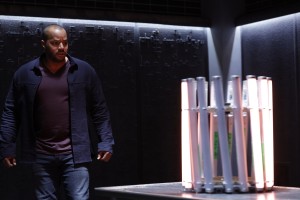 In ABC’s EMERGENCE, which has its first-season finale on Tuesday, January 28, Donald Faison plays Alex Evans. In the series created by Michele Fazekas & Tara Butters, Alex is the affectionate ex-husband of small-town police chief Jo Evans (Allison Tolman) and father of their teen daughter Mia (Ashley Aufderheide). Alex and Jo have had an amicable divorce up to this point, but he starts questioning Jo’s judgment when she rescues and brings into her home ten-year-old Piper (Alexa Swinton). Piper is not a normal little girl. In fact, she’s a sentient artificial intelligence, who has all manner of dangerous people after her. While Jo, her associates, Mia, and Piper herself all want answers, Alex would rather they all remain ignorant if it keeps them safe.

Faison spent nine seasons as Dr. Christopher Turk on the half-hour comedy SCRUBS (he won two successive BET Comedy Awards for the performance). Other credits for the native New Yorker include the feature films WAITING TO EXHALE, REMEMBER THE TITANS, SKYLINE, and THE WAVE, and regular/recurring roles in CLUELESS, FELICITY, THE EXES, and RAY DONOVAN. Faison also currently voices Hype Fazon on the animated STAR WARS RESISTANCE.

At a Q&A session for EMERGENCE, Faison says that it’s easier to not know where the story is going when playing Alex. “I know very little, and the less I know, the easier it becomes to play the character. So I question everything as an actor, but also as Alex. And what I really love about my character particularly is that he’s a father, and he’s really just trying to protect his daughter and his ex-wife. That’s his goal. When this little girl comes into their lives, she’s very dangerous, and it’s kind of hard to look at a kid, and be like, ‘I wish you weren’t here.’ And so that’s a great dynamic for an actor to play, too.”

Faison had never met Tolman before making the series, but, coincidentally, he played golf with her boyfriend. “So any idea of Allison that I had came from him, and he loves her. So when meeting her, it was like I kind of knew her already, but not really. It was really easy. After the first take on my first day, it just seemed like, ‘Oh, wow! We’ve got some chemistry here’.”

In a one-on-one conversation, Faison talks more about his EMERGENCE character.

ASSIGNMENT X: Alex has been the voice of caution more than anybody else on EMERGENCE …

DONALD FAISON: Right. I feel like the situation needs that. All these normal people are acting like this is something that happens every day. I feel like Alex is the guy that’s like, “Wait a second. We should question some of this.”

AX: Do you feel like playing the voice of reason is a burden as an actor, or is it fun that you’re getting to be the one odd person out?

FAISON: I like that. I like that he’s the more cautious person. I’ve never played that guy [before]. I’ve played the guy that’s ready to go and, “What is it going to be? That’ll be fun.” This is a good tone to play.

AX: Do you think that Alex wants to get back with Jo? 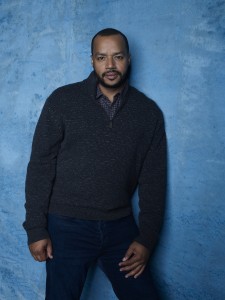 AX: A few years ago, you were in the movie SKYLINE, about an alien invasion of Los Angeles. Practically everything on that film was CGI. So is doing EMERGENCE easier than doing SKYLINE?

FAISON: Yes [laughs], it’s a lot easier than SKYLINE. We imagined everything in SKYLINE [because it wasn’t physically there on set]. This, they give us practical effects to work with and stuff. Some of it is practical. So some of it is actually on a string – things are lifted by little tiny fishing wire and stuff like that. I find it more difficult to act against CGI stuff, because you don’t know exactly what it is you’re dealing with, you know what I mean? Whereas when it’s practical, you can imagine it easier.

AX: Do you have a favorite scene you’ve done in EMERGENCE – not asking for spoilers, but in what we’ve seen so far?

FAISON: Yeah. Chris [a police officer in Jo’s department, played by Robert Bailey Jr.] and Alex go on a little adventure together, and I had a lot of fun shooting that.

FAISON: Right now, you can watch STAR WARS RESISTANCE on Disney+ if you want to.

AX: And what would you most like people to know about the end of Season 1 of EMERGENCE?

FAISON: Believe it or not, it gets crazier.