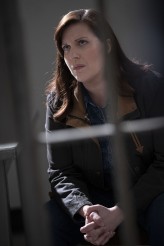 EMERGENCE: Actress Allison Tolman talks about the second half of Season 1 – Exclusive Interview

The actress chats about her ABC TV series 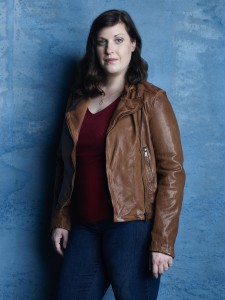 In ABC’s Tuesday-night series EMERGENCE, which has its season finale January 28, Allison Tolman stars as small-town police chief Jo Evans. In the series created by Michele Fazekas & Tara Butters, Jo is also the mother of teen Mia (Ashley Aufderheide) and ex-wife of amiable Alex (Donald Faison), Jo has rescued Piper (Alexa Swindon), the sole survivor of a plane crash that officially never happened. Piper is a sweet, affectionate ten-year-old girl who is actually an artificial intelligence in an organic body. A lot of people keep trying to destroy, steal and/or reprogram Piper. Jo has her hands full trying to protect the child and her own family while she tries to find out exactly what’s going on, but the mystery just keeps deepening. Now the FBI is involved, in the person of flirtatious Special Agent Ryan Brooks (Enver Gjokaj).

Tolman, nominated for an Emmy for her work as small-town deputy Molly Solverson in the first season of FARGO, takes some time to discuss the latter half of EMERGENCE’s first season.

ASSIGNMENT X: What has most surprised you in the course of EMERGENCE?

ALLISON TOLMAN: I would say how quickly things happen has been the most surprising thing to me, the fact that they’re not stingy with their reveals.

AX: How has been negotiating the reactions to revelations about Piper? Because we’ve seen practically every possible reaction you can have …

TOLMAN: Yeah. I think that it’s been really fun to play with that. My favorite reaction to Piper was Chris [Jo’s police aide, played by] Robert Bailey Jr., when he was just like [very calm], “All right, that makes sense.” I thought that was so charming, and so unexpected, and so in line with who his character is. I think those are the best moments in film and television, are things that feel at once surprising and inevitable. And so when they happen you’re like, “Oh, that’s so delightful, and of course that’s the way that it’s going to go.” So I think Chris’s reaction to Piper has been my favorite so far.

AX: Do you think your character Jo wants to get back with Donald Faison’s character Alex?

TOLMAN: I think there’s a part of Jo that is really comforted by his presence, and would really lean heavily into the status quo if she was allowed. The introduction of Agent Brooks into our world has kind of upset things a little bit, because there’s obviously an attraction and a chemistry there, and that is very much the opposite of the status quo that really would upset things if she started something, so – I mean, hello. You’ve seen Enver. 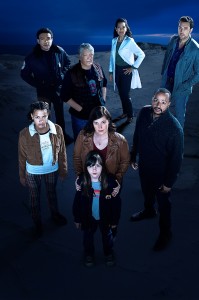 TOLMAN: Great. I love practical effects. There are some things you can only do with VFX, [but] I think having practical effects is so much more fun. Practical effects are so much fun. You get to actually react to something in the room. So I think we’ve been really lucky to have a lot of those.

TOLMAN: As far as difficulty goes, we shot a lot of scenes in the finale that was a lot of people all together in one room. So you shoot eight people in a room, and it’s just a lot of shooting, a lot of coverage. Those were very long days, and you get bored of saying the same lines over and over again eventually. My favorite scenes are always scenes where you get to speak words with another person, whether that’s Donald Faison, or Enver Gjokaj, or Alexa Swinton. I love to do a scene where you just get to sit and talk to another human. I think that those are so grounding and so refreshing as an actor.

TOLMAN: I have a movie premiering at Sundance this year called SWING SHIFT, and I’m probably going to go publicize that. I have a very small role in it – I’ve been very lucky that they are allowing me to come out and be there for Sundance.

AX: And what would you most like people to know about the rest of EMERGENCE Season 1? 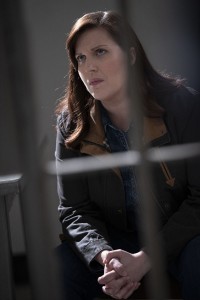 TOLMAN: I think just that it’s not going to let up. The pace that we’ve set thus far is going to continue through the finale, and if people are into that, then you can expect more of that all the way through the end.