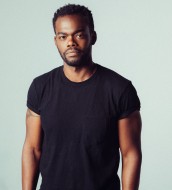 THE GOOD PLACE: William Jackson Harper on the final season of the NBC comedy

The actor talks his work on the comedy/fantasy series 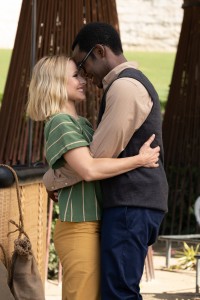 NBC’s wonderful philosophical comedy/fantasy THE GOOD PLACE is drawing to its series finale after four seasons. Created by Michael Schur, THE GOOD PLACE deals with a reformed demon (Ted Danson), an almost all-knowing AI named Janet (D’Arcy Carden) and four humans who are now trying to save humanity from either obliteration or eternal damnation. (Originally, they were all in the Bad Place, which was pretending to be the Good Place. Watch from the start and it will all make sense.) The show is incredibly smart, astonishingly hilarious, and often surprisingly moving. The hour-long-plus finale airs Thursday, January 28; before that, half-hour episodes air Thursdays.

William Jackson Harper plays Chidi Anagonye, a professor who taught ethics while on Earth. Formerly indecisive (his inability to figure out what to do caused his mortal life to end when he was hit with a falling air conditioner), Chidi has learned to loosen up and found his soulmate Eleanor (Kristen Bell) in the afterlife while attempting to save the world.

Harper, a native Texan, has appeared in a number of other series and movies, including the recent THEY REMAIN, MIDSOMMAR and DARK WATERS.

ASSIGNMENT X: Over the four seasons of THE GOOD PLACE, do you have a favorite scene or episode?

WILLIAM JACKSON HARPER: Probably “Dance, Dance, Resolution.” It’s the episode with all the reboots, the various different twists on THE GOOD PLACE. I thought it was such an amazing twist on storytelling, another way in which we keep blowing things up. I love that one. 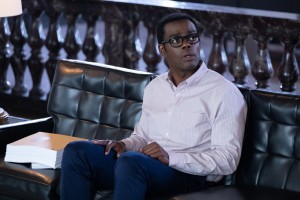 William Jackson Harper as Chidi in THE GOOD PLACE – Season 4 – “Mondays, Am I Right” | ©2019 NBC/Colleen Hayes

AX: And did you have to learn anything at any point in order to play Chidi, like anything about the philosophy he teaches?

HARPER: I tried to read a few different books, the most recent of which is WHAT WE OWE TO EACH OTHER by T. M. Scanlon. And I am just not smart enough to really grasp it. So when it came to playing this part, I usually wound up just going to Wikipedia and getting a very basic layman’s understanding of it, so I can at least have a decent enough understanding when I’m doing the lines so that I can appear that I know what I’m talking about.

AX: While THE GOOD PLACE has some naturalistic sets, a lot of the sets are things you might see in experimental theatre. 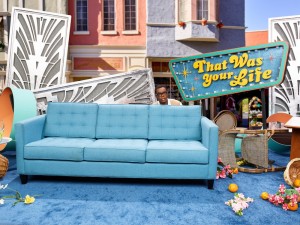 HARPER: Well, it’s actually a lot of fun. Because I’d done a lot of theatre before this job, and so in a way, the sort of weird, vague impressionist stuff [laughs]. I felt more at home sometimes in those spaces, because it’s just something that you as an actor, making it all up, which is closer to what I’m used to doing.

AX: When you weren’t working on THE GOOD PLACE, you did DARK WATERS, which is fact-based and very potent, and a couple of horror movies. THEY REMAIN is a two-hander with you and Rebecca Henderson. It’s one of the few films I can think of that really pulled off, “Okay, is he crazy, is she crazy, are they both crazy” all the way to the end.

AX: So congratulations for that. And then of course I saw, like most other people, MIDSOMMAR. Is horror a genre you’re drawn to, or is that just how you’re getting cast? 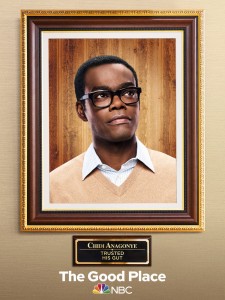 HARPER: It’s how I’m getting cast, but I do like horror movies quite a bit, and the weirder, the better. I’ve never been a fan of the slasher thing, just because you’re just kind of waiting for all the characters do die except for one or two. Movies like THEY REMAIN, or like HEREDITARY, you’re sort of in this place where you really don’t know where the real fear is coming from. The fact that there’s something that is not right, but you’re not a hundred percent sure what it is exactly, is infinitely more frightening.

AX: And what would you most like people to know about THE GOOD PLACE?

HARPER: Well, that we are having as much fun as it looks like we’re having. It’s a great group of people, and if you encounter any of them in real life, they are just as amazing as people as they are performers. 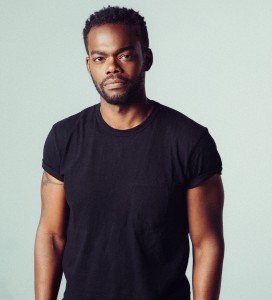 Related: THE GOOD PLACE star D’Arcy Carden on the fourth and final season of the NBC comedy series – Exclusive Interview