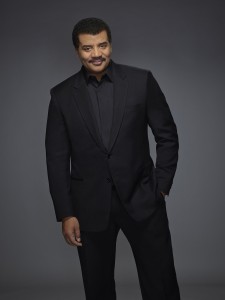 COSMOS, the nonfiction series devoted to science and space exploration, originally premiered in 1980. Initially the brainchild of astrophysicist/author Carl Sagan and author/filmmaker Ann Druyan [who married one another after the first series], COSMOS was revived by National Geographic Channel in 2014, with a subtitle, as COSMOS: A SPACETIME ODYSSEY. Now National Geographic brings back the multi-Emmy-winning COSMOS as part of its STORYTELLING UNLEASHED programming as COSMOS: POSSIBLE WORLDS, airing Monday nights.

Braga is known to STAR TREK aficionados for his work on STAR TREK: THE NEXT GENERATION, STAR TREK: GENERATIONS, STAR TREK: FIRST CONTACT, STAR TREK: VOYAGER, and STAR TREK: ENTERPRISE. His other producing, writing, and/or directing work includes 24, FLASHFORWARD, TERRA NOVA, SALEM, and THE ORVILLE. An adaptation of Clive Barker’s BOOKS OF BLOOD is in post-production.

Braga tells a group of journalists about the origins of one episode of COSMOS: POSSIBLE WORLDS. “When we were first talking about the new season, there was the very first story, to my recollection, that Ann mentioned to me that she’d been sitting on for decades, that she and Carl had found, was the almost unknown story of a Russian scientist named Vavilov, who created the first seedbank in Russia and ended up being murdered by Stalin. I’m spoiling the plot for you, I just realized. And she was so excited about telling his story, which was a story of a man sacrificing his life to defend the integrity of science, and his colleagues, who had also sacrificed their lives to protect his seedbank, which still exists. It was such an inspiring story and such a great example of an idea that we would develop into a deeper script, with all sorts of other avenues going on. Having to understand the science behind Vavilov’s research, and all the other avenues that this story would develop into, and then deciding how to depict this episode. We decided to go with an unusual form of animation, stop-motion animation. As [co-executive producer] Kara [Vallow] can attest, it’s extremely expensive and time-consuming.” He turns to Druyan. “Ann, is that a good example?”

“That’s a great example,” Druyan agrees. “I want to say that, thanks to [fellow executive producer] Jason [Clark], we were able to get Viggo Mortensen to be Vavilov. And so it exceeded my wildest dreams. It’s a story I actually didn’t discover until after Carl’s death. When I was going through our library and found this little skinny book, and in it, I found Carl’s very distinct handwriting in the margins, and I started to read the story. And I thought, this was a man who said publicly – in the darkest time, when Stalin had a stranglehold on everyone’s voice, he stood up in public and he said, ‘You can burn me alive. You can take me to the stake. But you can’t make me lie about science.’ He was sealing his own fate. And I was thinking at this moment how much we need someone to voice our yearning to know that it matters what’s true. That’s what we need, is that we’re going to meet the challenge that the scientists have prophesied, and is now coming true in our lifetime, in our present, then we have to communicate that value. It matters what’s true to every citizen, to everyone, so that they’ll feel it as deeply as Vavilov felt.”

ASSIGNMENT X: What do you get to do with the documentary form in COSMOS that you don’t get to do in narrative television like STAR TREK? 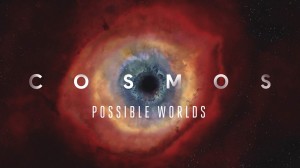 BRANNON BRAGA: Well, it’s a funny question, because this is a documentary, but I can’t take cameras into outer space. So I’m kind of doing the same thing, in some ways, as I did on STAR TREK, which is create sequences from scratch. But in this case, I can’t make any crap up. So this is an opportunity to tell science stories, versus science-fiction stories.

BRAGA: Or, “What could a nebula look like?” Or, “What could the quantum realm look like with a photon flying through it?” Which no one’s really depicted at this budget and at this scale before as part of a story. We’re making stuff up, but no one’s seen a photon. I don’t think anyone’s done a really great job at depicting one. We had to decide, based on what we understood. And that’s what the fun of it is – you have these scientific parameters, and it helps you focus. Nothing about what’s real is any less fantastical – this is all more interesting than anything I made up. 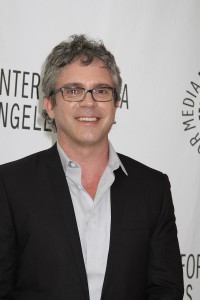 AX: And what would you most like people to know about COSMOS: POSSIBLE WORLDS?

BRAGA: I would like people to know what they already know, which is, a show about science as a methodology to discern what’s real and what’s not real is needed more than ever in these times. So I think this show is coming at a time when we need it the most.