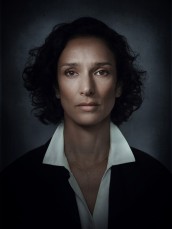 The actress talks about her role in the new ABC drama 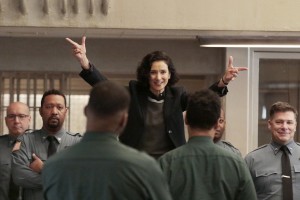 In ABC’s drama FOR LIFE, on Tuesday nights in its first season, Nicholas Pinnock plays wrongly convicted prison inmate Aaron Wallace. FOR LIFE and the character of Aaron are both loosely based on the life and experiences of Isaac Wright, Jr., who is one of the show’s executive producers and consultants. Like Wright, Aaron gets a law degree and begins defending other prisoners who are either altogether innocent or have disproportionate sentences. Aaron’s driving force, however, is trying to exonerate himself in order to get back to his wife and daughter.

Indira Varma plays prison warden Safiya Masry, who is sympathetic to Aaron’s plight, but has to balance his needs with her own. Safiya’s wife Anya Harrison (Mary Stuart Masterson) is running for district attorney in New York, and doesn’t want to appear soft on criminals.

At a FOR LIFE Q&A session, Varma talks about the series and her own connection as an artist with the British prison system. When the session concludes, she makes time for additional discussion.

Varma compares the journeys of both the real Wright and the fictional Aaron to Homer’s THE ODYSSEY. “Like Odysseus, [Aaron] meets people along the way, and they have stories, too. And I think in this format, we then learn about those different people who have been affected and who are experiencing the prison system. And I think that’s one of the things that Isaac has brought to us as well, is that this is not about vengeance. This is not about, ‘I’m going to get my justice,’ or whatever, not just that. He is working on behalf of other people, and I think that’s also what’s really exciting about this show.” 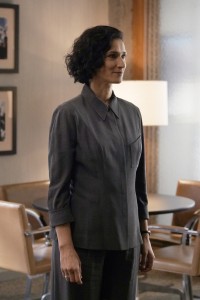 In terms of research for playing a character who works in a prison, it turns out that Varma had extensive experience with this in England before ever becoming involved with FOR LIFE. “This is a bit personal. I’ve had a twenty-year relationship with prison. I have friends who [are involved with] a charity in London called Only Connect, and they do theater in prison. So I used to go in and do workshops [for acting in prisons]. And then I have another friend, who has another charity, called Clean Break, which is working with women in prison, who have been through the system, and it’s about cultivating writing. And then I got obsessed with [the podcast] EAR HUSTLE.

“And then,” Varma continues, “this script came along, and I thought, ‘Well, it’s meant to be. This is entertainment with a purpose. It’s about everything that I am genuinely passionate about.’ And I get to play Safiya Masry, who is a newbie. She’s only been in the prison, Belmore, for five months, and she’s an optimist. She’s liberal, and she wants to make change because of where she feels the prison system is this archaic [institution]. It’s holding people back. And so she goes in there, the optimist. And like [series creator] Hank [Steinberg] was saying, she really does have one arm tied behind her back, because not only do you have to negotiate potentially difficult inmates, you also have to negotiate the prison board, who may not be quite so liberal as you, and so that’s a bit of background.

“But also, one of the things I feel like we should add is that [Safiya has] a life outside prison, which is great. And so does [Aaron], obviously. It’s about negotiating a relationship, which I think is really exciting. I hear a lot [about this] on the podcast EAR HUSTLE. They talked about, ‘How does one maintain relationships when somebody is inside?’ But also, all of the compromises that take place. Also, as the prison warden, the optimist, how far does she go when she has someone back home who is saying, ‘What the hell? This is affecting my job’? Mary Stuart Masterson, who plays my wife in it, is running for attorney general, and so therefore, there are compromises that have to be made at home. Also, we have a family. We have kids. And so I have a certain set of values, which I am trying to input in my work in prison, but how am I dealing with that at home? Do you do the same? Are you living your same life outside prison as you are in? So there’s lots going on. It’s cool.”

ASSIGNMENT X: Can you talk a little more about your experience of doing workshops in the prison system?

INDIRA VARMA: Well, actually, I was young, and my friend because I was an actor. She wanted me to come in and do some workshops with some of the prisoners in England, in London, Wormwood Scrubs, and I went in, and I really enjoyed it. Of course, I was initially frightened about being a twenty-something-year-old going into with these guys, and being locked in. It was that first experience of being locked in, into a prison, and being searched, and going through security, and all that kind of thing. The sound – I don’t know if you’ve ever been in a prison, but there’s a particular kind of atmosphere. The double doors, the clink of heavy doors as you’re shut in – they lock you in one bit, and then you have to wait before you’re let in through the next bit, and all that kind of thing, the sound of the keys. And I was nervous, I was frightened. I wasn’t nervous of the men, but it was a daunting atmosphere. 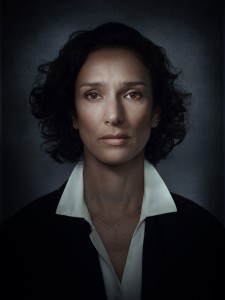 AX: How did you feel about your friend’s initiative to do the workshops?

VARMA: I admired her courage. And also, I feel essentially we’re all good as human beings. And I feel, like in this story [FOR LIFE], I don’t know if you’ve seen JUST MERCY, with Jamie Foxx, or WHEN THEY SEE US [both concern men wrongly arrested and convicted due to racism], this is a subject that is necessary to be talked about, right now.

AX: How did the prisoners respond to the idea of an acting workshop?

AX: How were you changed?

VARMA: Well, I felt like I saw the human being behind the term “prisoner.” From a mass of inmates – who are they? They became individuals. And I think that’s what this show is about.

AX: It seems like most of your prison research has been in England, and FOR LIFE is set in New York. Are you finding there are any huge differences between U.K. prisons and U.S. prisons?

AX: Since Nicholas Pinnock is also British, and you’re both playing Americans, do you both have to work on one of you not triggering the other one’s real accent?

VARMA: No. Nicholas stays in his accent, because he’s working twenty-four hours a day, practically, on this show. He stays in his accent, and we both have an amazing guy called Jerome Butler, who’s our dialect coach, and we’re doing both quite different [accents]. I’m [Manhattan], New York, middle class, and he’s playing Bronx. We don’t trigger each other at all, actually.

AX: What would you say Safiya’s work/life balance is?

AX: In GAME OF THRONES and CARNIVAL ROW, you’re playing some very upper-class and homicidally angry people. Is it sort of a relief to play someone like Safiya, who is determined but a little less angry?

VARMA: It’s not that it’s a relief. I’m a hired actor. I just go where the interesting work is, and I do a lot of theater, so I love variety. I feel like that’s what excites me. So I don’t want to keep playing the same thing over and over again.

AX: And what would you most like people to know about FOR LIFE?

VARMA: Oh, gosh. It’s so hard to give a snap little snippet, anecdotal sentence. I think it’s essential viewing, and what’s wonderful about FOR LIFE is that not only is it a really great big drama set in a prison, but the sucker punch is the fact that it is influenced by a real person’s story. And it’s that thing of, you read a good script, you think, “This is really fantastic.” And then when you hear that it’s actually true, that this really happens, it has more meaning. And I’m hoping that it will up people’s level of empathy and [help them] learn not to have snap judgments.

Related: Exclusive Interview with FOR LIFE star Nicholas Pinnock on Season 1 of the ABC drama