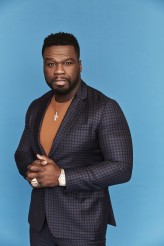 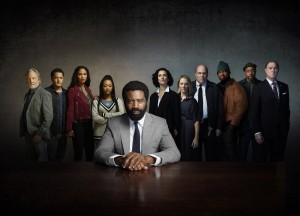 FOR LIFE, the new drama premiering on ABC on Tuesday, February 11, is loosely based on the real life of lawyer Isaac Wright Jr. The series stars Nicholas Pinnock as Aaron Wallace, who is wrongly convicted of a crime he did not commit and sentenced to life in prison. Aaron studies to become a lawyer while incarcerated. He hopes to clear his own name and reunite with his family. Meanwhile, once he is qualified, Aaron represents his fellow inmates in court.

Curtis “50 Cent” Jackson is one of FOR LIFE’s executive producers and also appears in the series as Cassius. He has a special message for Assignment X readers. “People should immediately tune in to watch this. It’s easy. It’s free TV. Way easier than having to pay for something.”

More seriously, Jackson has also been an executive producer on Starz’s just-concluded drama POWER, which ran for six seasons. POWER focused on James “Ghost” St. Patrick (Omari Hardwick), and was in some ways the inverse of FOR LIFE. POWER’s Ghost was a drug dealer, posing as a legitimate businessman, while FOR LIFE’s Aaron is an honest man who is falsely judged to be a criminal.

Jackson acknowledges that the symmetry in the two series’ subject matter is intriguing, but that’s now how he became involved in FOR LIFE. As he explains at ABC’s Q&A panel for the series, “[FOR LIFE] came to be because of my relationships. I was actually promoting at the time. I was a licensed boxing promoter in Nevada, and me and Floyd [Mayweather] partnered to do TMT promotions. He then changed his mind and went to go do TMT by himself. So I had SMS Promotions. A friend introduced me to Isaac. [It started because the friend] wanted me to come to their actual boxing event. It wasn’t technically legal.” 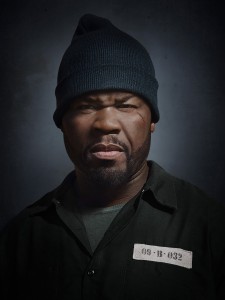 This gets a laugh from the audience. Jackson laughs, too. “And I said I wasn’t going to go until they figured something out. So they hired Isaac [as their lawyer] to figure out how to legalize the event. And after they legalized it, they brought him to assure me that it was actually legal. And then I was like, ‘Okay, I’ll come.’ And then [Wright] got into communications, and we started talking about a story.”

Not just any story, but Wright’s life, from unjustly imprisoned inmate to lawyer working to help those who have been abused by the legal system. “And then,” Jackson continues, “I was like, ‘Yo, this is a hit.’ I know a hit when I hear one. I know what I’m doing. You’ll see it when it’s Number One.”

There was some discussion as to whether what became FOR LIFE should be a movie or a TV series. “He had the idea initially to make it a feature film,” Jackson explains. “When he was describing his story, it was so vivid, and the timelines were right.” 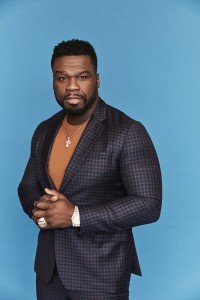 There was also, Jackson relates, some initial skepticism on his part. Wright’s story of refusing to take a plea deal and winding up being punished for it, and his subsequent journey, seemed too epic to be true. “And I was like, ‘What the f*** is going on? No, you are not telling me your life. You are telling me the story that you made up of your life.’ And then, when we got into it, I got a chance to get him to the writers. Everyone I know would reach a point in their actual legal situations where they are going to take advice from their legal counsel. And their legal counsel will advise you that [if pleading not guilty], ‘You are going to go to jail for a longer period of time than you actually want to. You should maybe take this plea.’ And when you,” he addresses Wright, who is also on the panel, “tell him you didn’t take the plea, and then you went on, I was Googling it at the same time, because I wasn’t really believing everything [Wright was] saying. And I’m looking, and I’m going, ‘Yeah, so you did it. It really did happen. Man, this is going to work. This is going to be really big.’ And I attempted to do it with different writers. It didn’t work out. That’s why I know Hank [Steinberg, FOR LIFE’s creator and Jackson’s fellow executive producer] is the guy. I had two guys, they were working on it, and it was like, ‘This is not it.’ Usually, when I don’t have the right chemistry with writers, I like to bring new producers. I went to Doug [Robinson] and Alison [Greenspan, both executive producers on the series, and they got me Hank, and now I’m here, baby.”

The preceding is from ABC’s portion of the Winter 2020 Television Critics Association (TCA) press tour.